Working Wednesday. It’s a day to put in work so why not get things going with Bobby Shmurda rapping from jail? You only live once, but is that really Drake‘s saying? Speaking of Drizzy, did his new mixtape really break a record? All this coming up in SOHH Whatcha Think.

Not even jail could keep Bobby Shmurda back and now there’s new music from him courtesy of a new French Montana and Rowdy Rebel song, “Right Now.” Music Times has the info:

The trio link up on a quality beat with deep-booming bass, fast-firing 808s and various whistle and airhorn samples that give it hit quality. Shmurda, Rebel and Montana all get their own verses, while French raps the hooks about living life to the fullest right now. (Music Times)

Did F.U.B.U. create Y.O.L.O.? That would seem fitting considering the clothing line built its brand off an acronym. XXL Mag is on it:

FUBU founder Daymond John is making a once-in-a-lifetime claim: that he coined ‘YOLO’ before Drake made it a worldwide phenomenon. Though the term–an acronym standing for ‘You only live once’–was made famous by the Canadian rapper’s 2011 hit “The Motto,” John recently pointed out to TMZ that he had used it at least two years prior, on an episode of ABC’s Shark Tank, where he sits on a panel of distinguished entrepreneurs and evaluates pitches from aspiring businessmen and women. The clip, included below, is pretty irrefutable, with John advising a contestant, “I consider this what we call a YOLO moment–you only live once.” (XXL Mag)

Truth be told, hasn’t YOLO been used before both of them? #SOHHWhatchaThink?

Did you get the new Drake mixtape? It seems like If You’re Reading This It’s Too Late is going to go down as a huge Drake release. BuzzFeed has some big info: 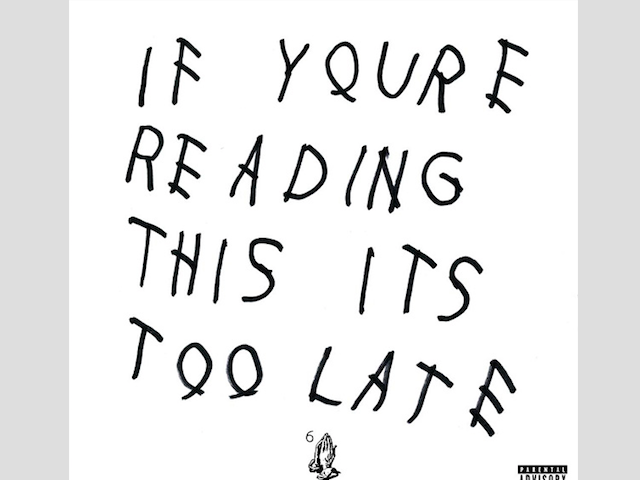 The previous record for debut-week streams was set by Drake’s last album, Nothing Was The Same, which was streamed 15.6 million times in its first week in 2013.

Did you get your copy yet? Is this his best work to date? #SOHHWhatchaThink?