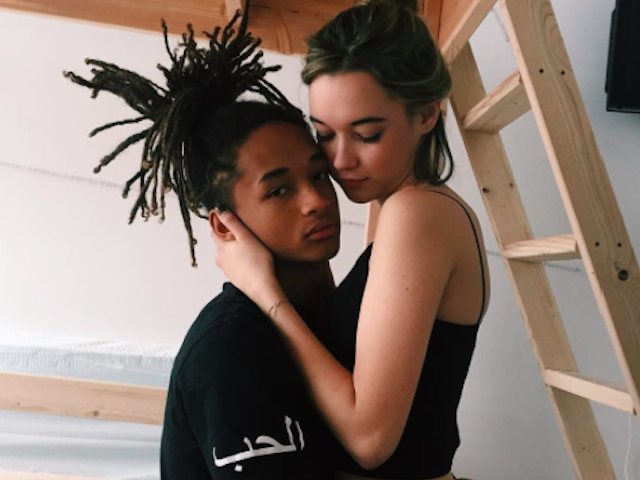 Hollywood actor Jaden Smith‘s girlfriend Sarah Snyder has stepped up with her reaction to vixen Blac Chyna blowing up across social media this week. 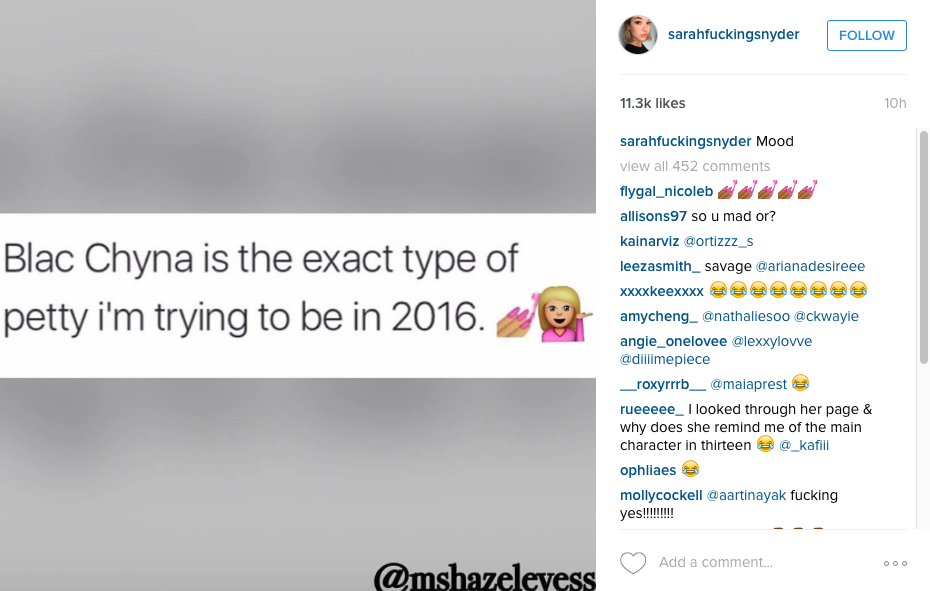 Reports this week claim Chyna might be dating Rob Kardashian to get back at her ex.

Sources tell us Rob’s close friends and family members tell us he’s dealing with so much right now — his ongoing weight issues and his recent diabetes diagnosis — and they think BC made her move now, because his guard is down. We’re told they think Chyna really only wants 2 things: publicity and to get back at Kylie Jenner for hooking up with BC’s baby daddy, Tyga. (TMZ)

Rob has reportedly shown off his love for Blac Chyna across social media.

Chyna treated Instagram followers to an intimate shot with Kardashian’s presumed arm around her Monday (January 25). 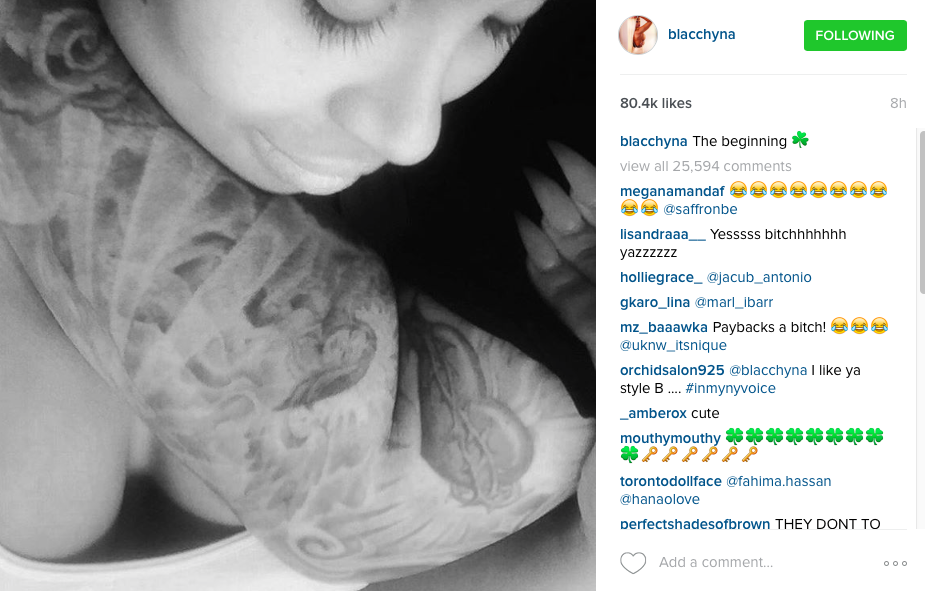