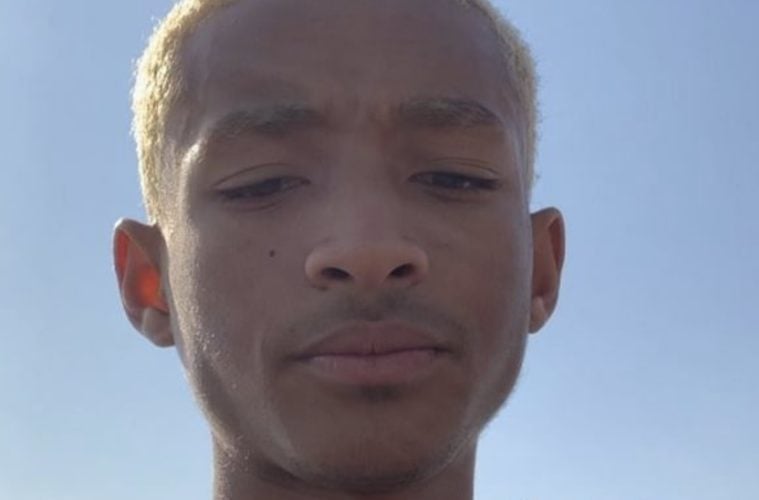 According to a new report, an inside source has shut down the validity behind Jaden’s huge announcement.

The 20-year-old actor and musician made the announcement while performing at Tyler’s sixth annual Camp Flog Gnaw festival in Los Angeles on Sunday — though a source tells PEOPLE that Smith was just “trolling.” A rep for Tyler had no comment, while a rep for Smith did not respond to PEOPLE’s request for comment. Neither of the two have explicitly labeled their sexuality. (People)

“I wanna tell you, Tyler doesn’t want me to say but Tyler is my motherf*cking boyfriend and he’s been my motherf*cking boyfriend my whole f*cking life. Tyler ,the Creator is my f*cking boyfriend. It’s true. Also the Fire Marshall said he’s going to shut us down so if you could just step back a little bit, just a little bit so they don’t shut us down or whatever, I don’t know what that means because there’s a lot of you. Tyler, the Creator is my boyfriend. Okay! You take everything away from this f*cking show, that’s what you need to take away. Run the next song!”

Jaden also hit up his Twitter page to confirm the big revelation.

Yup @tylerthecreator I Told Everyone You Can’t Deny It Now.

Wait – is this real or not real? Or both? lol 📸 @officialjaden @tylerthecreator pic.twitter.com/quGsEEF0dd

Over the past few years, Tyler has raised eyebrows after appearing to hint at his sexuality.

Tyler has been heavily criticised himself for his use of homophobic slurs in his music, but lyrics on his 2017 album Flower Boy suggested that he was coming out as gay. In I Ain’t Got Time, he raps: ‘Next line will have ’em like, “Whoa” / I’ve been kissing white boys since 2004.’ Referring to Leonardo DiCaprio in a 2015 Rolling Stone interview he ‘100% would go gay for ’96 Leo’, and he once posted a picture of the actor from recent Romeo + Juliet with the words ‘yes boyfriend yes’. In the same year, he tweeted: ‘I TRIED TO COME OUT THE DAMN CLOSET LIKE FOUR DAYS AGO AND NO ONE CARED HAHAHHAHAHA.’ (Metro)