Jada Pinkett Smith Calls For Action: “I Will Not Be At The Academy Awards & I Won’t Be Watching” [Video]

Hollywood actress Jada Pinkett Smith has come forward to announce she will not be supporting the Academy Awards this year over its treatment toward the African American community.

In Pinkett’s perspective, the Academy Awards has overlooked people of color in Hollywood films.

Watch Jada Pinkett Smith’s full video on the next page…

Smith went on a mini-Twitter tirade this past weekend and expressed an interest in possibly falling back on attending the yearly Oscars. 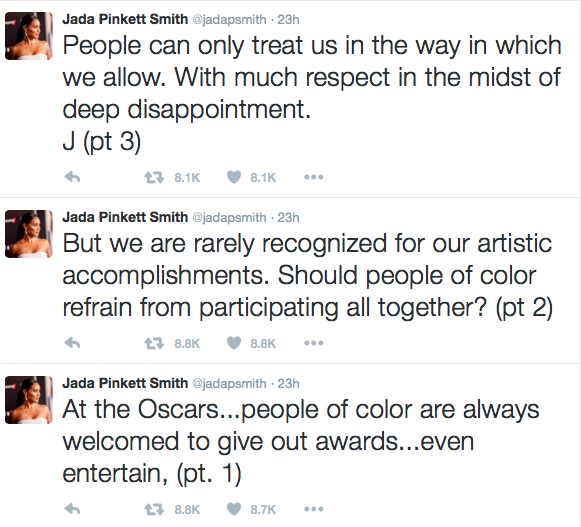