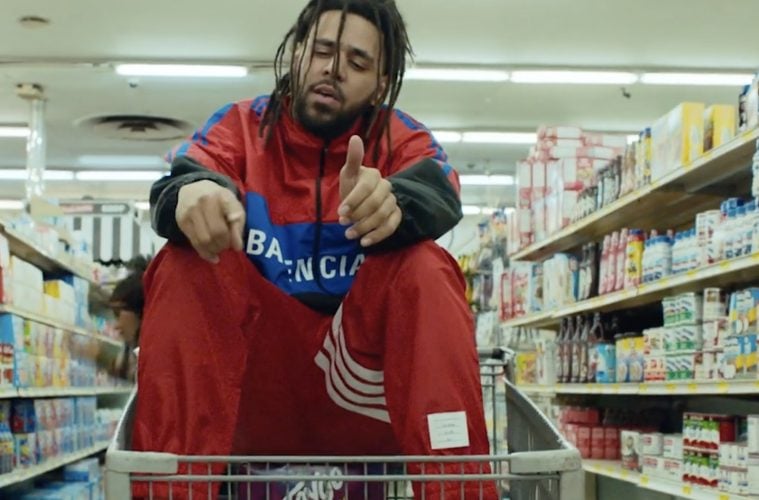 Moving Monday. It’s all about keeping it moving SOHH why not get things going with J. Cole dropping an epic-looking “Middle Child” music video? Speaking of hip-hop, how about Soulja Boy possibly getting Blac Chyna‘s name tatted on him? On a more serious note, are we 100 percent here for an Ole Miss school’s players protesting a confederate flag rally by kneeling during the national anthem? All this coming up in SOHH Whatcha Think.

J. Cole is really on his music grind and isn’t wasting time getting tunes and visuals to the fans. His new “Middle Child” is solid and already racking up tons of views. YouTube has the premiere:

Are you impressed? Do you need more J. Cole? Is this his year? #SOHHWhatchaThink?

Did Soulja Boy really get Blac Chyna’s name tatted onto his body? Looks like something went down – notably because SB tossed up a since-deleted post hinting at a BC ink job. Check it out below:

Do you think this is real? Think they were ever serious? Should SB and BC try to date each other again? #SOHHWhatchaThink?

3. Fight For Your Right

There is some serious tension going on right now in Mississippi and it’s all because of the actions of eight men’s basketball players kneeling during the national anthem before a Saturday game. The motivation? Turns out it was a response to a pro-Confederate rally going on around the campus. The NY Times has the scoop:

Several Players from @OleMissMBB kneeling for the national anthem. pic.twitter.com/3fLNXoiFm1

Minutes before tipoff, the teams formed lines for the anthem. As “The Star-Spangled Banner” began, six players from the Rebels took a knee and bowed. Toward the end of the anthem, two teammates joined them. With the gesture, the Mississippi players joined an array of athletes who have protested racial injustice by taking a knee during the anthem, following an example set in 2016 by Colin Kaepernick, a former N.F.L. quarterback. The pro-Confederate demonstration was led by out-of-state protesters a few hundred feet from the arena. (NY Times)

Do you agree? Is this the best peaceful protest action? Will this carry over to the NBA? #SOHHWhatchaThink?