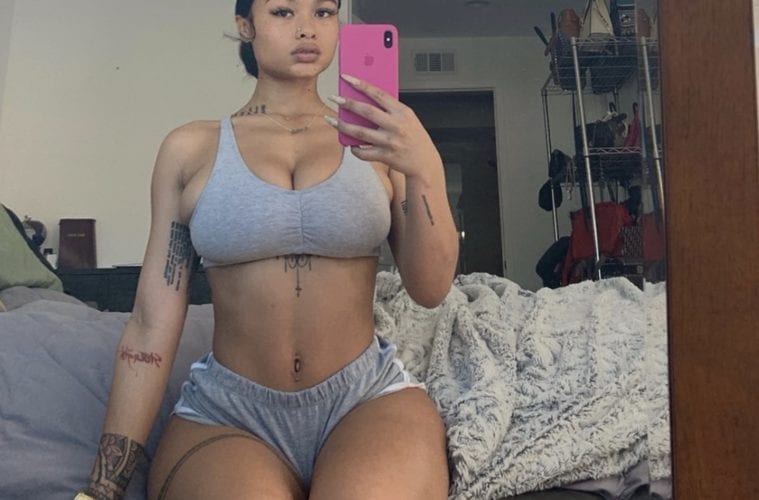 Vixen India Love and Sheck Wes are official tissue. The high-profile entertainers have the Internet’s attention after having a night out together this week and looking nothing less than boo’d up.

This week, a pic and footage emerged of Love/Wes together at a theme park.

Back in June, India appeared to announce she and Wes were no longer dating.

Recently, India Love and Sheck Wes have been spending time, often making it onto IG blogs, with their “boo’d up” pics. But, all of that might be a thing of the past, now. According to her Snapchat, India Love is single, with Sheck Wes out of the picture, which may be for the best, if those Justine Skye rumors were true. (Hip-Hop Vibe)

Earlier this year, Sheck and India teased social media with boo’d up moments.

Apparently playing coy about their relationship is over because Love just made things Instagram-official with a series of posts with Wes, leaving no further doubt that they are the newest couple on the block. In one of the latest photos of the couple, you can see them smiling together in the mirror holding matching Christian Dior bags, while in another Love alludes to Wes bringing her food after a long day of getting her hair done. (The Jasmine Brand)

The low-key couple also linked up at the annual Coachella music festival in California.