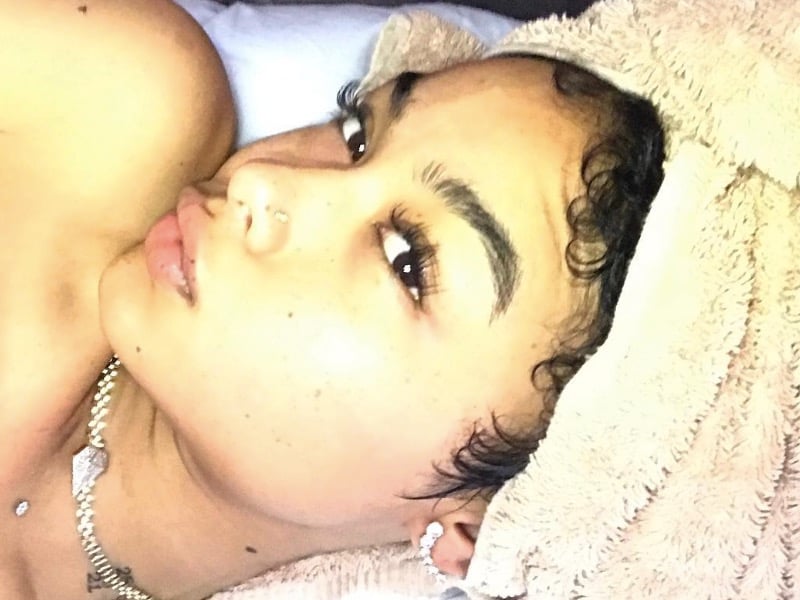 Vixen India Love is much more than a pretty face. The hip-hop model has teased fans about some possible new tunes coming out in the near future.

This holiday weekend, Love went to Instagram with a couple in-studio pics. 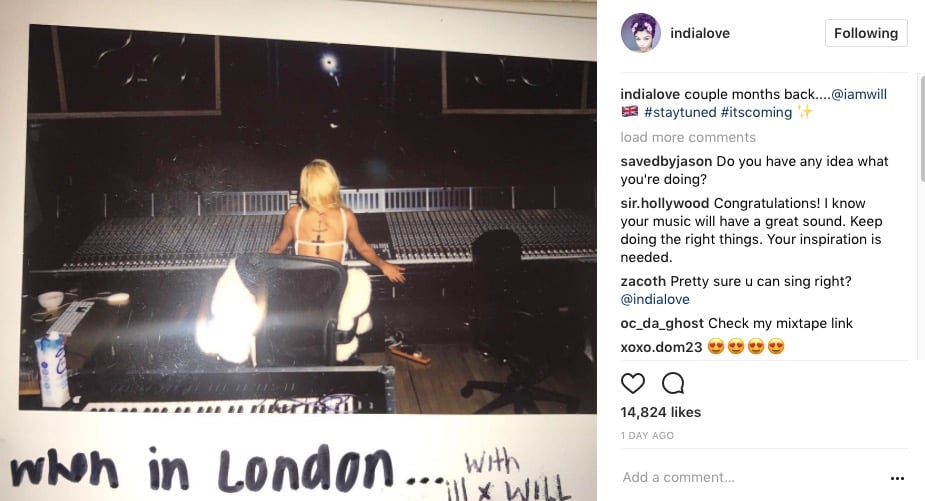 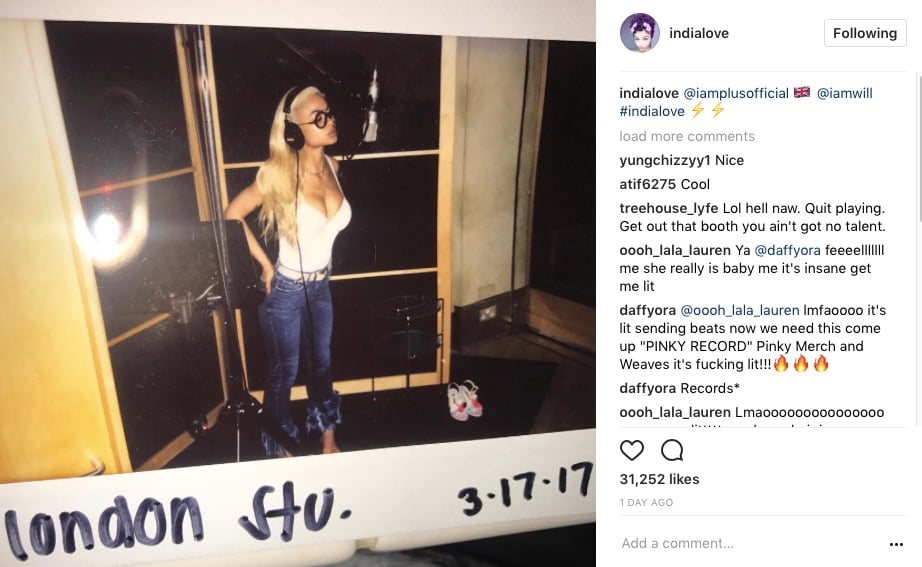 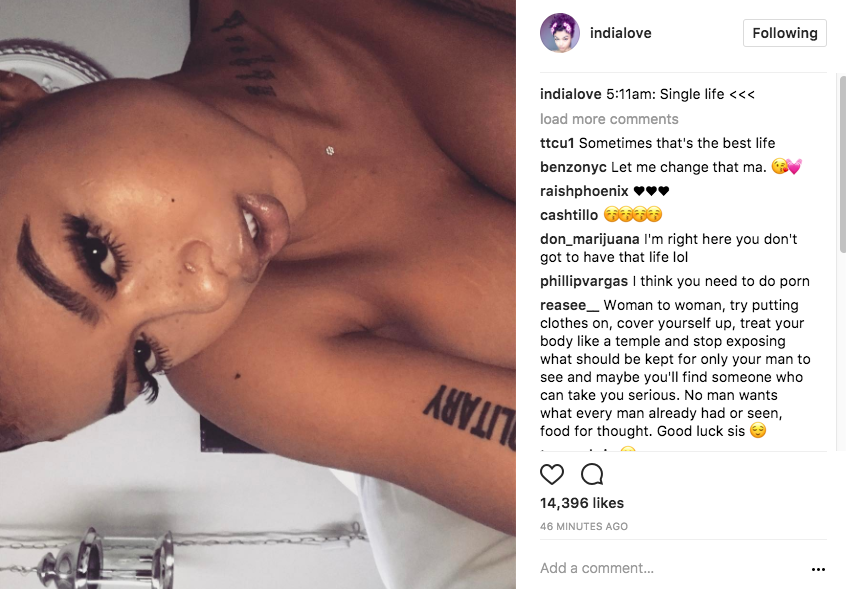 In February, a screenshot surfaced of Rick Ross keeping tabs on her as she co-signed one of his hair products. 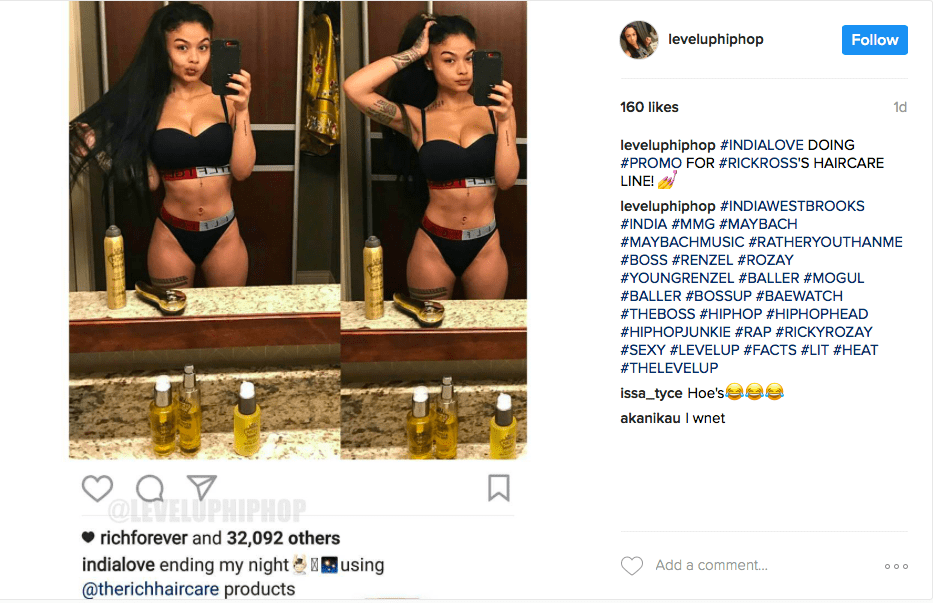 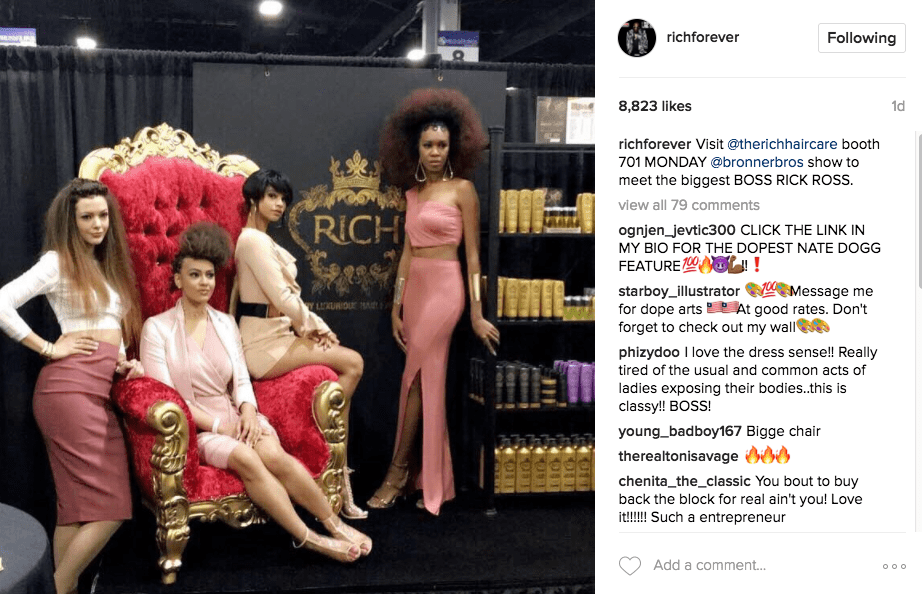