R&B singer Robin Thicke‘s model girlfriend April Love Geary has stepped up to put a swift end to speculation this week claiming they are engaged.

The 20-year-old model addressed the gossip on her Instagram page Thursday (August 6). 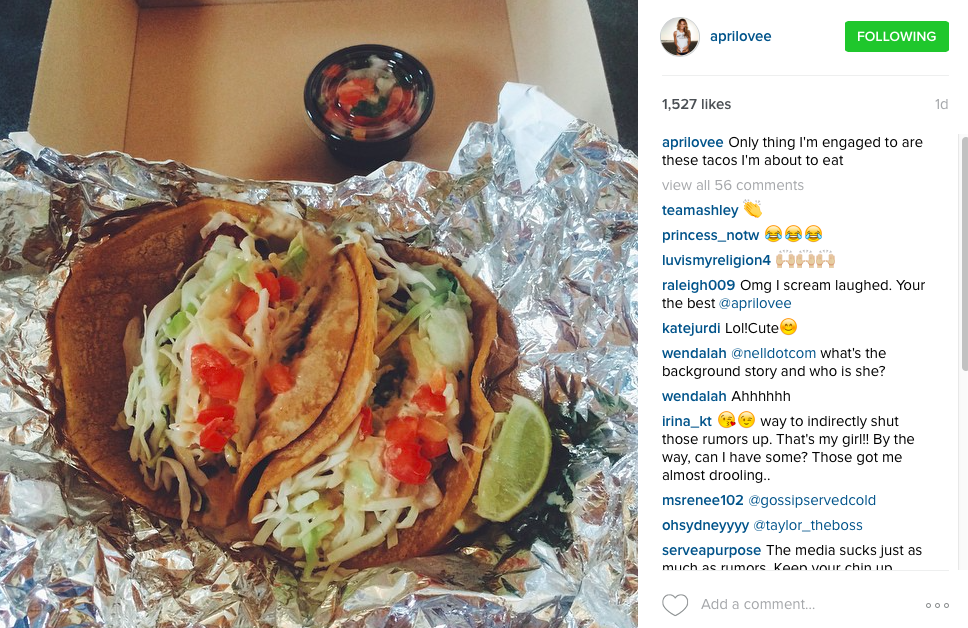 Check out what Robin Thicke said on the next page… 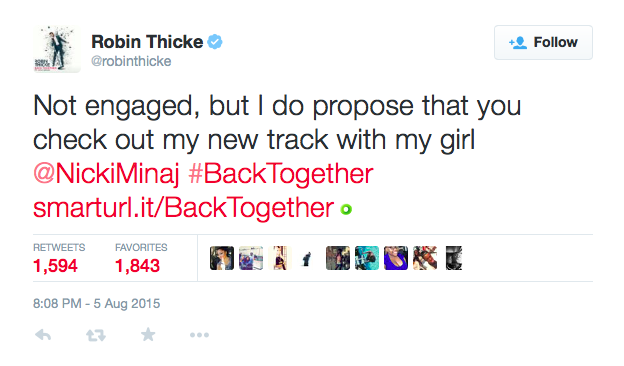 The 38-year-old singer is reportedly engaged to his girlfriend April Love Geary after less than a year of dating,according to Life & Style Weekly. “Robin recently proposed to April and she said yes,” a source close to the couple told the mag. Despite his parents’ disapproval with the speed he’s taking with Geary, “he doesn’t want to risk losing her.” But, according to a rep for Thicke, the report is “100% not true.” (NY Daily News)

“Robin recently proposed to April and she said yes,” a source close to the couple tells Life & Style. Robin and April, who are 18 years apart in age, have only been dating since October, but, according to the source, “he doesn’t want to risk losing her.” (Life & Style)