Hustle Gang‘s Iggy Azalea is back on her music grind and hitting the studio with hip-hop hitmaker Verse Simmonds.

New footage has surfaced of Iggy clocking in work and twerking alongside Verse.

#PressPlay: #IggyAzalea trying to twerk in the studio with #VerseSimmonds … What wonder what song she was dancing to 🤔😩… We're just glad she's looking happy!

Earlier this month, Iggy showed off her curvier side on social media. 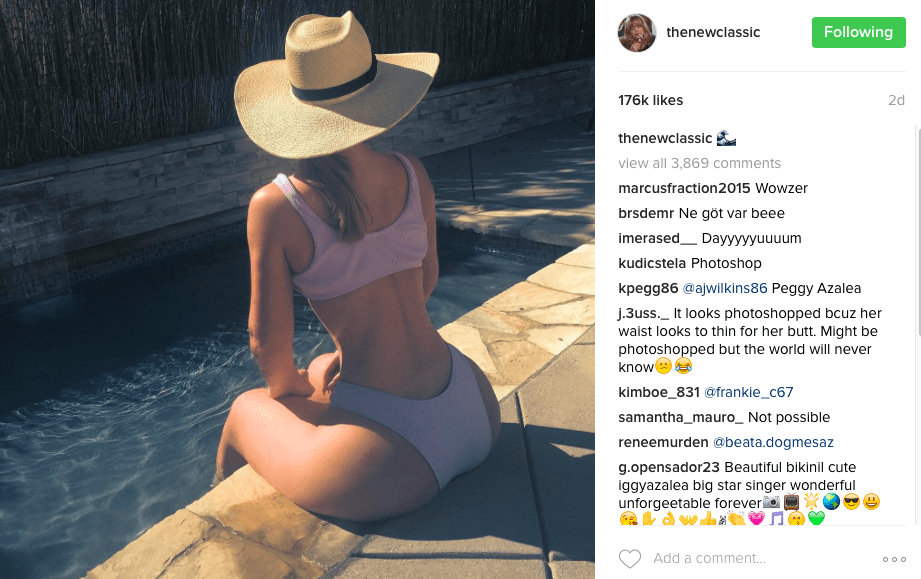 A couple weeks ago, Iggy appeared on comedian Nick Cannon‘s “Wild N Out” TV show and playfully joked about her booty.

“I just want to say I think you’re real beautiful,” a comedian told Iggy. “Myself, my castmates, and every dude in here would really like to know how much of that booty is really real.” Iggy responded by saying, “Y’all wanna know? These guys over here? I’m gonna put you up on game. It’s real in your hands, but y’all don’t need to be worrying about booty that’s above your weight class.” (“Wild N Out”)

“No, we’re [just] collaborating,” she said, shutting down any idea of a romance. She further explained, “I’ve got another single coming out with French Montana, so we recorded it while I was in Las Vegas last week. It should be having a music video filmed to it in the next few weeks.” (E! News)