Hustle Gang‘s Iggy Azalea has added more fuel to her rumored romance with French Montana. The Australian beauty showed off some hand candy courtesy of her alleged boyfriend this week.

Azalea went to Instagram Thursday (September 22) and revealed some iced out rings supposedly from French. 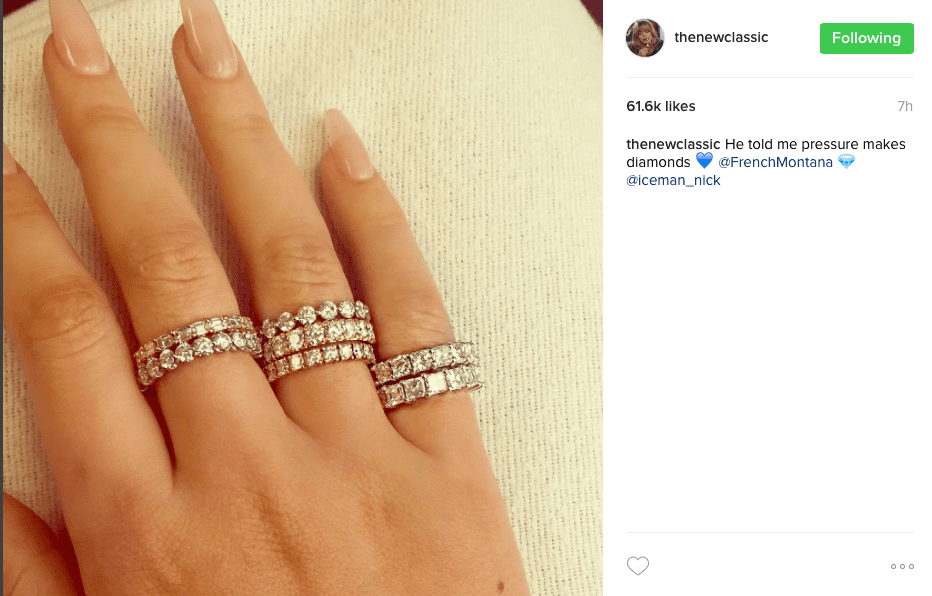 Earlier this month, Iggy hinted at her interest in possibly making French her boyfriend.

“Nah man, I’m happy,” Nick said when asked by a paparazzo for his reaction to Iggy dating French. “It clears my mind, man. I wish they get married. Sh*t man, I’m going to buy his [upcoming MC4] album.” (TMZ)

A few weeks ago, a new picture surfaced of Iggy and French at a fast food restaurant.