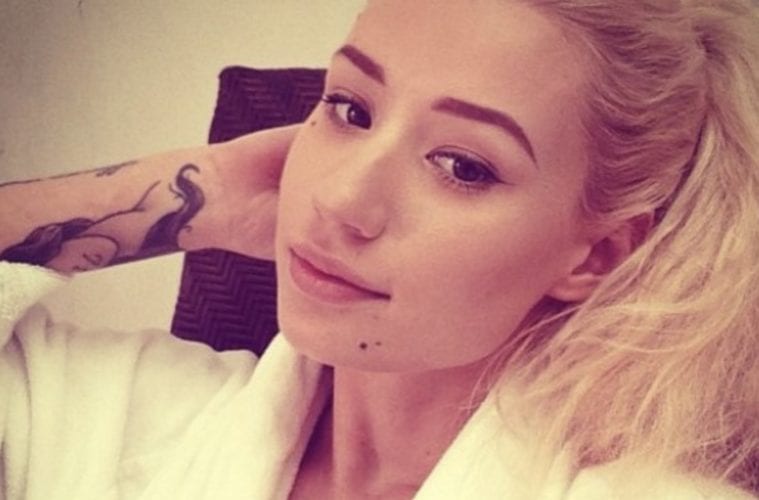 Australian rapper Iggy Azalea isn’t ready to unveil her mini-me to the world quite yet. The hip-hop star couldn’t avoid cameras this week with flashing lights briefly capturing Azalea and her recently born son.

Heading into Tuesday, a few pics emerged across social media with a sneak peek at Iggy and her baby boy. The pics show Azalea rocking a medical face mask while someone is shown carrying her son whose identity is concealed.

On Monday, Azalea went online with a must-like shot of herself. In the pic, she’s rocking a pink and blue one-piece outfit showing off a major Woman Crush Everyday glow.