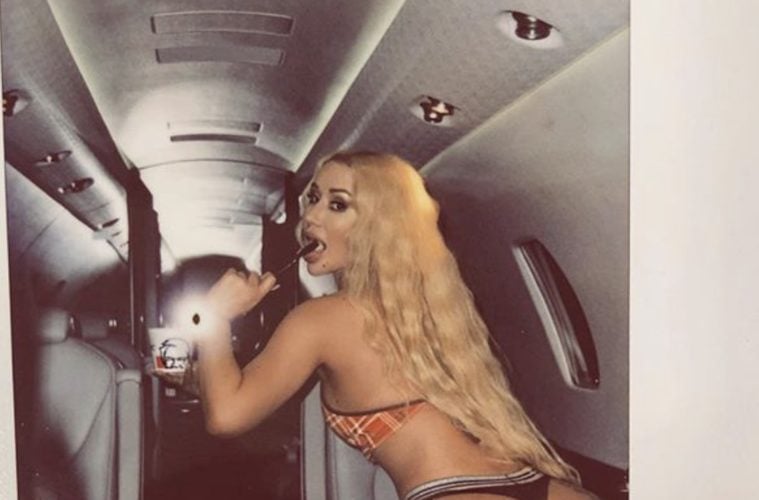 On Saturday, Iggy went to Instagram with her latest contribution to every guy’s fantasy goals.

Fam…. 📸 @thenewclassic low-key IG comments are the best tho… pic.twitter.com/q8CI80j2gl

Recently, Iggy put a swift end to rumors about having boyfriend despite growing Tyga dating speculation.

Iggy Azalea has been dealing with lots of rumors that she’s dating rapper Tyga, but she took to Twitter to clarify things amid reports. “I thought it was fairly obvious, but I feel I need to clarify again – I’m still extremely single & im not dating anyone. Honestly,” Iggy tweeted out to her fans on Sunday afternoon (May 5). (Just Jared)

In late April, Azalea gave fans a sneak peek into some new music.