According to reports, cameras spotted Iggy and French last weekend in Las Vegas.

But, this weekend the two were all cozied up after checking out Jennifer Lopez’s “All I Have” residency. After hitting up the post-party at Jewel nightclub, the two were spotted leaving together early Sunday morning. No word on where they went, but we’re sure they had fun (wink, wink). (Hip Hollywood) 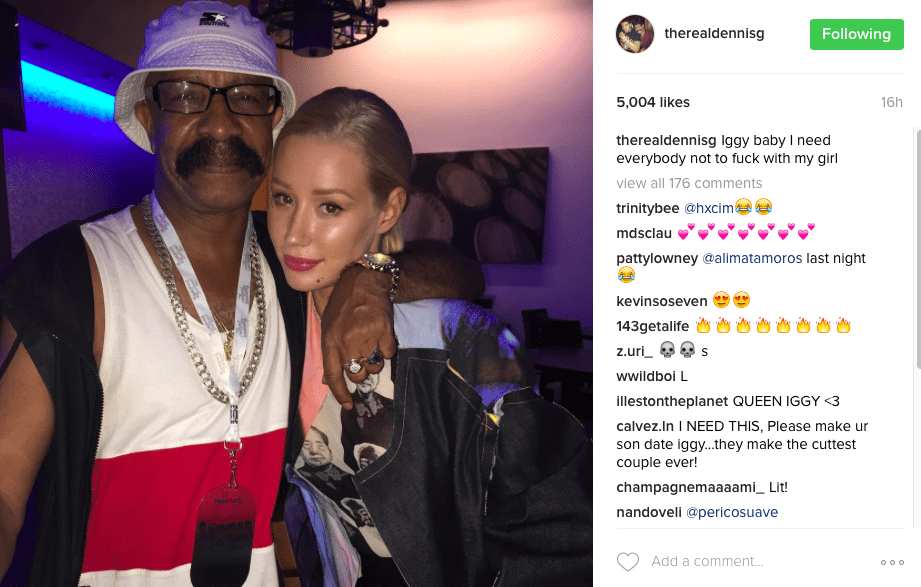 Last month in Australia, Azalea threw up the middle finger to a paparazzo when asked about former fiancé Nick Young and his ex-girlfriend Kenna Green.

In a recent interview, Nick’s ex said things with him turned steamy again nearly a year ago.

“It was last year, around September. We would take our son to Magic Mountain together. But sometimes Nick would say, “Oh, there’s too much traffic,” and he’d just play with Nicholas in his room. We got caught up in the moment and it just happened. I would be like, “Nick, you cannot be sloppy. You need to be honest [with Azalea].” He would say, “I don’t want to hear it.” I don’t know what was going on in his household, but me and Nick have lots of history. It wasn’t a secret on my end. I didn’t feel guilty because I was in love with a man, and I’m pretty sure I’m not the only woman.” (Us Weekly)