Hustle Gang’s Iggy Azalea has announced she may have suffered a slight professional setback coming off the recent release of her “Zillion” single.

Iggy revealed her record label is not letting her fully promote the catchy tune on Twitter Thursday (January 21). 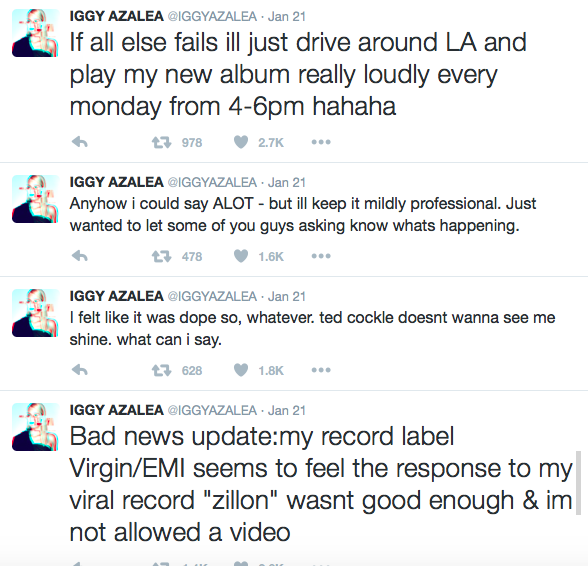 Check out Iggy Azalea’s “Zillion” anthem on the next page…

Late Friday night, Iggy Azalea planted the first seeds of what she hopes will eventually flower into her 2016 comeback by posting the new song “Azillion” to her SoundCloud page. “*BUZZ TRACK… 4 MY RATZ*” the song’s info reads, leading one to believe it’s not an official single, but just a song to clear the decks on her 2015 and re-announce her presence with authority for the new year. The song does that, with massive house synths pairing with trap beats for one of Iggy’s hugest-sounding songs yet. (SPIN)

During a recent Twitter chat with followers, Iggy admitted pop influenced her sound. 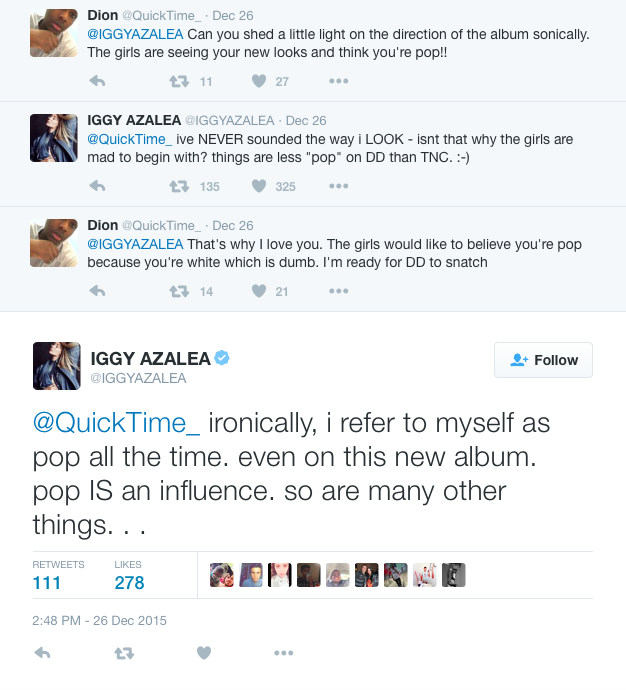