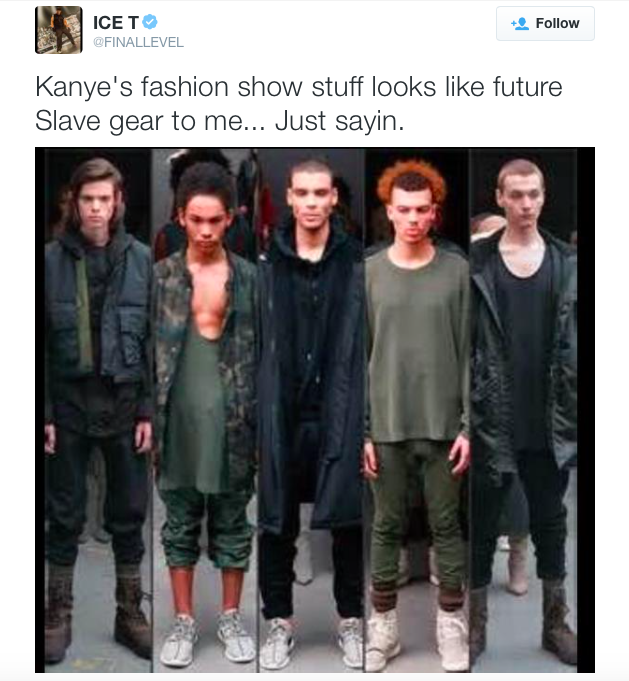 Peep the Yeezy Season 2 collection on the next page…

Kanye appeared alongside handfuls of models during the presentation of his new gear this week in New York City.

Rap stars 2 Chainz and Fabolous posted up footage from the event onto Instagram.

According to Instagram page Kanye West Daily, invites were sent in the form of clothing.

During the event, a new song called “Fade” premiered.

Reportedly entitled “Fade”, the bass-heavy thumper samples 1970s Motown outfit The Undisputed Truth (“I’m Losing You”) and Hardrive’s timeless club anthem “Deep Inside” alongside guest spots from Ty Dolla $ign and Post Malone. It certainly marks a decided shift from his overly aggressive new single “All Day” and the lullaby “Only One”. Perhaps he’s finally found a direction for his next album? (Consequence of Sound)