I just lost my homie, brother, DJ, confidant and love one. Crazy Toones passed away today and I'm fucked up about it. We miss you & love u. pic.twitter.com/hsBHIJ4J2y

All your messages are keeping my head up. Thank you. God bless.

Famed West Coast DJ and producer DJ Crazy Toones passed away today (Jan. 9) from a heart attack. Born Lamar Dupré Calhoun, Crazy Toones was the brother of Texas-hailing rapper WC and got into music when his brother did in the early 1990’s. Crazy Toones came to be known in the underground scene as something of mixtape connect, often hosting cyphers to his menacing, bass heavy beats. (XXL Mag)

Yesterday, handfuls of celebrities went to social media and spoke on Toones’ impact on their lives.

Damn man. Anyone that knows me knows how much of an influence @crazytoones was on my Dj career. R.I.P. 🙏🏾 pic.twitter.com/SZ77S4Ondi

Here's a 2006 video interview that I did with DJ Crazy Toones in Watts talking about the CT Experience #RIP https://t.co/Taszn6dswp

#RIP to the big homie DJ Crazy Toones! How we drop 2 DJs in the matter of days?! https://t.co/wSAZO4HXot 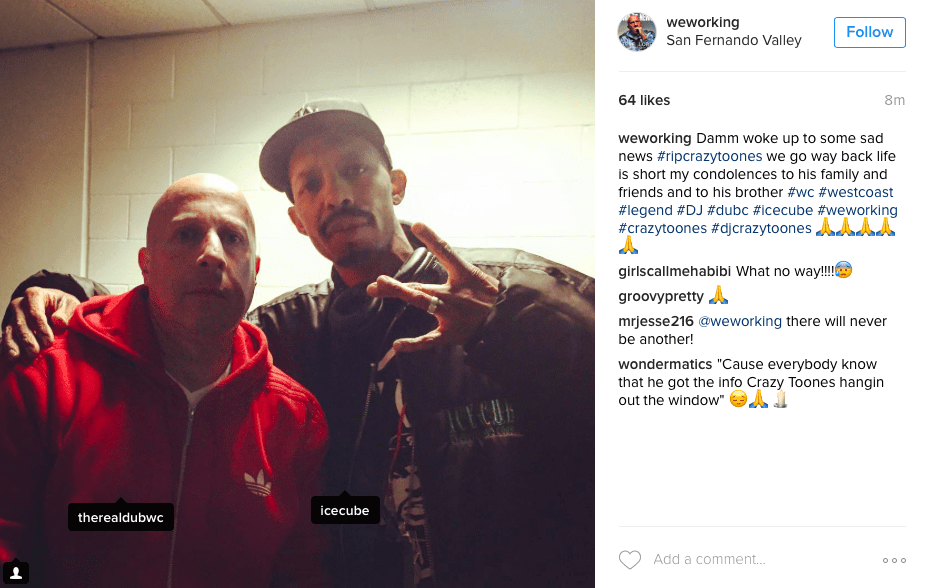 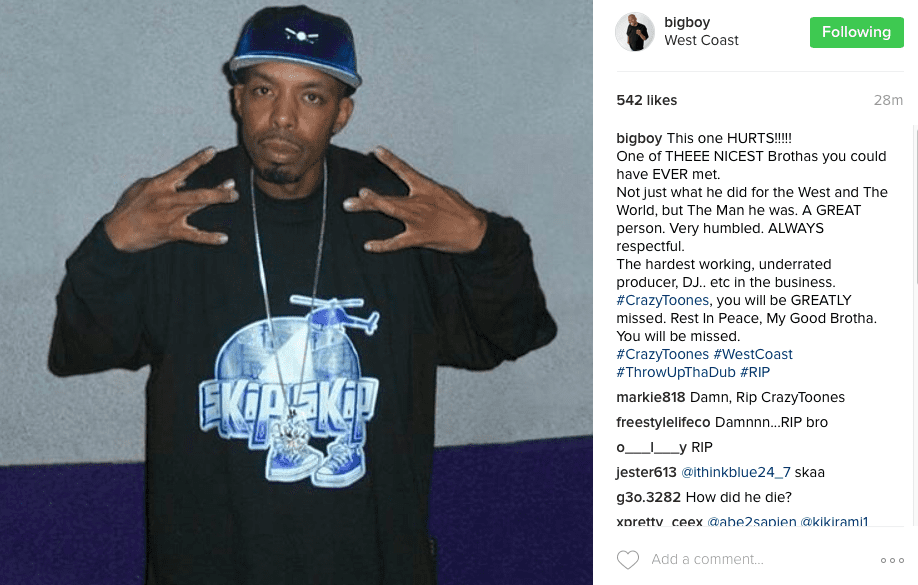 I don't even know how to say this one! It's not even comprehending to my mind right now… The Man Pictured On The Left… R.I.P. To DJ Crazy Toones… He's WC's brother and also ICE CUBE's DJ and one of my best friends on the West Coast since I was 21 years old… I just got the news… We have so many memories beyond my career in HIP HOP! Toones and Dub were the 1st to show us The Hood and see what's really going on in South Central…and they were hanging with us in NY SINCE 1989… From hangin with The Legend DJ Alladin to COOLIO @coolio we did mad shit… Just Friend Shit! This is so hard to accept but I have to bcuz we all have a start and an ending in this life… To the Calhoun Family We Are Here For You! I could write a book for all the words I have to say about Toones… Love You Lamar Calhoun! Fly On LEGEND! @therealdubwc @icecube @mayleeno #WestInPeace #OGhoodsta #PremierWuzHere