Subscribe to our
Newsletter
►
Menu
Search
Menu
1.9k Views Comments Off on With Ice Cube & Common Dominating TV, Music & Movies, Peep The Highest Honor In The Land: The EGOT
Share

[With hip-hop artists like Common racking up trophies and nominations in television, film and music, SOHH takes a glance at the rare EGOT achievement.]

They do in fact have an award when it comes to showbiz honors. Some may be familiar with the EGOT from the hilarious 30 Rock story arc where Tracy Morgan’s character attempts to win an Emmy, Grammy, Oscar & TONY.

Maybe you even caught the creator of the acclaimed musical Hamilton, Lin-Manuel Miranda recently brag about his possible EGOT in the recent BET Award Cypher, maybe you have no freakin idea what we’re talking about.  The bottom line is obtaining all 4 major awards is a huge deal (Khaled voice) DON’T PLAY YOURSELF, KNOW DAT.  Only 12 people (including Whoopi Goldberg) can say they are member of that club. 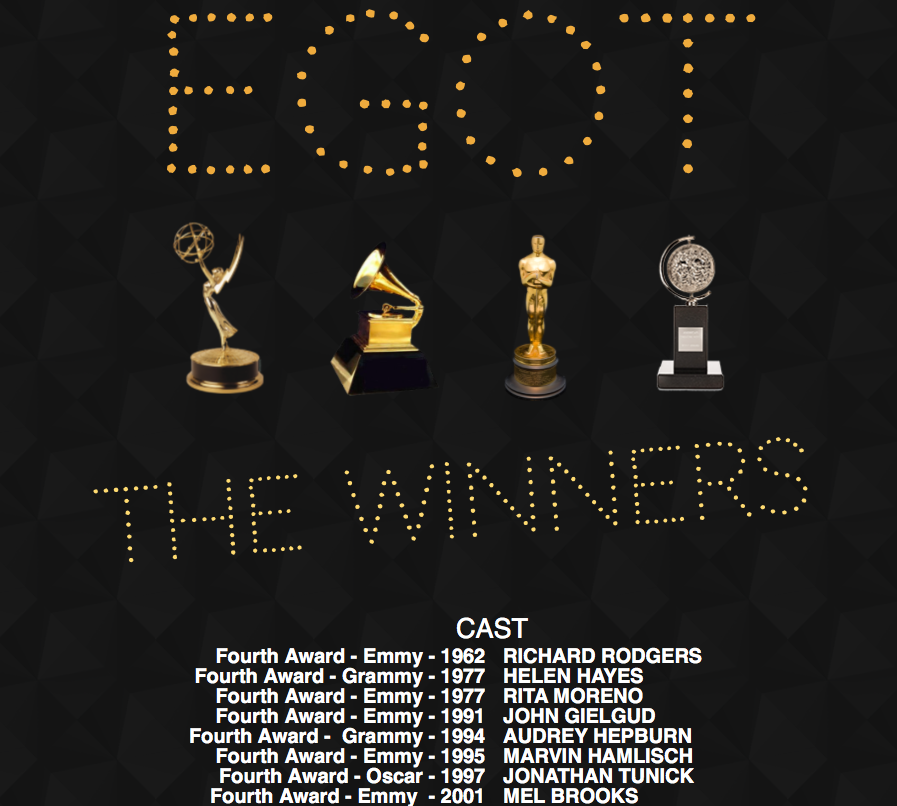 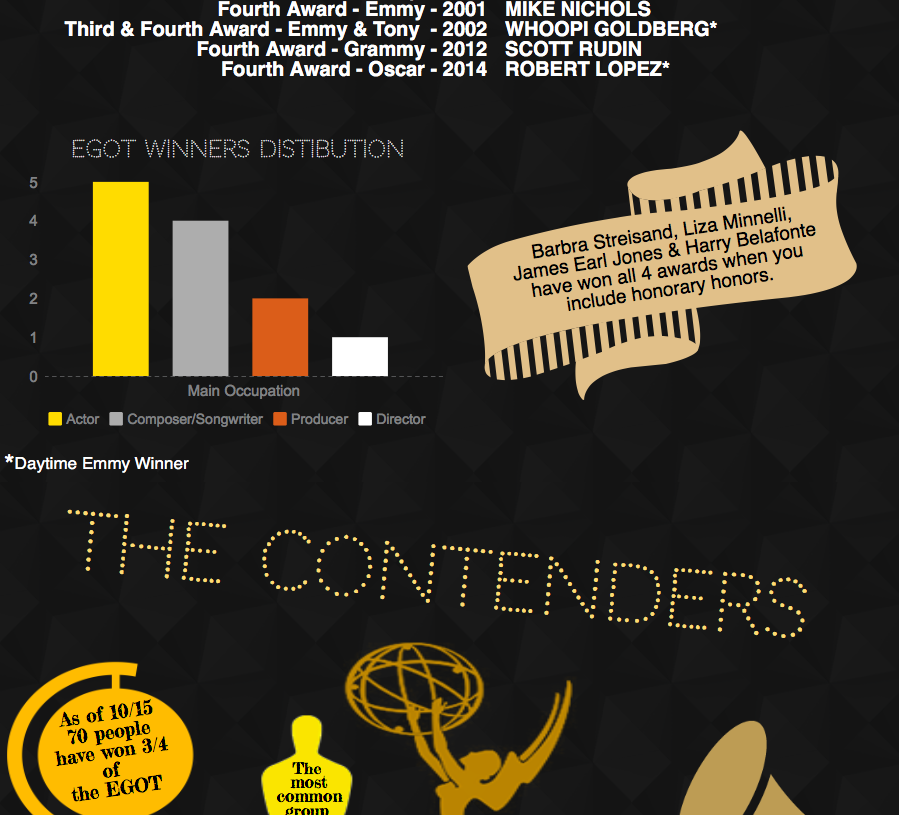 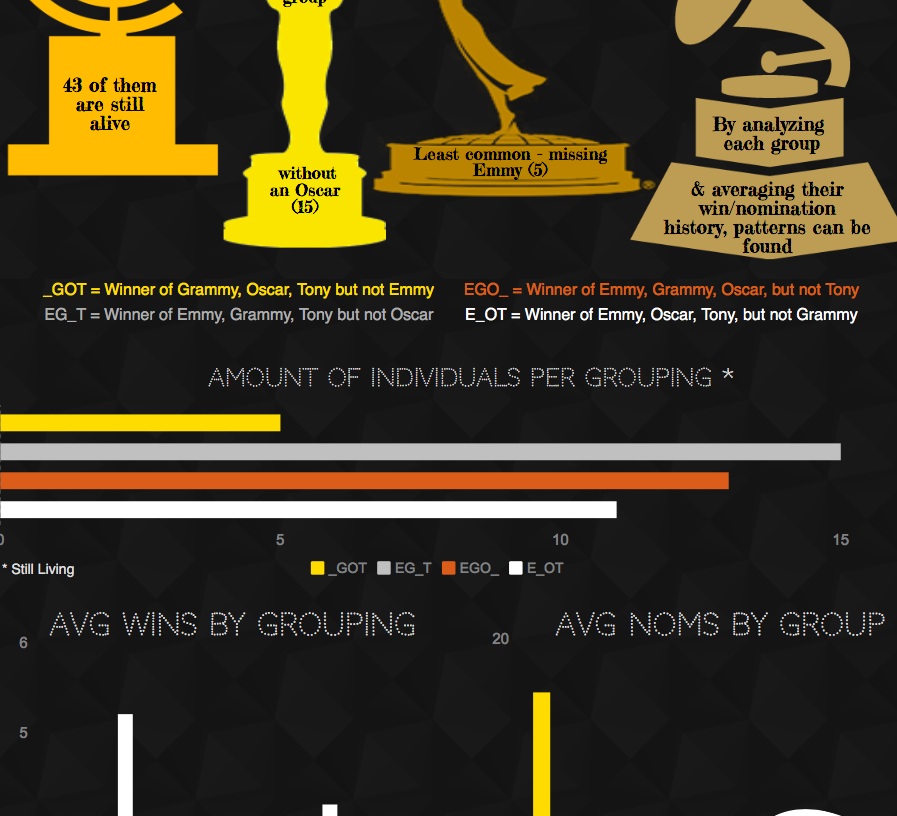 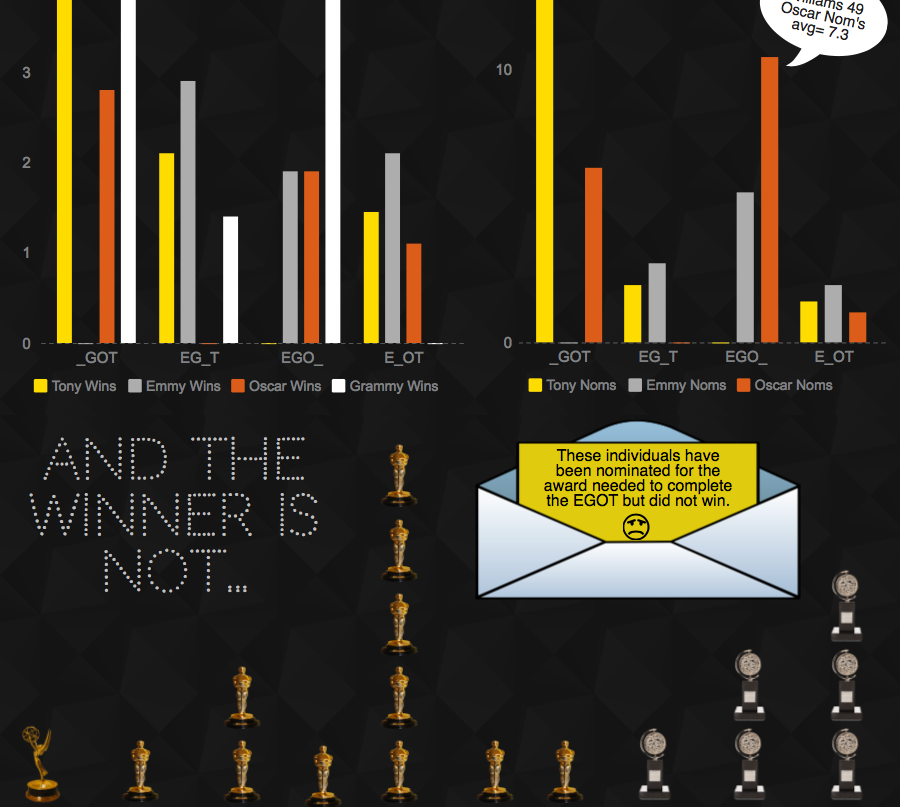 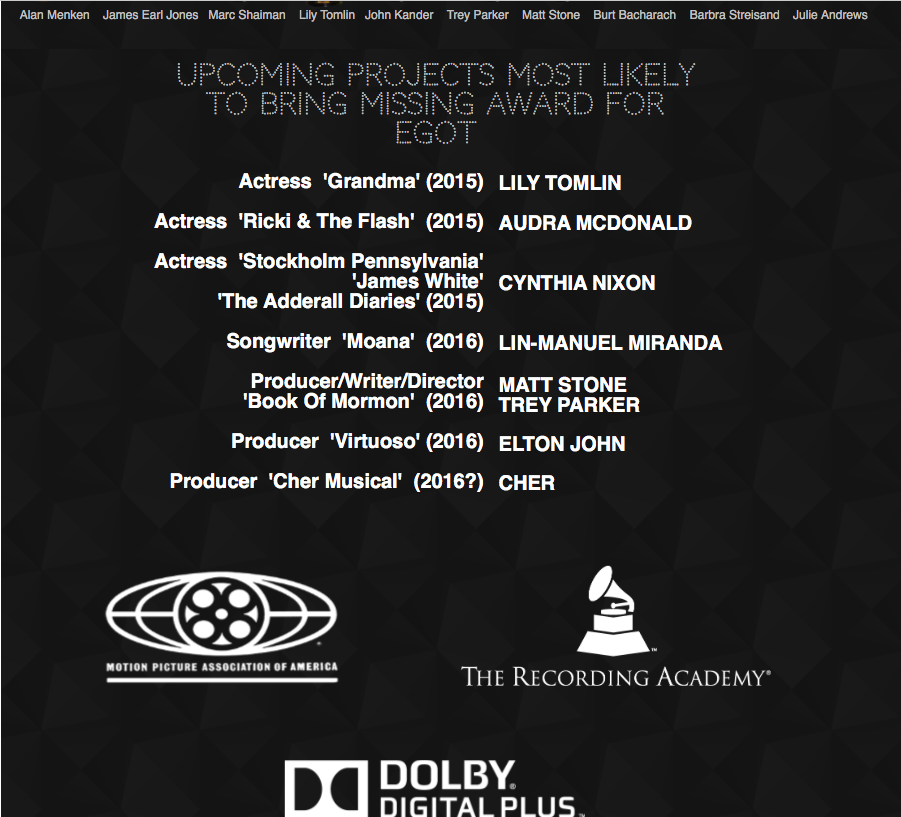 The team over at Rukkus.com decided to dig into not only the winners, but also the potential contenders to become the next EGOT alumni, including the aforementioned Miranda. Check out the awesome infographic below, for more information check out the original Rukkus Blog post here.

Comments Off on With Ice Cube & Common Dominating TV, Music & Movies, Peep The Highest Honor In The Land: The EGOT