A lot of rap fans lump Doja Cat in with the stereotype of female MC's who rely on sexiness more than skills. Hot 97 radio personality Ebro rejects that idea, as he gives the Grammy nominated rapper/singer big props for her ability on the mic. Ebro Says Doja Cat Can Do It All

Ebro went to Twitter to defend Doja Cat against her critics. The music industry veteran claims that even if you don’t like what DC raps about, you can’t deny that she’s a talented and versatile artist.

“You can argue that you don’t like what Doja Cat has to say when rapping… But her rapping abilities are top notch, stylistically speaking she can do almost any style.”

Doja not only put on a memorable live performance at this year’s Grammys, but she was also nominated for three awards. Her fans were outraged when she walked away without a trophy, and many are comparing it to the Grammys’ treatment of hip-hop star Nicki Minaj.

“they tryna blackball her like nicki, that’s how you know she’s up next and here to stay. nicki is the queen of rap and doja cat is the reigning princess of rap no matter what”

Doja did the opposite of modern day with her “Say So” Grammys Awards performance. The platinum-selling artist pulled through for Sunday night’s event with a super futuristic-looking set.

Doja Cat and her dancers themed themselves after aliens coming down from another planet, surrounded by blue laser lights. (Doja’s dancers also, appropriately, wore cat ears on top of their Covid-safe helmets and face shields.) (Rolling Stone)

Throughout the night, Doja pulled through with some stunning looks. Along with an eye-opening “Say So” outfit, Cat donned a flashy outfit on the red carpet. 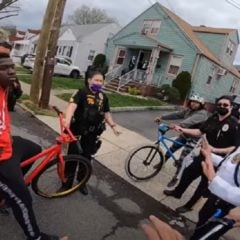 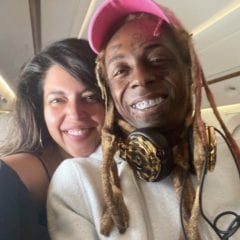