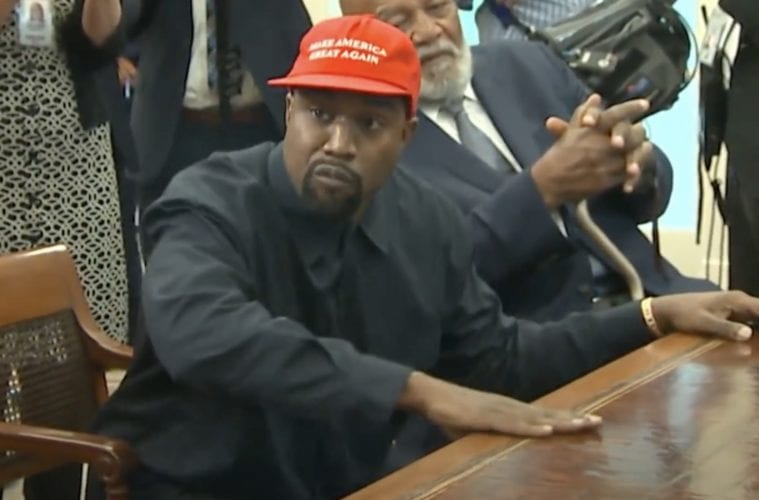 On Thursday, Darden hopped online to single out Mr. West. Ebro shared an open-ended question asking about Kanye West’s silence and whereabouts during these trying times.

Coincidentally, Ye’s wife Kim Kardashian has publicly shared her support for Black Lives Matter. She’s relied on her social media pages to push for justice in the killing of black man George Floyd.

When ASAP Rocky was locked up in Sweden, Kanye was quick to take credit for prompting Donald to call up the Swedish authorities — a publicity stunt on Don’s part, and one that spectacularly backfired later — and West’s wife Kim Kardashian has become a vocal advocate for prison reform, which ties directly into some of the police’s tactics which are being called out now. If Kanye has Donald’s ear, you’d think he would try to bend it as Trump barricades himself in the White House behind newly installed fencing and calls for the military to shoot down protestors exercising their First Amendment rights — if only to rehabilitate Kanye’s own image, at least. Kanye has never been one to keep his opinions to himself, which makes his silence now all the more deafening. (UPROXX)

In fall 2018, Kanye sparked headlines after meeting Trump in-person. West pulled through to the White House for a full-fledged press conference alongside the head of state.