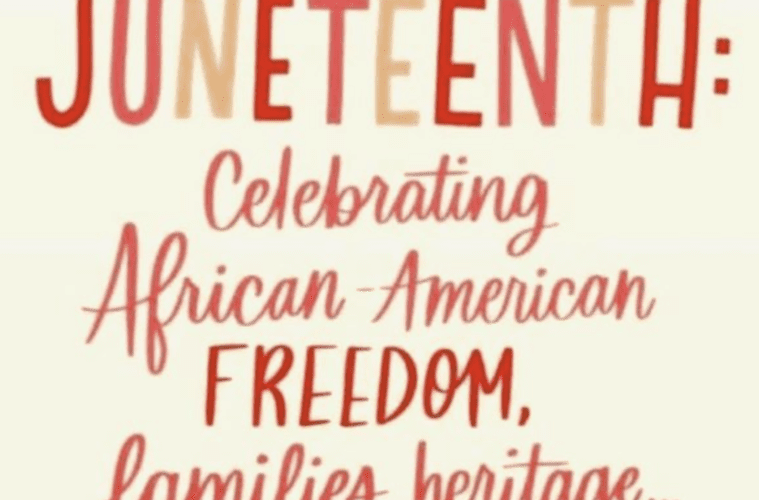 The hip-hop community knows the importance of June 19th. Today, rap heavyweights ranging from Ludacris to Jeezy have stepped up to acknowledge Juneteenth.

Over the past few hours, social media has erupted with positive messages about what today means. Luda penned an open message about how far back Juneteenth goes while the Snowman shared an open video message.

“Juneteenth is a reminder to African Americans that our ancestors never gave up the hope of freedom. It reminds us that we can create and build our communities even when we seem to have nothing. Because when the slaves were sent free, their houses were burned down, their farm animals were killed and their wells of water were depleted. And yet we still rose up to build flourishing communities and infrastructure. Juneteenth is a reminder that we can make something out of nothing and that despair can give birth to a history of GREATNESS. WE WILL CONTINUE TO RISE STRONGER OVER AND OVER AGAIN ✊🏾 @52thoughts” -Ludacris’ Instagram

Today’s holiday dates back to June 19, 1865 when nearly 2,000 Union soldiers arrived in Galveston, Texas to officially announce the end of slavery and make official freedom for more than 250,000 enslaved black people in the state.

The announcement, however, came two and half years after President Abraham Lincoln’s Emancipation Proclamation. The proclamation took effect January 1, 1863, ordering all enslaved individuals in all areas still in rebellion against the United States “henceforward shall be free.” Juneteenth is celebrated each year on June 19th as a reminder of America’s dark history, the end of slavery, and the value of never giving up hope in uncertain times. Cities and towns across the nation will be holding Juneteenth celebrations amid the coronavirus pandemic and ongoing protests over police violence in the Black community.  (WFMY News 2)

Some people celebrate Juneteenth by putting together cookouts and barbecues. There are also specific foods prepared including chicken, chopped pork, sweet potatoes and breads.

July 4 isn’t the only Independence Day worth celebrating in America. Juneteenth, also known as Freedom Day, is celebrated all over America for the emancipation from slavery in the United States that occurred on June 19, 1865. Families across the country celebrate by breaking out their barbecues and cooking up some of their favorite bites. (Thrillist)

Earlier this month, Twitter CEO Jack Dorsey made some breaking news related to Juneteenth. The social media executive announced Juneteenth would be a company holiday.

“Both Twitter and Square are making #Juneteenth (June 19th) a company holiday in the US, forevermore. A day for celebration, education, and connection.” -Jack Dorsey’s Twitter