As seen on SOHH.com - follow @sohh @sohhdotcom
2.6k Views Comments Off on Here’s Some Undeniable Classics Off Travis Scott’s ASTROWORLD Album On Its 2-Year Anniversary
Share

Houston rapper Travis Scott low-key raised the bar and made himself a household name after dropping ASTROWORLD. In celebration of the chart-topping project’s two-year anniversary, here’s some classics from Cactus Jack’s LP.

The album’s promo alone deserved its own soundtrack. In preparation for its release, Travis put out an unforgettable trailer.

There’s no way anyone doesn’t know at least six bars off “Sicko Mode” by this point. The Swae Lee and Drake–featured anthem easily turned into an instant classic when the LP dropped.

Scott waited months before putting out the visual treatment to his “Can’t Say” anthem but it was worth the wait.

Scott set tones for the entire album’s vibes with his “Stop Trying To Be God” banger. 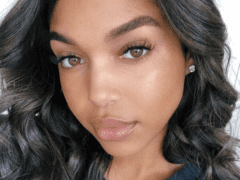