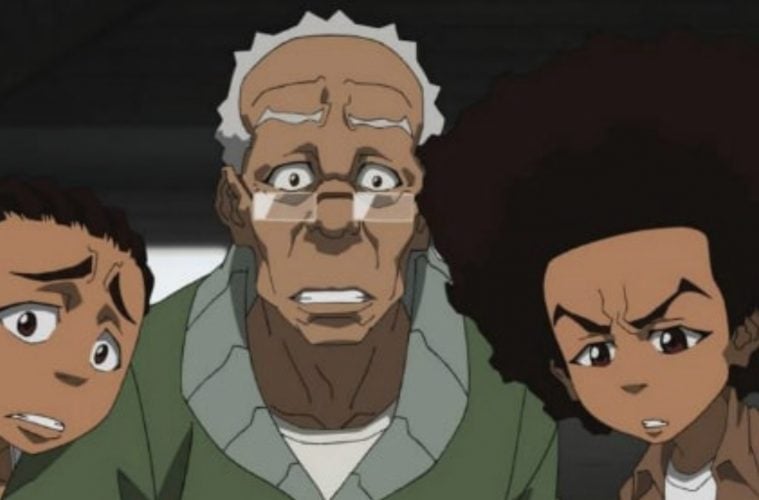 Here’s A Sneak Peek At THE BOONDOCKS Reboot Characters: “We Have Some Exciting News To Be Announced”

The anticipation for a much-needed “The Boondocks” reboot has officially heated up. This week, a drawing surfaced revealing what key characters might look like when the iconic franchise returns.

Back in June, reports surfaced about “The Boondocks” receiving a major green light to go back into production.

In an expansive mode after the huge critical, commercial and Academy Award validation for “Spider-Man: Into the Spider-Verse,” Sony Pictures Animationannounced at Annecy on Wednesday that China’s Tencent has boarded Jackie Chan’s “Wish Dragon,” plus a reimagining of “The Boondocks,”  horror series “Hungry Ghosts,” comedy series “Superbago” and two new Genndy Tartakovsky movies. There was a sense at Annecy that this is a studio with wind in its sails and an empowering confidence. (Variety)

To make things even better, creator Aaron McGruder is also attached to the much-needed reboot.

The Freemans are coming back. Sony has confirmed that The Boondocks is returning with a new television show, and original creator Aaron McGruder is on board. They also revealed a show based on the late Anthony Bourdain’s graphic novel series, and revealed more on Phill Lord and Chris Miller’s much-anticipated animated follow-up to Spider-Man: Into the Spider-Verse. (GIZMODO)

Earlier this year, a key “The Boondocks” actor revealed the cult classic would make a return.

Rumors had been circulating that the animated series might be returning for a fifth season after comedian John Witherspoon (who voiced Granddad on the show) let it slip that “The Boondocks is coming back” during a recent appearance on The Joe Rogan Experience – but this appears to be a full reboot of the series, with creator Aaron McGruder once again at the helm.