[With Summer Sixteen just weeks away from wrapping up, everyone’s preparing to head back to school and hit the books hard. West Coast rapper Game has teamed up with backpack line Sprayground for their new limited edition “Red Money” release. Check out five dope pics below!] 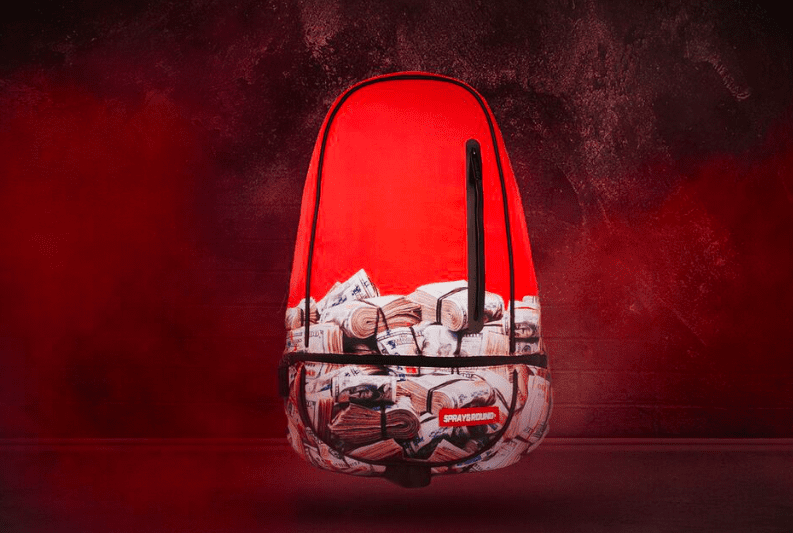 The “Red Money” backpack has arrived!

After the first run of red military inspired backpacks and duffels, Sprayground’s Founder and Creative Director, David Ben-David and The Game went back to the drawing board to create a follow up to the sold out fan favorite which is now available! Game posted up with the fresh Spraygound release.

Sprayground’s Founder and Creative Director, David Ben-David and The Game worked hand in hand to design the “Red Money” backpack. With each creative session, it was evident that both parties shared a unified vision of the overall concept, all the while, pushing the envelope in terms of design and functionality. The limited-edition “Red Money” bag is inspired by the hustler spirit in us all. The ombre red backdrop leads into the signature money rolled Sprayground design and comes available in Sprayground’s newly released DLXX silhouette. The new silhouette is designed for the athletic yet fashion conscious consumer, and includes a large separate zipper pocket designed to fit a basketball and all your sports equipment, all the while maintaining its sleek, sporty silhouette. The Red Money backpack is priced at $65 and can be purchased online at www.sprayground.com Here’s an up-close look at this greatness. 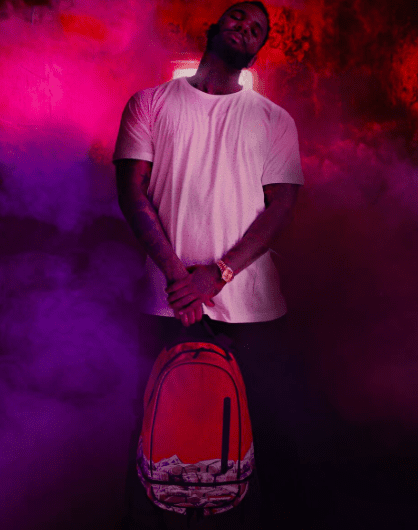 One final look at Game and his dope release.

SPRAYGROUND was started in 2010 by NYC designer, David Ben-David. Originally created as a blank backpack company designed for street artists to easily transport spray cans hence the iconic logo of an artist “on the go”, Sprayground has now evolved into a collection of original designs created by DBD and friends. Growing up in Miami skateboarding and surfing, DBD was always inspired by deck art and the street art at all of the local skate spots. As a kid DBD was always on the go and would regularly pack his whole life in his backpack, so it only made sense when he started an art inspired backpack line years later. Sprayground backpacks are constructed to be not only expressive but extremely functional and comfortable for those who are on the go! Sprayground has partnered in the past with creative-minded celebrities and artists including Odell Beckham Jr, Chris Brown, Christina Milian and Spike Lee. Sprayground is sold at local boutiques worldwide and online at www.sprayground.com