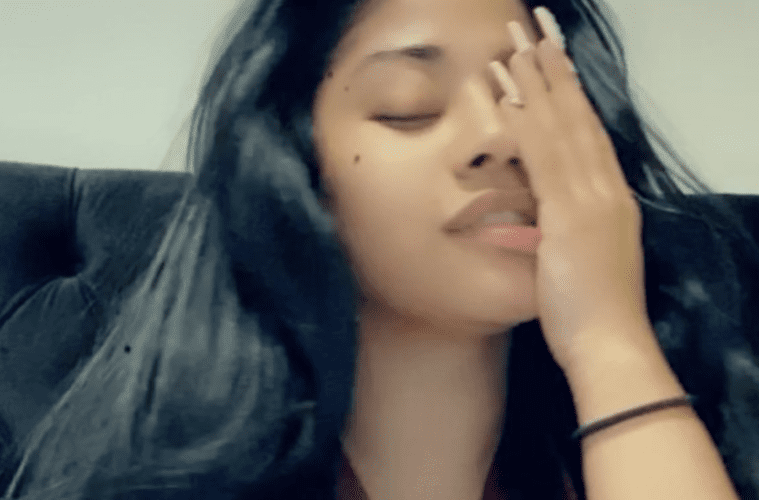 Carolina went to her Instagram last night and pushed the bar on NSFW. The 24-year-old shared a jaw-dropping shot of herself showing off her curve game in a bra and panties.

“The last Cat that slept on Henny took a nap”

The thirst trap pic even generated a reaction from Card herself. B went to her own Instagram page and shared the shot to her 61 million followers.

Recently, Hennessy shared some up-close looks at her boo on Valentine’s Day. Carolina released a hilarious clip of themselves turning up at a local White Castle fast food restaurant.

A few months ago, Hennessy shared some steamy footage of herself twerking on her boo.