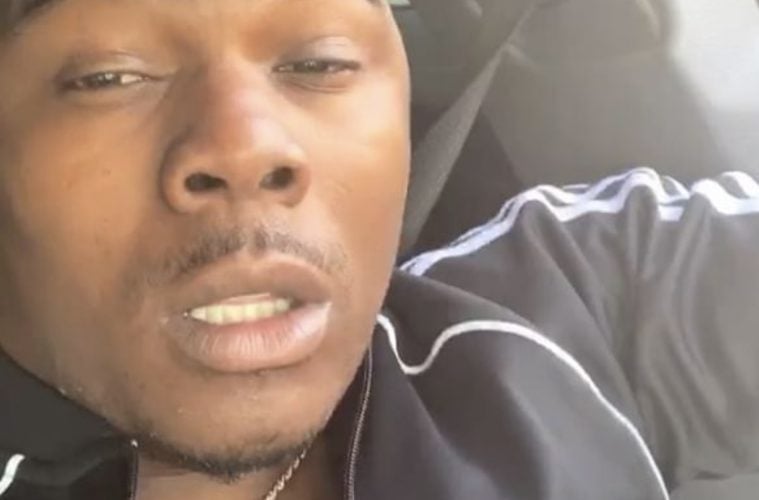 HaHa Davis Reacts To Kevin Hart’s Car Crash: “You Know Damn Well We Got More Laughs To Have”

Comedian HaHa Davis is pulling for a speedy recovery. The hip-hop funnyman went to social media this week to send out well wishes to Kevin Hart following a nasty car wreck.

On Monday, Davis went to Instagram and let Kev know he’s thinking about him.

A few hours ago, rap star T.I. went to Instagram to shoot out prayers for Hart to heal up soon.

According to reports, Hart is dealing with serious back injuries following a car crash.

According to ABC7, the crash occurred around 12:45 a.m. near Mulholland Highway and Cold Canyon Road after Hart’s classic 1970 Plymouth Barracuda swerved off the road and rolled down the embankment. Hart was one of two passengers in the car when the driver lost control. Hart suffered serious back injuries and is being treated at the Northridge hospital although the injuries do not appear to be life-threatening. The vehicle driver was also hospitalized, and the third passenger was injured but did not go to a hospital. (Variety)

The cause of the accident is still under wraps however alcohol and drugs aren’t expected to be involved.

Hart is said to have suffered major but not life-threatening back injuries and is receiving treatment at a Northridge hospital along with the driver. A third passenger complained of pain but was not hospitalized. Specifics of the injury are not currently available, and the CHP says drugs or alcohol are not believed to be involved in the cause of the crash. (TheWrap)