Gunplay Unloads On Curtis Jackson: “F*ck 50 Cent ‘Cause We Dying For Less” [Audio]

Maybach Music Group’s Gunplay may not be completely done with his past feud with G-Unit boss 50 Cent this weekend.

Gunplay appeared to go at his rap foe on his new “Moolah” remix.

Even when it has died down, something always comes along bringing it back to life. Gunplay just added to the tension by firing a shot at 50 Cent on his new remix of Young Greatness’ track “Moolah.” While spitting about his trials and tribulations in the game, Don Logan throws out the not so subtle jab, “I beat the case, you know the rest/Play if you want, f*ck 50 Cent cause we dying for less.” (XXL Mag)

Listen to the new “Moolah” remix on the next page…

“I don’t do that rap back and forth bullsh*t my n*gga, you know what I’m saying? I’m a motherf*cking player. I don’t tongue wrestle with no n*gga, you dig? But motherf*cking Kidd Kidd, I’ll slap the f*cking cat piss out your b*tch a** just like I did your daddy, h*e!”

“F*ck Meek Mill and the clique he claim/Drake could’ve f*cked your b*tch if it wasn’t for [Lil] Wayne/Let’s play a game of truth or dare, dare you speak my name/And tell Gunplay he gonna need gunplay if he wanna get his chain/I had to get me out the mud, I’m from the bottom/New Orleans money nah b*tch I got mad problems”

A screenshot of Meek egging on 50 across social media surfaced in mid-January. 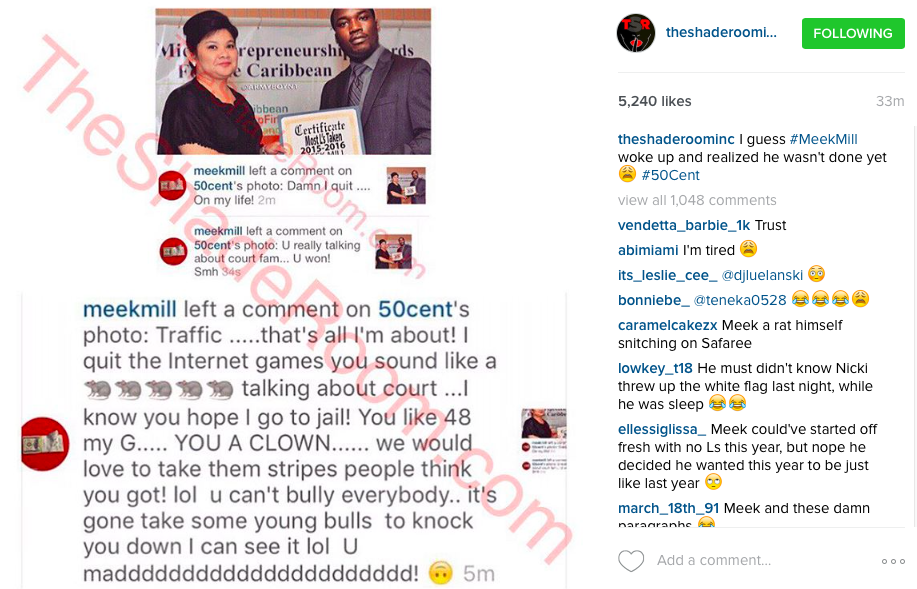