Atlanta rapper Gucci Mane is going to seriously take over a movie theater near you sooner than later. New reports claim Paramount Pictures is ready to turn his life story into a full-fledged biopic.

According to reports, the giant movie studio has already hired heavy-hitters to help deliver a quality production.

Paramount Pictures is teaming up with Imagine Entertainment, which produces the music industry show Empire and was behind the Eminem movie 8 Mile, to adapt The Autobiography of Gucci Mane. The studio has retained the life rights to Mane, whose real name is Radric Delantic Davis, as well as the movie rights to the book, with the adaptation to be made via the Paramount Players arm. (The Hollywood Reporter)

Guwop at halftime would be legendary @NFL

We get the bag and flip it n tumble [email protected] https://t.co/qJ2aFKPSzP

Bruno Mars went to the social media giant this week to make his pitch for an Atlanta line-up for next year’s halftime set.

Yo is it true that the next Super Bowl is in Atlanta?

. @NFL you have the opportunity to celebrate incredible Hip Hop Artist from Atlanta Next year.

. @NFL Outkast. T.I Gucci, lil jon, Jeezy, Jermaine Dupri just to name a few. it would be the best party Tv has ever seen!

. @NFL Shit I just wanna help curate that show, and I’ll only charge like a billion😂

. @NFL all jokes aside please lets make that happen

Recently, Mane went to social media to announce plans to put out his next album The Evil Genius. 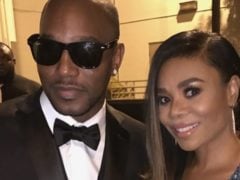