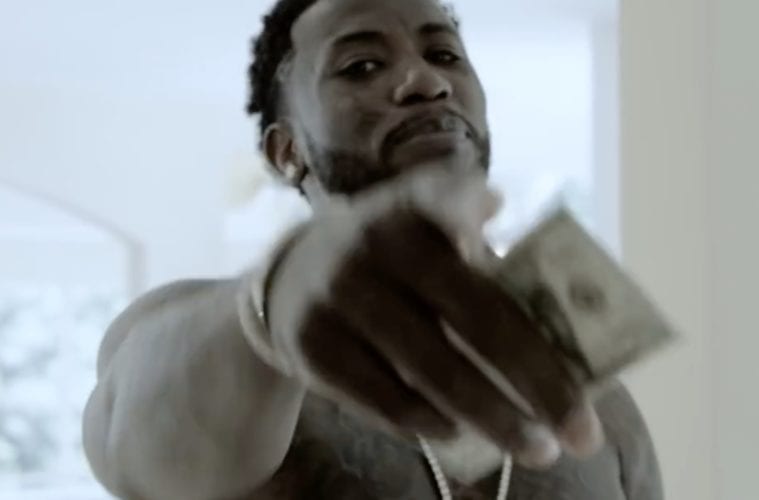 Atlanta rapper Gucci Mane wants to see Kodak Black out of prison. The hip-hop veteran went online this week to share his support for the jailed rap entertainer.

Guwop jumped on Instagram Tuesday with a throwback shot of himself alongside Black.

A few days ago, reports surfaced about Black getting hit with more weapons charges.

Days after Kodak Black was sentenced to 46 months in federal prison, state prosecutors have slapped the rapper with additional weapons charges. The Miami-Dade State Attorney’s office on Friday formally charged the 22-year-old with two counts of possession of a firearm by a convicted felon. He faces up to 30 years in prison on each count as a “habitual violent offender.” (Miami Herald)

Last week, Louisiana rapper Kevin Gates encouraged Black to make the best out of his initial bid by becoming better and wiser behind bars.

On Wednesday, a Miami federal judge sentenced the 22-year-old to 46 months in prison.

The state had asked for 46 to 57 months, while Black’s lawyers had urged for 37 to 44 months or less, court records show. Black, 22, had pleaded guilty in August to lying on a background form when he purchased handguns at a Hialeah weapons store in January, and again in March when he attempted to buy more guns. He also ran into trouble during his stint behind bars while awaiting sentencing. During the court hearing, prosecutors revealed that Black had beat up a prison guard. (Miami Herald)