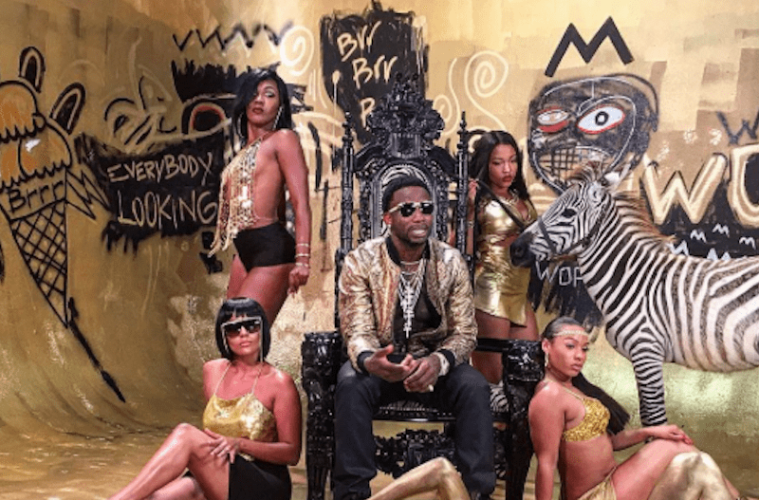 Atlanta rapper Gucci Mane may have served up the best response to the drama rap star Kanye West has sparked from meeting with President-elect Donald Trump. Rather than bash or co-sign Yeezus’ headline-generating decision, the rap veteran downplayed his own opinion.

Gucci dismissed the idea of him having a stance on Yeezy’s Trump meeting holding any weight.

“I just feel like with Kanye, he don’t need my approval or nobody else’s. so my opinion really ain’t going to matter. Everybody got an opinion—good or bad. Kanye don’t need nobody approval to live his life. If you don’t agree, then that’s cool you don’t agree. But that’s not going to stop him from doing what he do. He’s going to do whatever he’s going to do because that’s him.” (Complex)

A few days ago, R&B singer John Legend took aim at his G.O.O.D. Music boss for meeting with Donald Trump.

“I don’t think it’s impossible to talk to him about issues, but I won’t be used as a publicity stunt. I think Kanye was a publicity stunt. I’m pretty disappointed with Kanye that he says he would have voted for Trump. I think Trump has been corrosive, his message has been corrosive to the country and I think the things he’s promised to do have been very concerning for a lot of people and for Kanye to support that message is very disappointing.” (“Clique”) 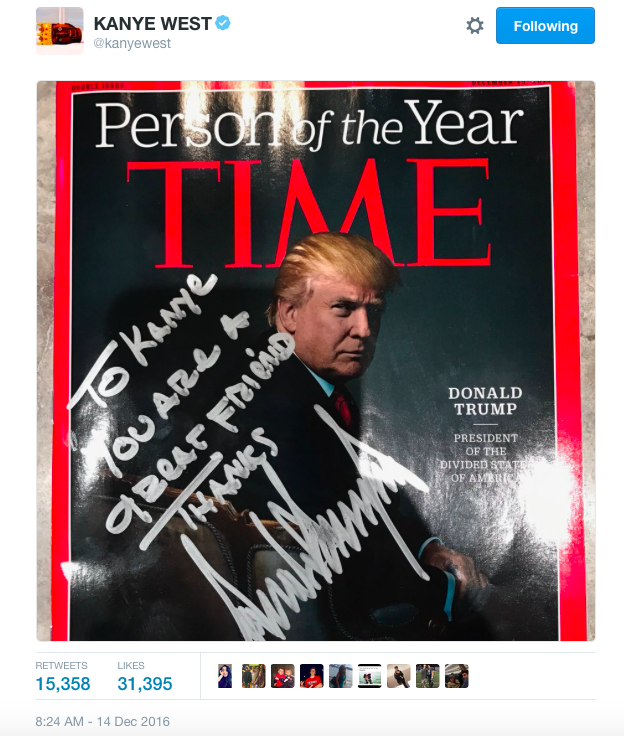 This week, rap star YG showed off his disgust toward Ye for meeting the president-elect. 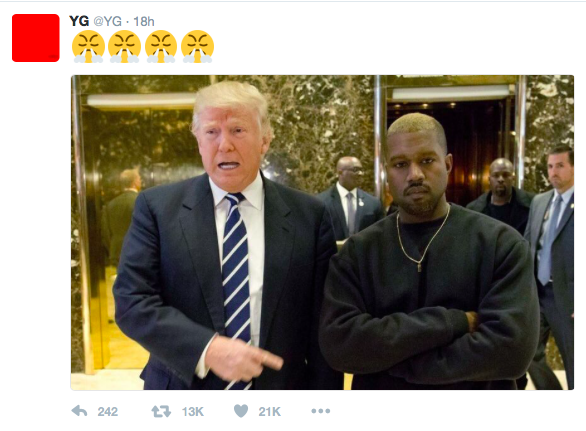 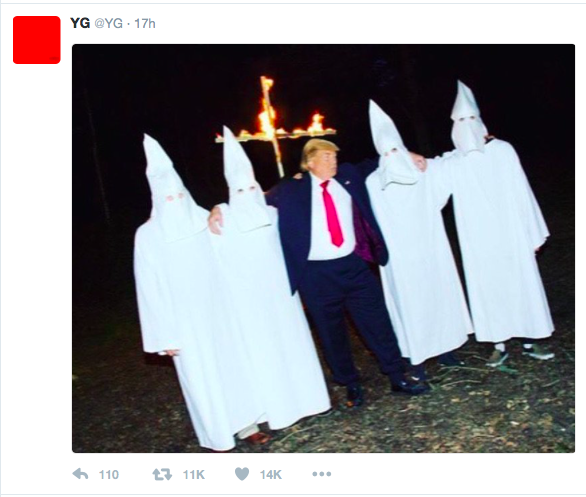