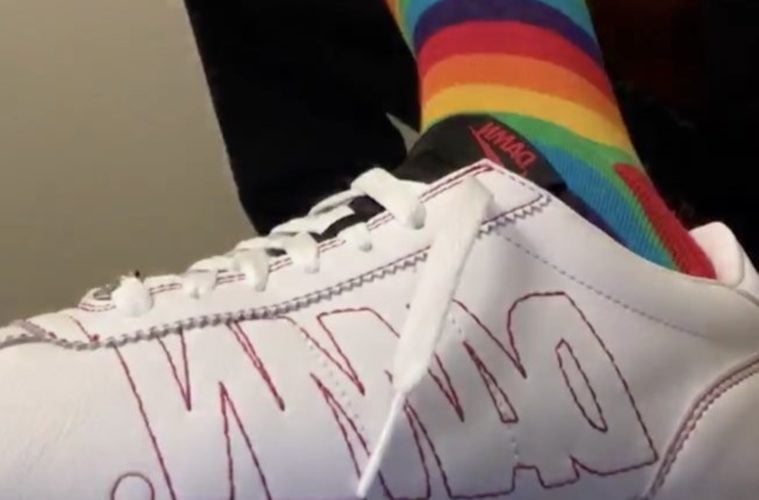 Yara went to Instagram heading into the weekend to show off an insane clip of herself with the signature kicks.

Earlier this month, Lamar gave his diehard fans an up-close look at the fresh sneakers.

Initial plans had the kicks arriving just in time for this Sunday’s Grammy Awards show.