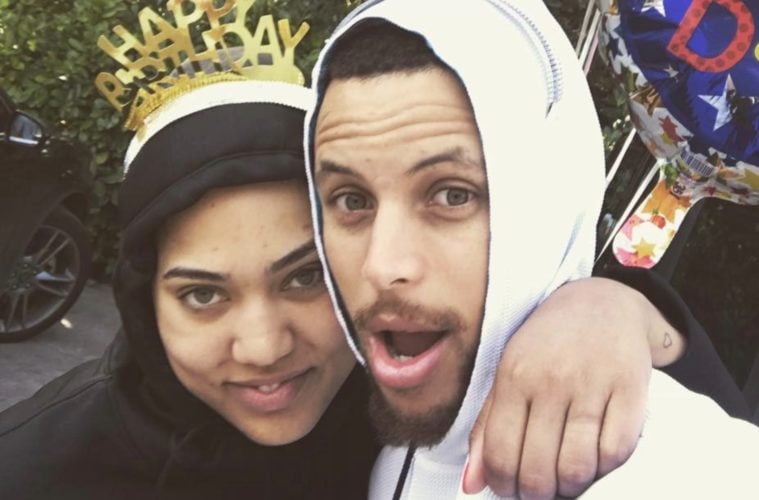 Golden State Warriors’ Steph Curry looks like he’s ready to throw in a few bucks to own the North Carolina Panthers. The NBA champion has co-signed music mogul Diddy’s intent to purchase the popular NFL team.

Last night, Steph hit up Twitter to quote Diddy’s purchase dream and reveal his interest in possibly becoming a co-owner.

NFL free agent Colin Kaepernick has also revealed his interest in getting a piece of the Panthers.

I want in on the ownership group! Let’s make it happen! https://t.co/sDR4ciciY8

On Sunday, Puff Daddy shocked fans by revealing his intent to buy the Panthers.

Attention to the Carolina PANTHERS!! ATTENTION NFL! This is a chance to make history!!! There are NO AFRICAN AMERICAN MAJORITY OWNERS IN THE NFL!!!! I WOULD LIKE TO BUY THE CAROLINA PANTHERS!!! Let’s GOOOOOOO!!!!! Spread the word. Tell the world! No joke.

This picture was taken back in 2003. This is God’s work. It’s time!! ATTN all @NFL owners, it’s time for diversity!! It’s time for Black ownership!! The time is now. Let’s make it happen!!

Last night, the Panthers’ owner/founder Jerry Richardson shocked fans by announcing plans to sell the team after the 2017 season.

Jerry Richardson will put Carolina Panthers up for sale https://t.co/jvPW3GRAAi

In October, Puff Daddy shared his demand to buy the entire NFL. 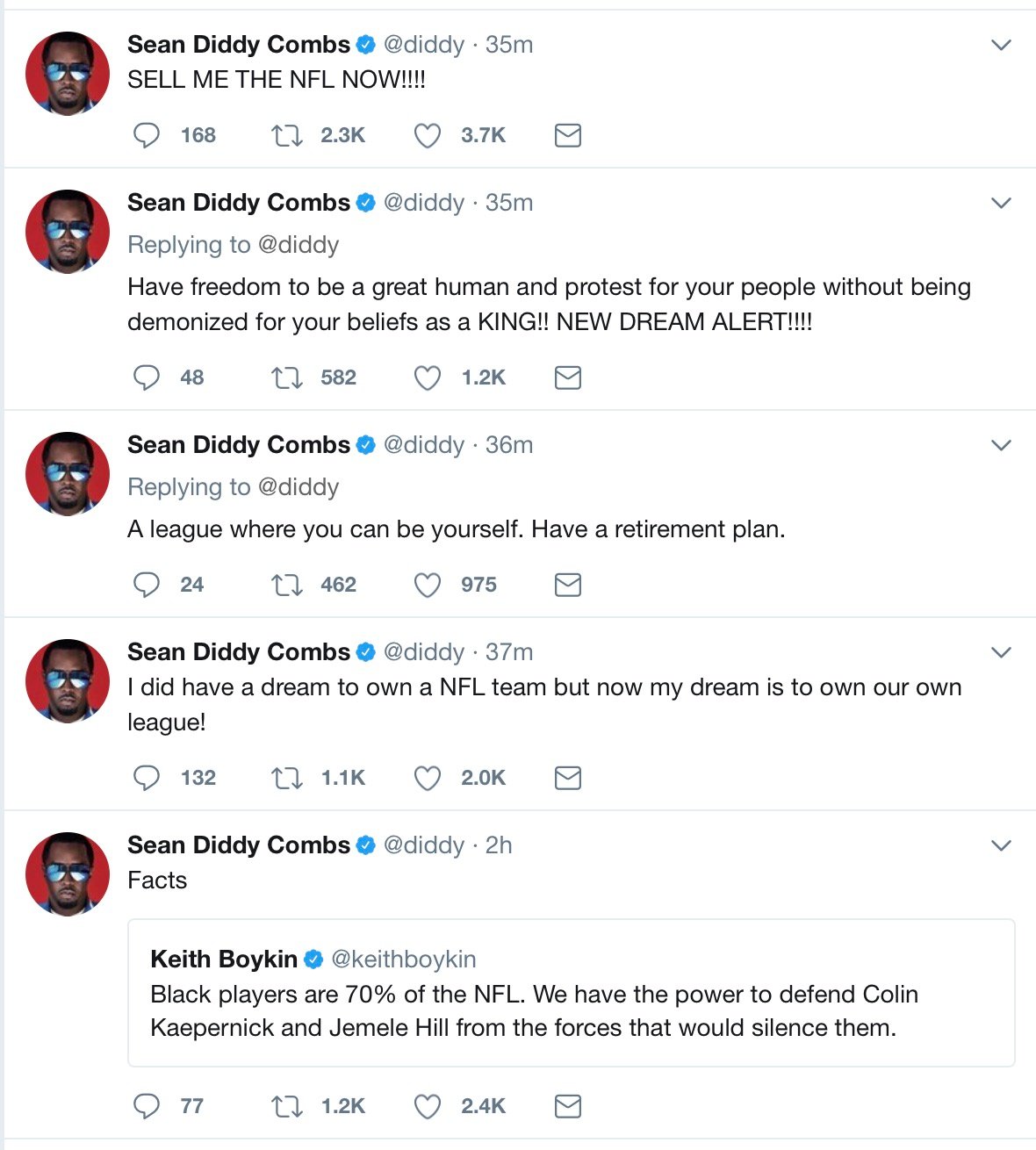 I did have a dream to own a nfl lteam but after this post my DREAM IS TO OWN OUR OWN LEAGUE. WHERE YOU CAN BE YOURSELF. Have a retirement plan. Have the freedom to be a great human and protest for your people without being demonized for your beliefs as a KING!!!!! New dream alert!!!!! Sell me the NFL NOW!!!! #fuckthat #takedat AND FOR THE RECORD IM NOT EVEN MAD. ITS OUR FAULT FOR NOT HAVING THE COURAGE OUR ANCESTORS HAD!!!!! Maaaaaaan!!!! #TAKEDAT AGAIN