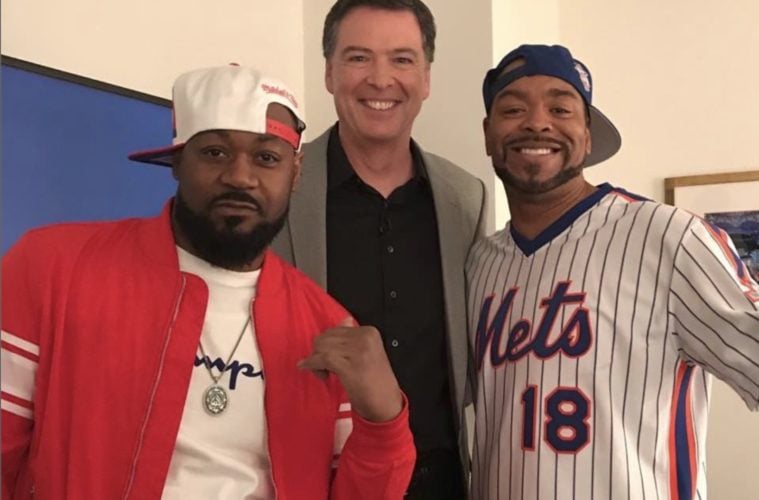 Ghostface Raises Eyebrows After Linking W/ James Comey: “Workin On Getting That Album Back From The Feds”

Tony Starks went to Instagram Tuesday (April 17) to share a legendary shot of himself, Method Man and Comey.

Martin Shkreli, the former pharmaceuticals entrepreneur awaiting a criminal sentence following a fraud conviction, has been forced to hand over the Wu-Tang Clan album he paid $2m for at auction in 2015. The order comes after Shkreli was convicted for securities fraud in August 2017 – he was found to have lied to investors about how their money would be spent, though Shkreli defended himself by saying that none of the investors lost money, and some made substantial profits. He is facing a maximum of 20 years in jail, though his lawyers have recommended only 12 to 18 months, plus community service. (The Guardian)

A few days ago, the Wu’s Raekwon shared a pic of himself, Ghostface and rap star Drake all linked up.