Wu-Tang Clan's Ghostface Killah recently offered up some dicey words for longtime group member RZA and revealed his issues with the sounds Bobby Digital has crafted as of late.

1.6k Views Comments Off on Ghostface Killah Goes In On RZA: “I Got Babies By His F*cking Sister, But What I’m Hearing…”
Share

While fans continue to beg for an official reunion album, Ghost said he cannot get past the fact that 2007’s 8 Diagrams did not live up to his own expectations.

“8 Diagrams, I couldn’t stand it ’cause I know us, and then I know my man [RZA] even more,” he says. “I’m like, ‘Yo, how could you give our f*cking people that?’ Now you had people that said, ‘Oh no, I liked it.’ That might be the ‘yes men’ n*ggas. You know what I mean? Or it’s a miss or something ’cause I know how we can be. These motherf*ckers wanted the skits. They wanted to feel like they at home with us. They wanna feel like, ‘Y’all didn’t hear this in a long time. What y’all got now?'” (XXL Mag)

“I saw him give other n*ggas fly samples from Nas to Busta Rhymes. Busta Rhymes sent me some sh*t, I said, ‘Yo, where you get this from?'” he explained. “I went to RZA. I told him I wanted this box right here. He gave us some fly sh*T’…pay for the sample RZA. Pay for the sample. So what they gonna take this and things, but the people want that from us right now. Pay for the f*cking sample. RZA’s my brotha for life. That’s my brother-in-law. I got babies by his f*cking sister. But what I’m hearing, I’m not saying I’m the best, but I’m consistent about my sh*t. So what you gon’ roll with? The n*gga that’s being consistent or – even though he taught me a lot of sh*t but it’s like is your sh*t still – the way y’all been making these cakes for the past 30 years. Entenmann’s. Are y’all still making those kind of cakes? Or Little Debbie’s is coming up blowin’. C’mon man, that’s not that crumb cake, n*gga.” (XXL Mag)

Last fall, RZA spoke on the importance of Wu coming back together at least one last time.

“There’s one last job Wu-Tang Clan must do. The 20th anniversary [of “Enter the Wu-Tang (36 Chambers)”] is next year. And we need to, one time, completely, efficiently, properly, professionally represent our brand. One more time. But this time, showing up on time for press and for concerts and studio. Do it one time, perfect. We did good – people love it and I’m proud of what we’ve done. But all that was done – I would always say in my old interviews, “This is organized confusion.” It was kept and contained, but it was a lot of chaos.” (New York Times)

A few weeks ago, Wu’s Raekwon explained why a reunion should be deeper than putting extra money in their pockets.

“Of course I want to see a Wu-Tang reunion. Of course. Who wouldn’t? I just want everything to be right, the business. When we made a lot of our great music, it was because we were in harmony. You cannot put guys together if there is no harmony, and on top of it, we’re doing business. As a man with children, I have to always look at that. It’s bigger than sometimes just the thought of it, the fact of it, it just gotta make sense.” (RapFix)

“The reunion already started, man,” Masta told SOHH. “You know what I’m saying? [laughs] That’s something natural. That’s like coming home for Thanksgiving. Sometimes all the family shows up, sometimes you might be missing a brother and you’re like, ‘Ah man! It would have been the bomb if he had came.’ You know? We’re gonna do what we do naturally but I’m definitely looking forward to bringing it all back together and holding up the ‘W’ again. Whenever that comes, just know it’s coming. Just know it’s coming.” (SOHH)

Could you use some fresh goodies? Peep today’s SOHH 5 Reasons for your chance to win!

Comments Off on Ghostface Killah Goes In On RZA: “I Got Babies By His F*cking Sister, But What I’m Hearing…” 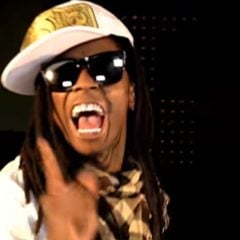