With “The Get Down” Done, Nas’ Giving Everyone Another Show To Get Behind

New York rapper Nas might be down but he’s not out. The hip-hop veteran has put a hefty co-sign behind an upcoming HBO documentary.

Nasir Jones jumped on Instagram Thursday (May 25) to announce his support for music icons Dr. Dre and Jimmy Iovine‘s upcoming “The Defiant Ones” documentary series. 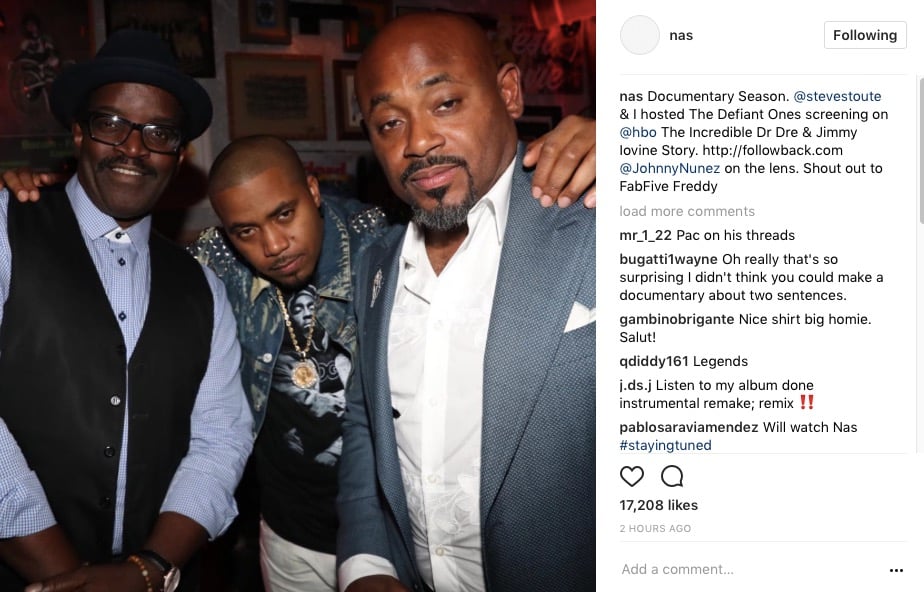 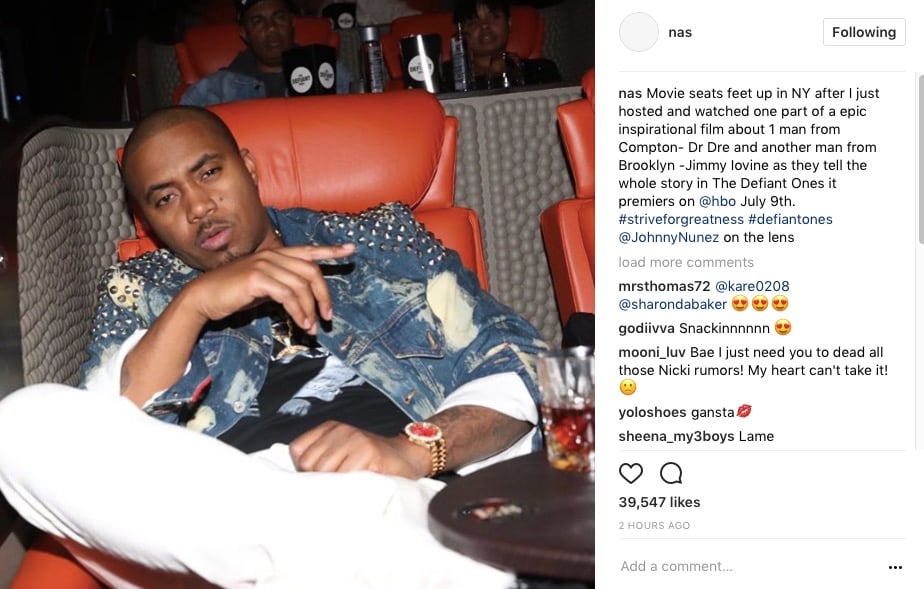 Back in December, buzz developed about Dre and Iovine bringing their personal stories to HBO.

HBO has announced it will be airing a four-part documentary on Dr. Dre and Jimmy Iovine, which chronicles their divergent roots and their unlikely partnership as well as addresses the moguls’ influence and impact on pop culture. Directed by Allen Hughes (Menace II Society), The Defiant Ones features in-depth interviews with Dre and Iovine along with many diverse artists. (Rolling Stone)

An HBO executive had also confirmed the big production and revealed what viewers could look forward to.

“‘The Defiant Ones’ has everything you expect in a great story — drama and humor, tragedy and triumph,” said Casey Bloys, HBO’s president of programming. “Allen Hughes takes you on a journey through some of the most important flash points of popular culture, and I’m delighted that we can bring this unforgettable saga to our viewers.” (Variety)

Various hip-hop stars like Eminem and Nas are attached to the doc.

Hughes filmed the “The Defiant Ones” over a “a three-year period,” and it will feature “extensive interviews” with Dre and Iovine, as well as interviews with “Bono, David Geffen, Eminem, Nas, Ice Cube, Gwen Stefani, Jon Landau, Tom Petty, Trent Reznor, Snoop Dogg, Bruce Springsteen and will.i.am,” according to HBO’s announcement. The documentary also includes “never-before-seen footage from a multitude of recording and writing sessions with Eazy-E, JJ Fad, Stevie Nicks, N.W.A., Tom Petty, Bruce Springsteen and U2, among others.” (Pitchfork)