Florida man George Zimmmerman has reportedly landed a $400,000-plus offer for the gun he used to kill teenager Trayvon Martin in 2012.

According to reports, Zimmerman has a legit hefty bid for the murder weapon. 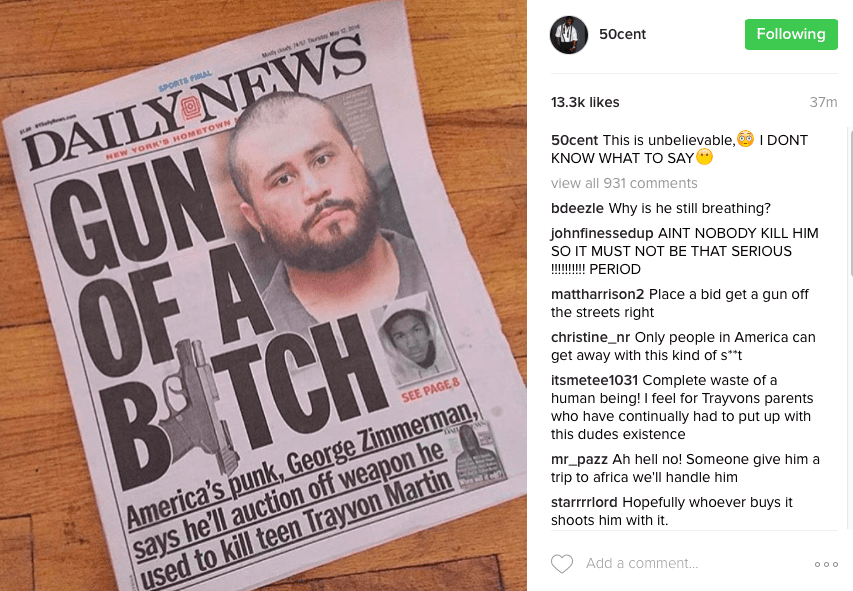 Zimmerman had his Trayvon Martin gun post removed from an auction site Thursday (May 12).

Buzz behind Zimmerman putting up the murder weapon went viral early Thursday (May 12).