As seen on SOHH.com - follow @sohh @sohhdotcom
999 Views Comments Off on Game’s New Year Resolution: “Cut Everyone I Thought Was A Real Friend The F**k Off Effective Immediately”
Share
Advertisement

West Coast rapper Game is looking for his real friends at the start of 2017. The hip-hop heavyweight has revealed his New Year’s resolution to social media.

Game went to Instagram Monday (January 2) and revealed his state of mind for ’17. 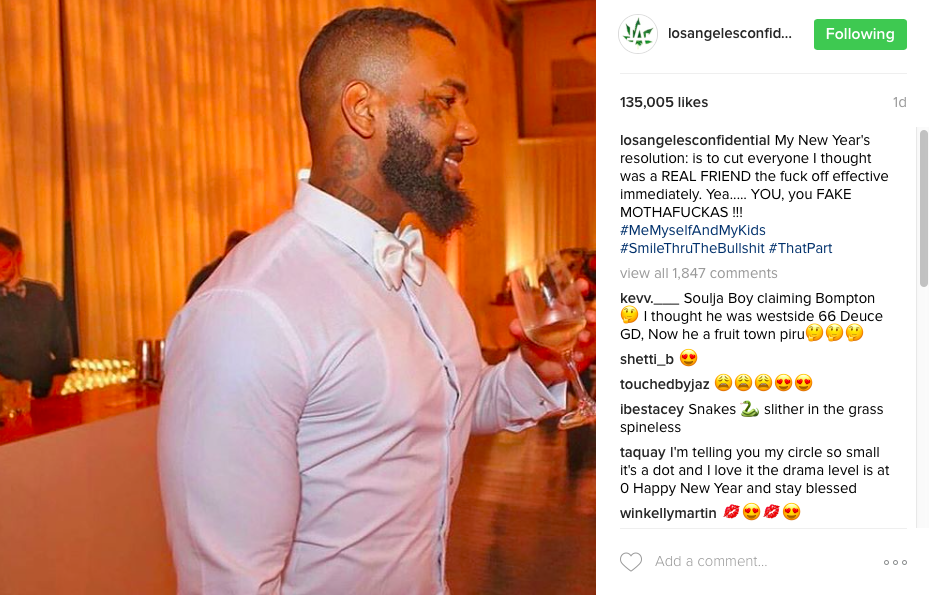 Comments Off on Game’s New Year Resolution: “Cut Everyone I Thought Was A Real Friend The F**k Off Effective Immediately”