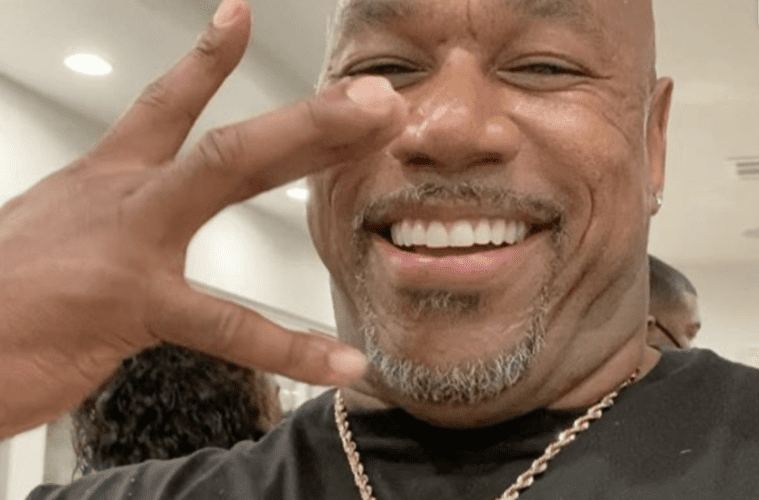 Game’s Manager Wack 100 Draws A Line In The Sand For When Government Defeats Protestors: “Know When To Fold Em”

West Coast rapper Game‘s manager Wack 100 is letting fans know he sees a line in the sand. The hip-hop executive has shared his thoughts on protests going beyond a tipping point and when people should bow down to the government.

In 100’s opinion, protestors cannot go toe to toe with the government’s military forces. Wack said folks should not try going up against a militia.

“The reality is when they come ALL YOU NEGROS will tuck your tail and run into the house. So the smart thing to do is pipe down and end it with some dignity on respectable terms. Know when to hold em and know when to fold em ….. Wack in the house on Zoom —- #BusinessAsUsual” -Wack 100’s Instagram

Despite Wack’s issues, Game has appeared to feel a lot differently. The Los Angeles native has poured his heart out to fans and explained his full support of protesting.

“People are upset, angry & unleashing tension of being forced in-doors for 90+ days by what seems to be a man-made virus. But, trust & believe all of this was for seen & these protests, riots, pandemic along with all that has transpired this year is apart of the mass agenda. Trumps silence during these times which stem from the tragic & unlawful death of #GeorgeFloyd should be all the reason you need to cement what’s really going on behind closed doors in this country. & this all transpiring during election year, the anniversary of the “Tulsa Race Massacre” also known as “The Black Wallstreet” 99 years ago on this date. Why do people hate people so much is an answer no one can ever seem to give….. & do it continues, and as it the days grow, the fires burn & the tension rises… I want all of my sisters & brothers out here in these streets to say safe & pay real close attention to the obvious…… “THEY HATE YOU” & don’t even know why. SAY THEIR NAMES !!!” -Game’s Instagram

On Tuesday, West Coast rapper YG jumped on social media to update fans on why he had to nix initial protest plans. YG did deliver positive news by announcing his new “F**k The Police” song dropped.

“Aye, so I got bad news. I was told today that my protest is not safe and that people could get hurt or shot. And I’m not trying to get none of my people hurt or shot so I’m a cancel today. It’s f*cked up but I’m going to come back bigger and better. I’m gonna partner with Black Lives Matter and do this sh*t the right way, for the people, for the city and for all the artists that want to pop out and participate. With that being said, ‘F*ck The Police’ is out right now. It’s in my bio. I couldn’t wait for the label. Yeah! I’ll see y’all outside!” -YG’s Instagram

Hours prior, YG hit up his Instagram Story to announce protest plans. Despite any negative perception, the rap star told followers it would be positive and people would not loot.