Game’s Manager Tells Soulja Boy To Fall Back: “This Is A Losing Battle” [Video]

A screenshot has surfaced of Wack warning Soulja to fall back on his e-beef.

This week, Soulja wasted no time in his feud and dropped the anti-Quavo track “Beef” to the masses.

Hours prior, Soulja put Quavo on blast across his social media channels. 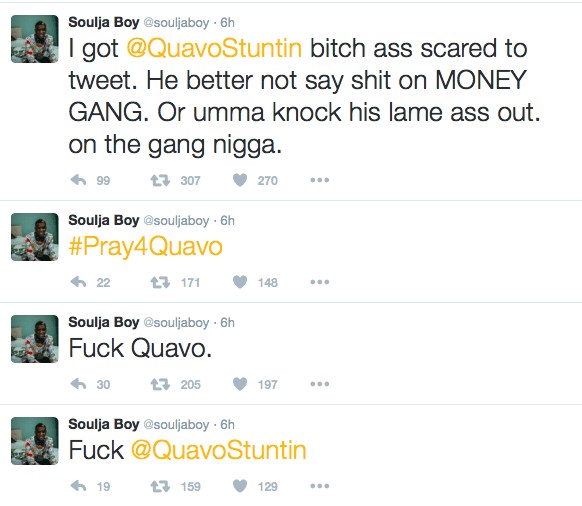 I need an interview big bro. You don't know the full story behind the beefs. Everything I do is legal. Call me bro I'll come to NY @cthagod

I still got a crush on @angelayee 🙂 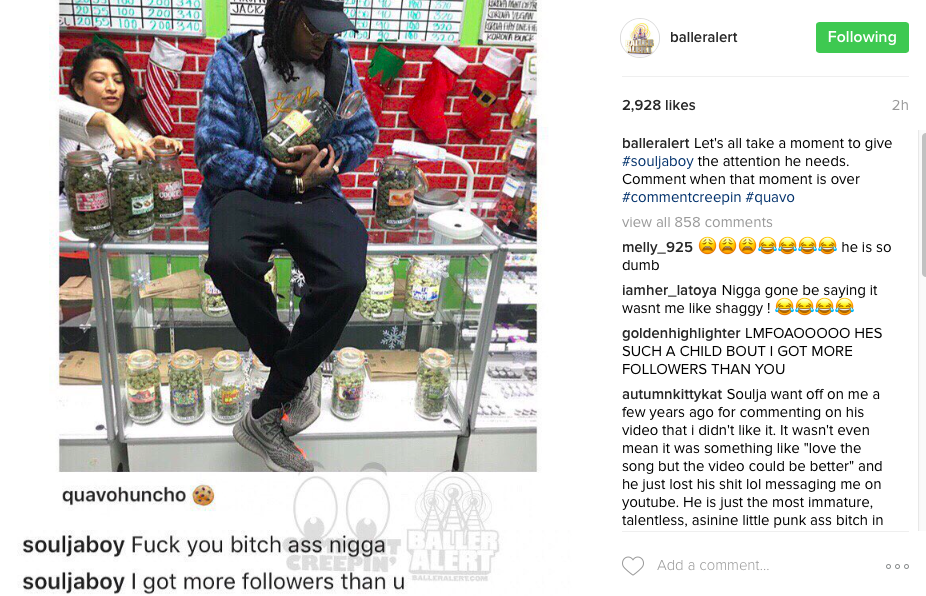 A couple nights ago, Soulja publicly called out Quavo on his Instagram page.