West Coast rapper Game is ready to bet the world on his son. The hip-hop veteran has treated fans to a sneak peek at how primed Harlem Taylor is for living out his basketball dreams.

Last night, Game went to Instagram to show off the dedication Harlem has in training himself for highschool b-ball. 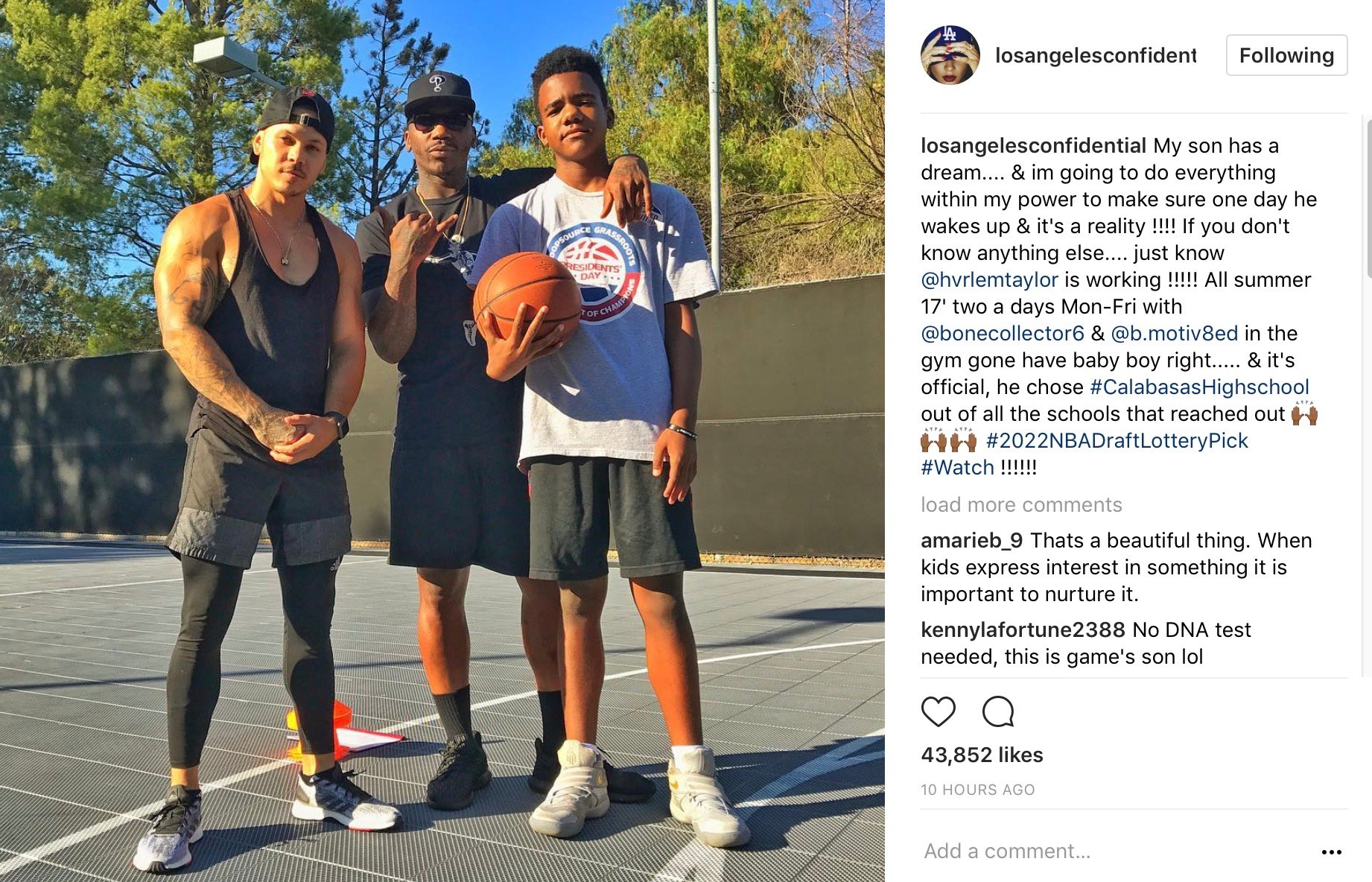 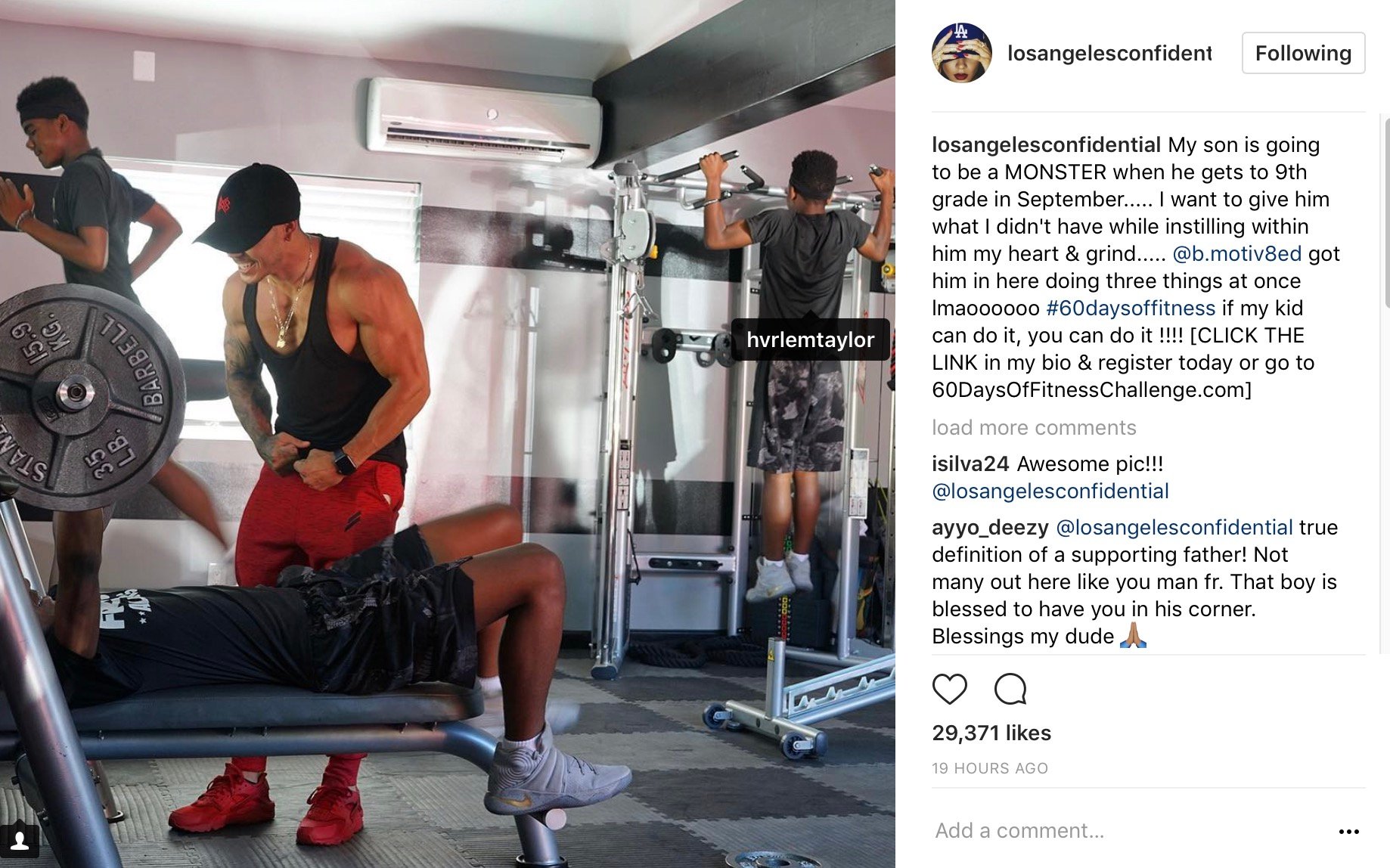 The thing I love about my son is that I do not have to push him to wanna be great…. this is his dream, I'm just supporting it…. mon-fri two a day training sessions…. 1st one in the gym with @b.motiv8ed for an hour then I run his a bath so he can soak his muscles in epsom salt & rest for 4 hours before @bonecollector6 gets to the house for his 2 hour workout on the court…. Practice makes perfect… take your time until it's perfected !!!! This is the 30th time he's done this drill in the last 40 minutes & he hasn't complained, stopped or not gave 100% of everything he is… because I've always told him since he could understand my words that he is the REASON. Soon as she told me she was pregnant I prepared myself for this day….. Encourage your children, love them, support their dreams & be there every step of the way !!!!! #BamTaylor #CreateYourOwnLegacy #AllSummer17 #OnTheHomeCourt 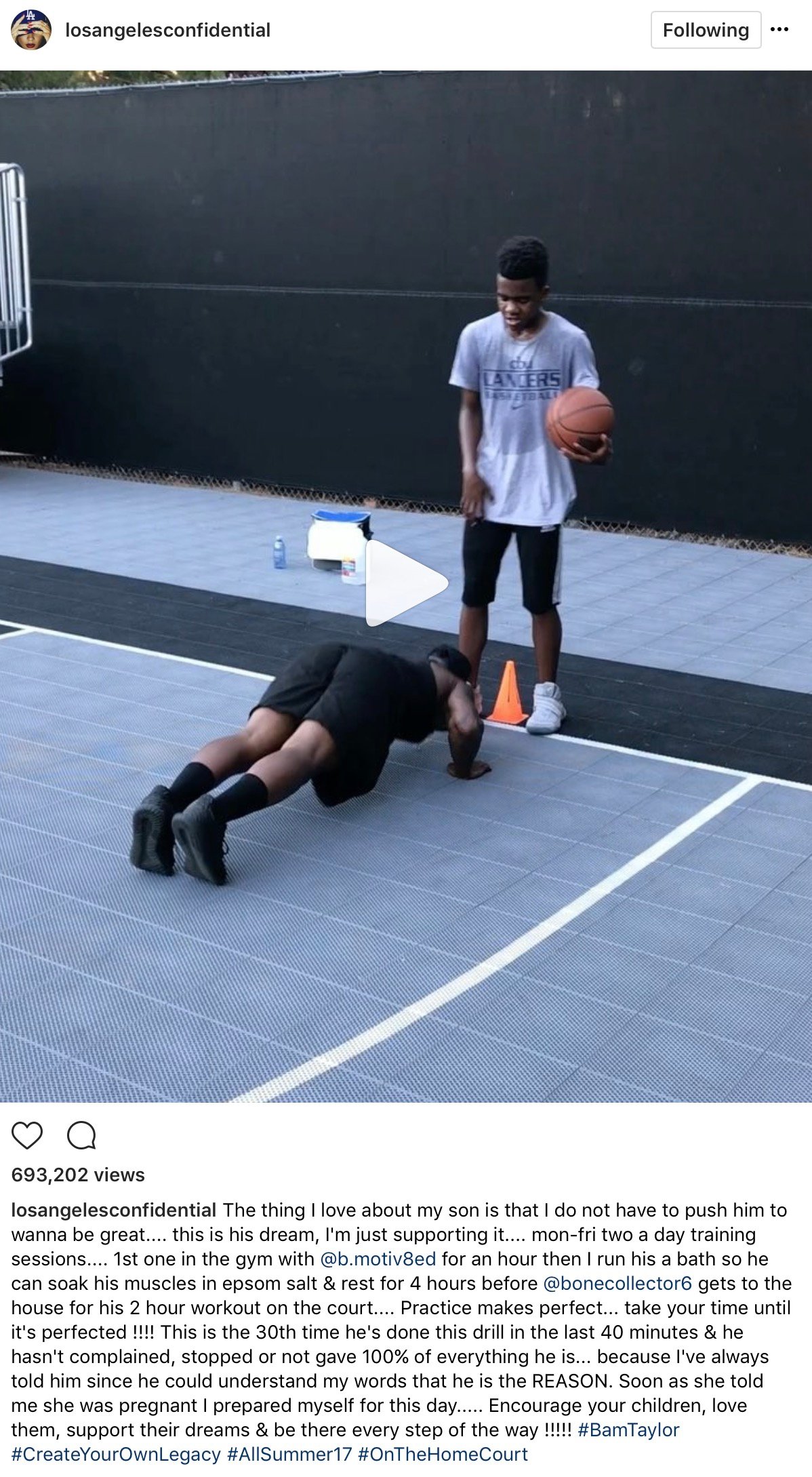 In mid-June, the sports fanatic pumped up Taylor’s skills across Instagram. 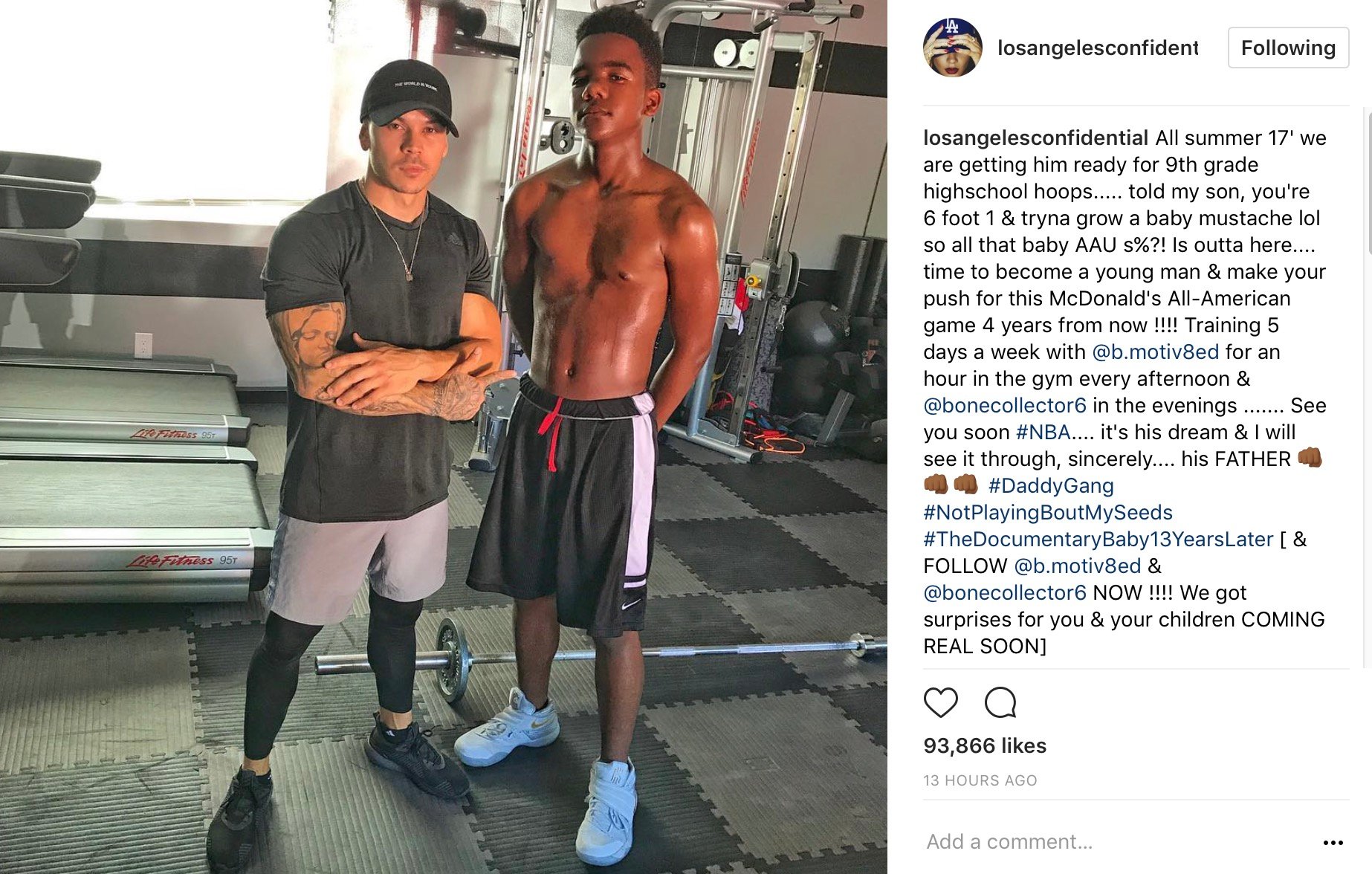 Earlier this month, the hip-hop stud reflected on his 13-year-old son with a vintage pic. 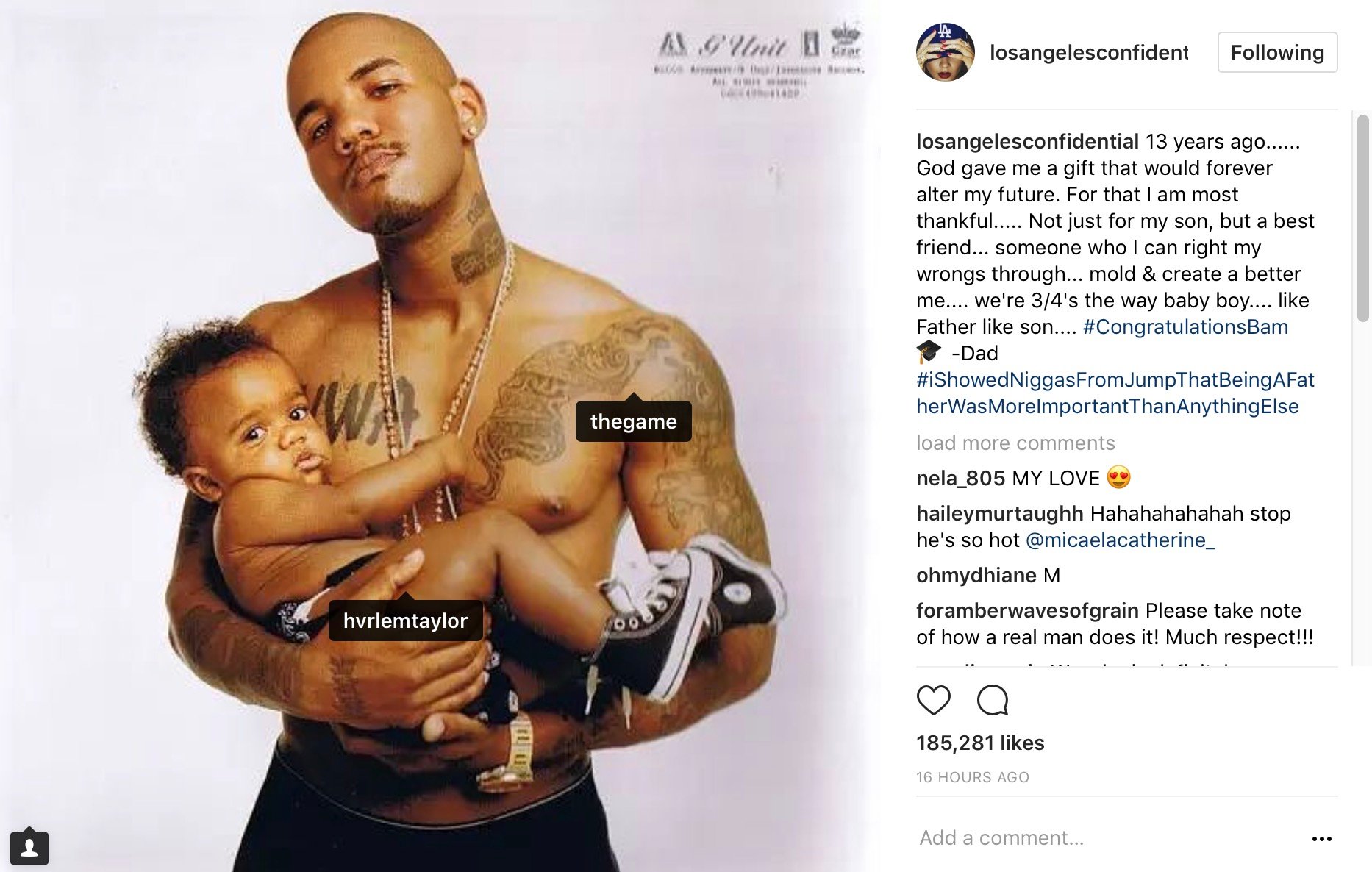 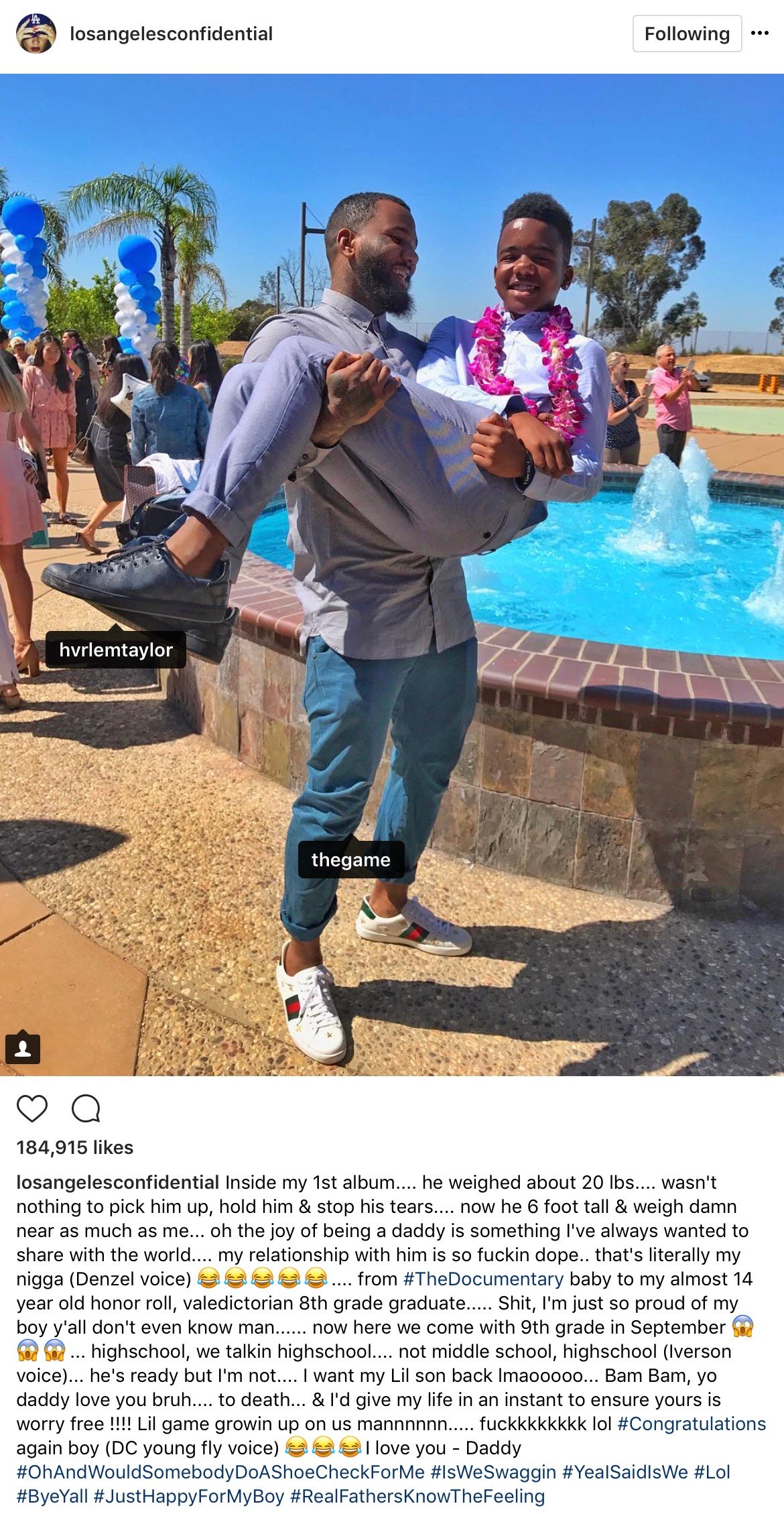