Game went to Instagram Wednesday (October 19) night to show off where his album stands amongst its competition.

Still the #1 hip hop album in the world this week…. to all my REAL FANS, if you ain't got #1992 CLICK THE LINK IN MY BIO & download it NOW !!!! To all my haters…. suck a dick through a coffee straw 😂😂😂 #TheBlackWallstreet #BloodMoneyENT

Earlier this week, the Los Angeles native boasted about the 10-year anniversary of his Doctor’s Advocate album. 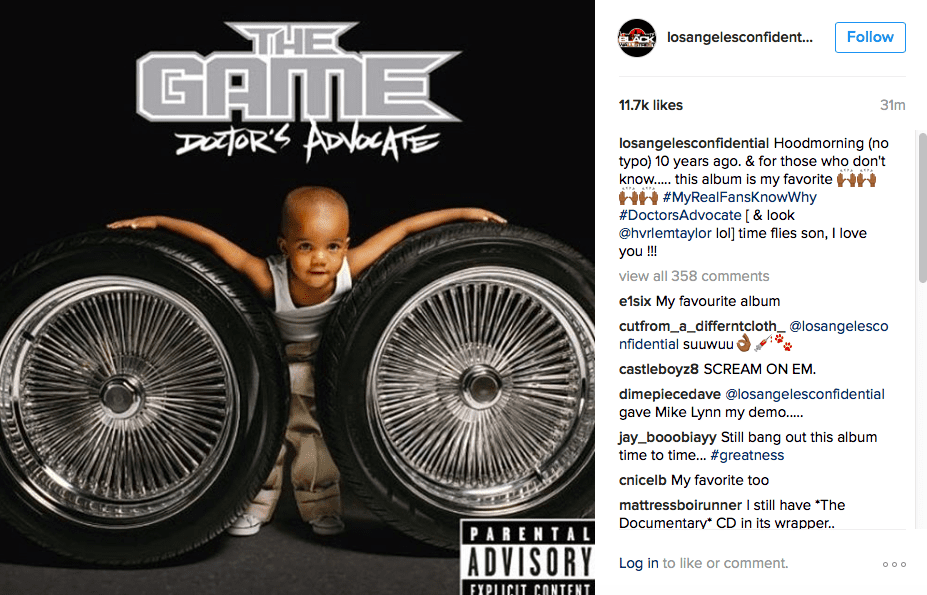 Over the past few days, NFL star Odell Beckham Jr. and singer Tyrese showed their support for 1992.