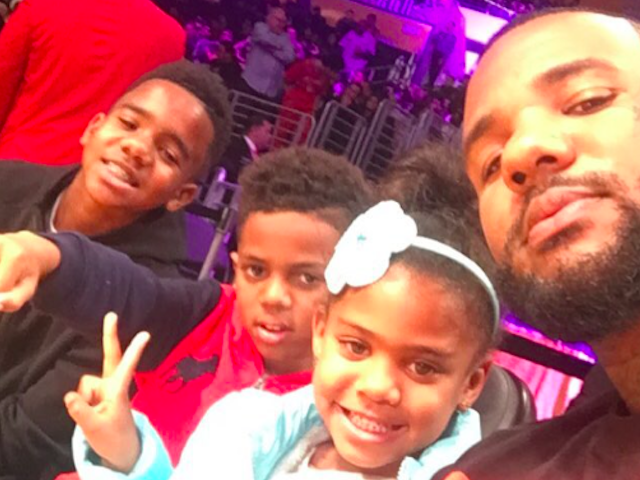 West Coast rapper Game and Young Thug are taking their feud to another level after appearing to drag their daughters into the e-beef this week.

Screenshots of both hip-hop rivals commenting on their kids has surfaced online. 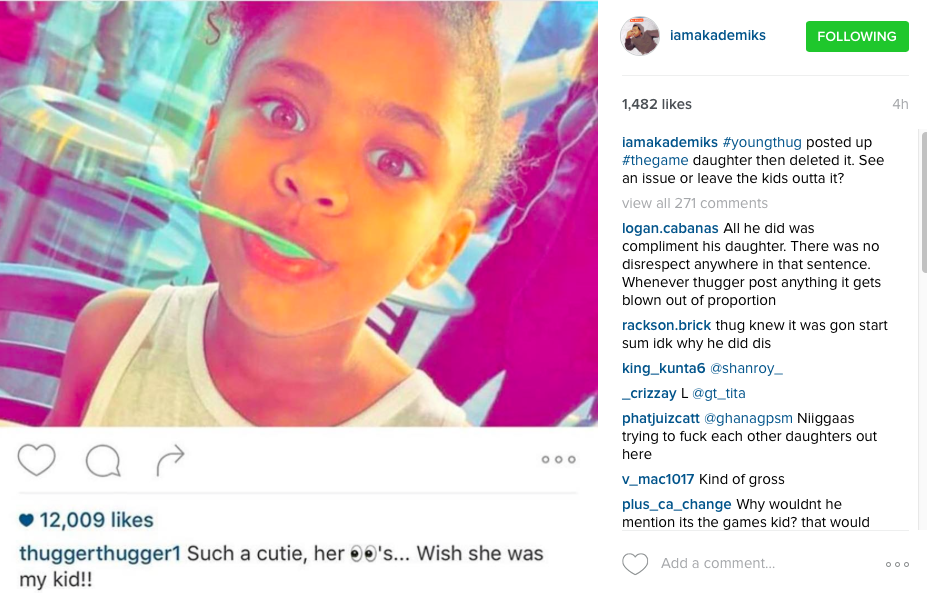 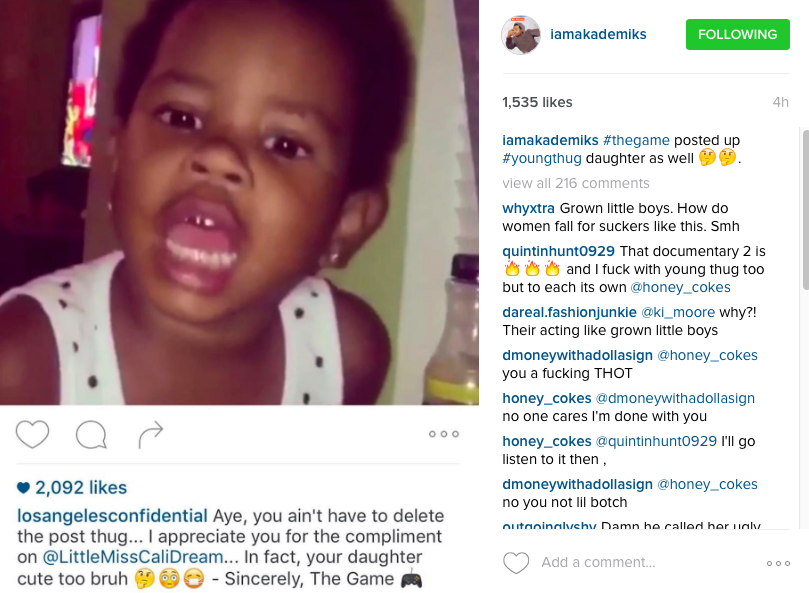 A screenshot of Game responding to an Instagram user warning him about Thugger engaging in a rap feud with him surfaced earlier this month.

#thegame don't give a f*ck ? #youngthug

“If you had a friend and somebody was f—ing with your friend and you didn’t help, then are you really a friend? I’m more vocal than Wayne is as far as beefs are concerned. I stepped in and said what I had to say in defense of a longtime friend. It’s good not to ever have a beef with anybody, but I’m not the one that starts beefs. I’m just the guy that once it’s on, it’s on. I’m not really tolerating any type of disrespect to me, my children or my friends. At the end of the day, that’s all you really have.” (Billboard)

Back in May 2015, footage of Game calling out Thugger emerged online.

“My n*gga [Lil Wayne] ain’t never been Hollywood, he’s just been Hollygrove,” Game said. “You know what the f*ck it is, n*gga. West side in this motherf*cker. Anybody f*cking with Tune got a problem with me. I will f*ck Young Thug up, I’m a piru, n*gga!” (Baller Alert)