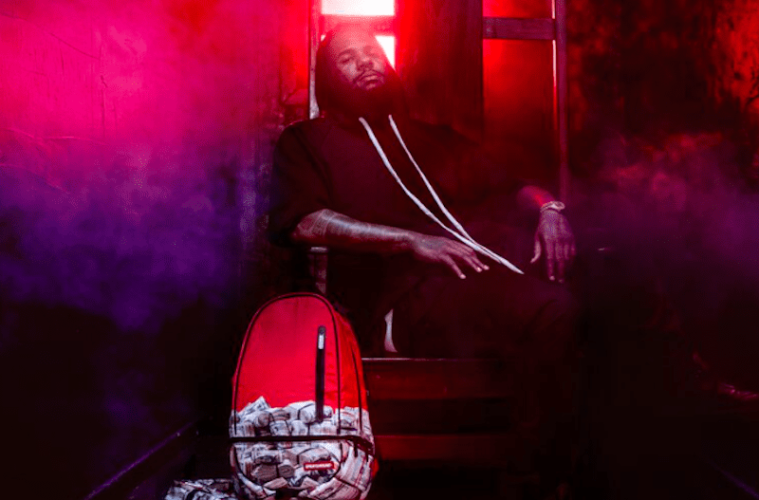 West Coast rapper Game is making sure all of his fans know late music icon Eazy-E‘s legacy. The hip-hop heavyweight has paid homage to the N.W.A. leader. 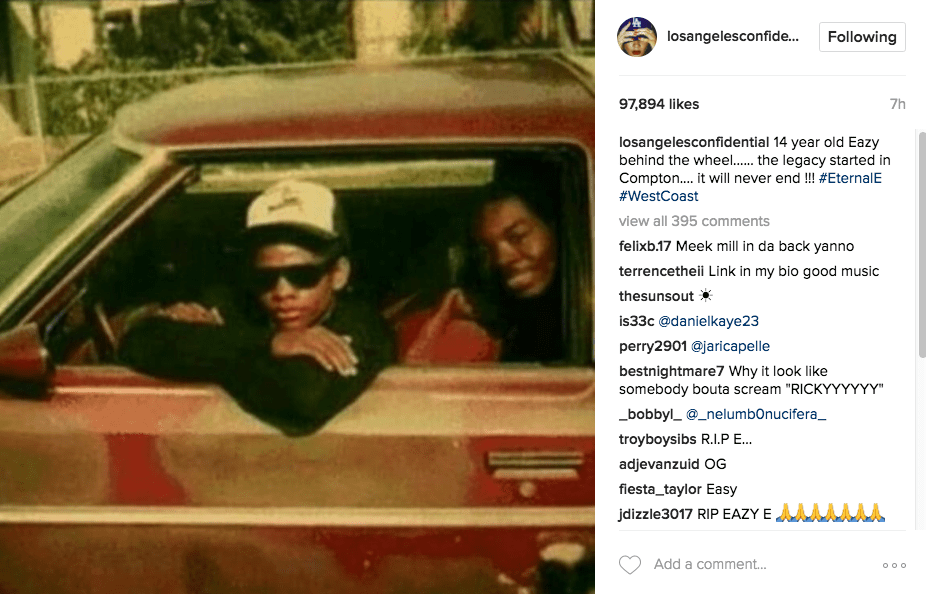 In October 2016, Game showed his support for Eazy’s daughter Ebie Wright in her pursuit to get a documentary made. 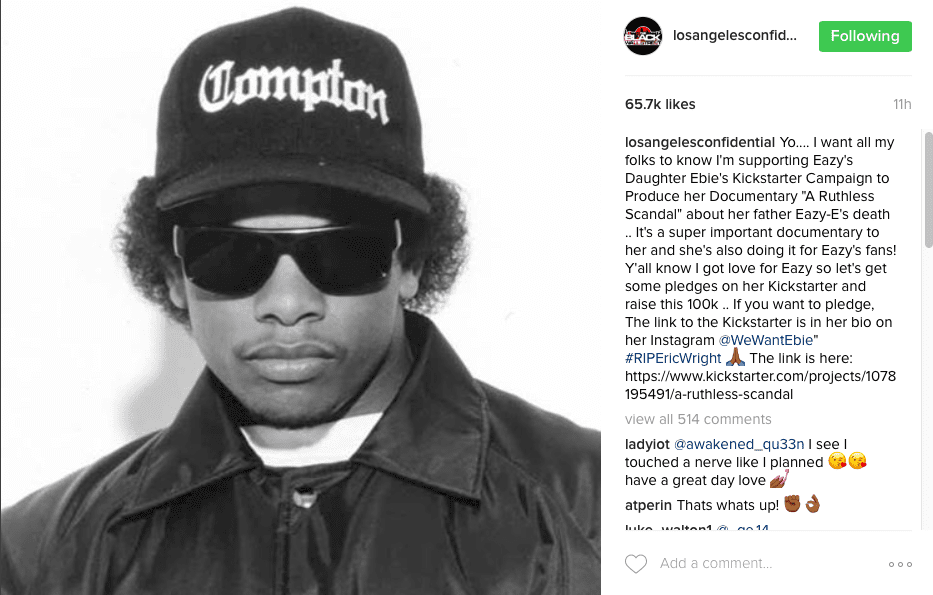 Days prior, Ebie spoke out on putting together a tell-all on Eazy’s life.

The rapper’s daughter, Ebie, has launched a Kickstarter campaign to fund a documentary exposé titled A Ruthless Scandal: No More Lies. She alleges, 21 years after Eazy’s death, that he was murdered and wants to present what she claims are “jaw-dropping” revelations about his final days and the battle for his estate. Ebie’s mother, Tracy Jernagin, and half-sister, Erica, are signed on as producers; the three women have been working together on the film for the past 10 years. (Rolling Stone)

“What made Eazy special was that he was telling a different type of truth, a truth that wasn’t heard in music yet. Before them, rap was fun — you had your battles and whatnot, but this time around, when it came to what Eazy wanted to do, being a visionary, he had the idea of speaking the honest truth, and I think it really resonated with a lot of people because it was the shock value of, “Okay, these guys are really standing out and focused on telling their reality, no matter how pissed off you get by it.” And it got interest from people. People actually wanted to hear it and wanted to know what was going on.” (PAPER Mag)