Game Says All Hail Lamar: “Kendrick Is The New Nas” 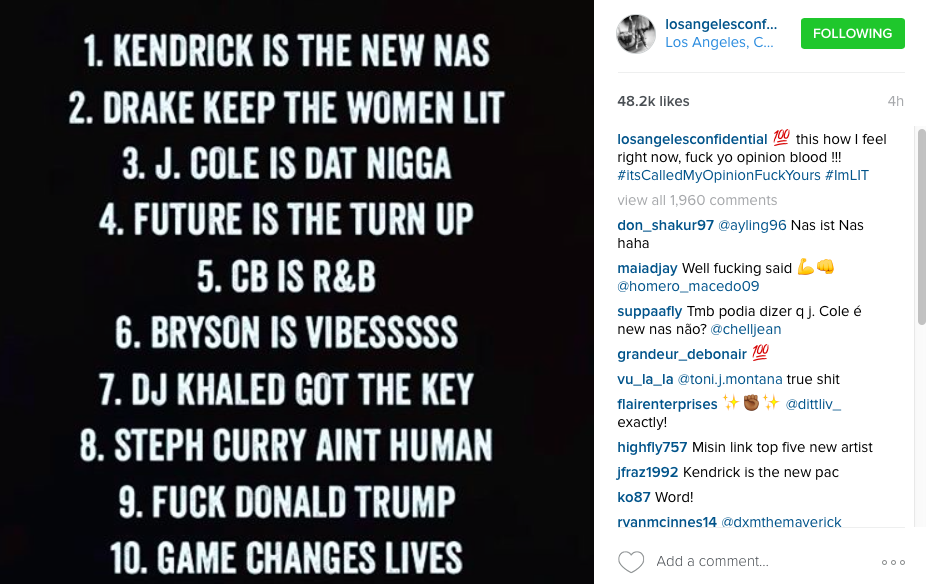 Recently, Top Dawg revealed he had some stashed Lamar tunes on Twitter.

I got Em for my own personal use… https://t.co/tcUXP3V1VE

“They position him like they did on the Grammys as the new music. It’s not that it’s not the right thing to do, you see the whole thing was like Kendrick’s night. [To Pimp A Butterfly] doesn’t sound like nothing that’s out, the whole hip-hop game don’t sound like that. He took that one step to the left. That’s not what you’re listening to all the time. … I just feel they position it as the new face of hip-hop – they put him on that platform to shift music to that direction. … With these new artists, I don’t know their life story. I love the music but I’m not fully [up on them]. That’s a difference between now and where I feel music should be. It’s more of a song. The artist became the song. It’s no lifestyle.” (“The Breakfast Club”)