West Coast rapper Game recently updated fans on his highly-anticipated The Documentary 2 album and revealed how much it impressed longtime mentor Dr. Dre.

According to the former G-Unit member, Dre called his album the best hip-hop project in the past few years. 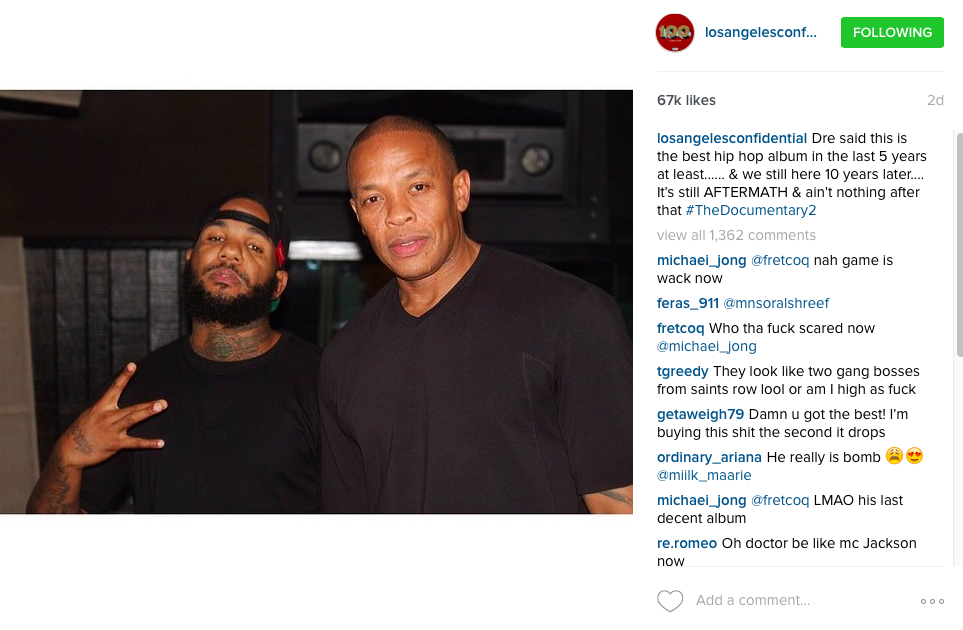 Game previously hinted at plans to release the album in June.

“I feel like I could have released it after The Documentary one but sometimes, you know how they say sometimes things happen for a reason, ten years later, it seems perfectly fine. It’s my sixth album, my sixth solo album, I think that the tenth anniversary is huge and why not put it out – the actual Documentary 2 is going to drop on my son’s birthday June 30th.” (Revolt TV)

“It’s on the way, I’m about 90 percent [done],” Game revealed in an interview about his upcoming new album. “I want [Dr.] Dre to get back from his vacation on his yacht. … You can expect the Kanye’s, Timbaland’s, Swizz Beatz’s, Just Blaze’s, Scott Storch, rare, Scott Storch. I’ll get with Dre next week when he gets back and wrap it up. … Kanye? You can get a good, solid week out of Ye,” Game added. “We got history” (“The Cruz Show”)