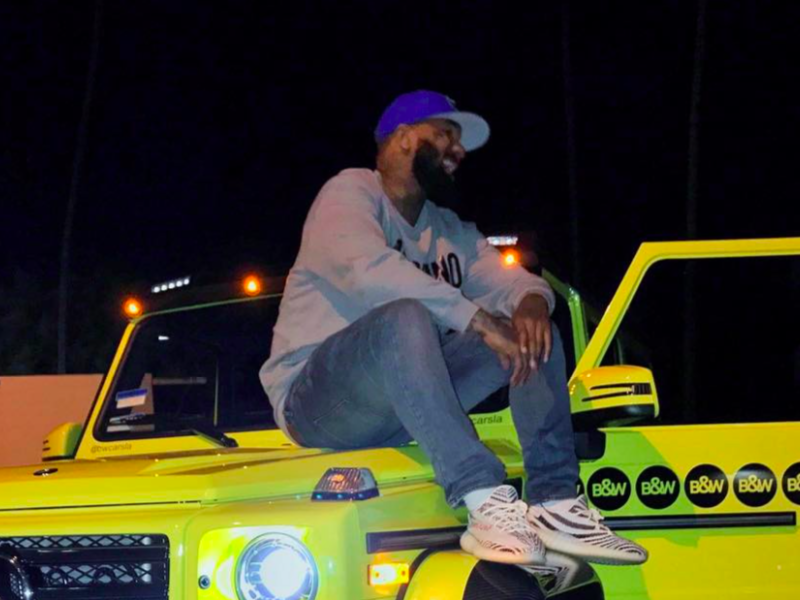 Game Has The Perfect Clap Back For Everyone Blasting Boosie Badazz: “He’s Just Telling The Truth” [Video]

California rapper Game is coming to Boosie Badazz‘s defense. The father of three has spoken up amid backlash the Louisiana entertainer’s received over his son’s birthday shout-out.

In a new interview, Game said fans and critics alike should stop trying to tell Boosie how to deal with his mini-me.

“You can’t tell nobody how to take care of their kids, man. Is he being a father if he wasn’t there for his kids? Then you’d have something to say about that. But because he’s making a joke on his Instagram page, about ‘his’ son, what is everybody worried about Lil Boosie’s kid for? He’s taking care of him. You can say whatever you want about your kids as long as you’re not abusing them or imposing harm on them, you should be good. People need to get back to focusing on themselves instead of everyone else. He’s just telling the truth. It’s the facts of life.” (TMZ)

A few hours ago, Boosie lit up Instagram with an emotion-driven open message to his haters. 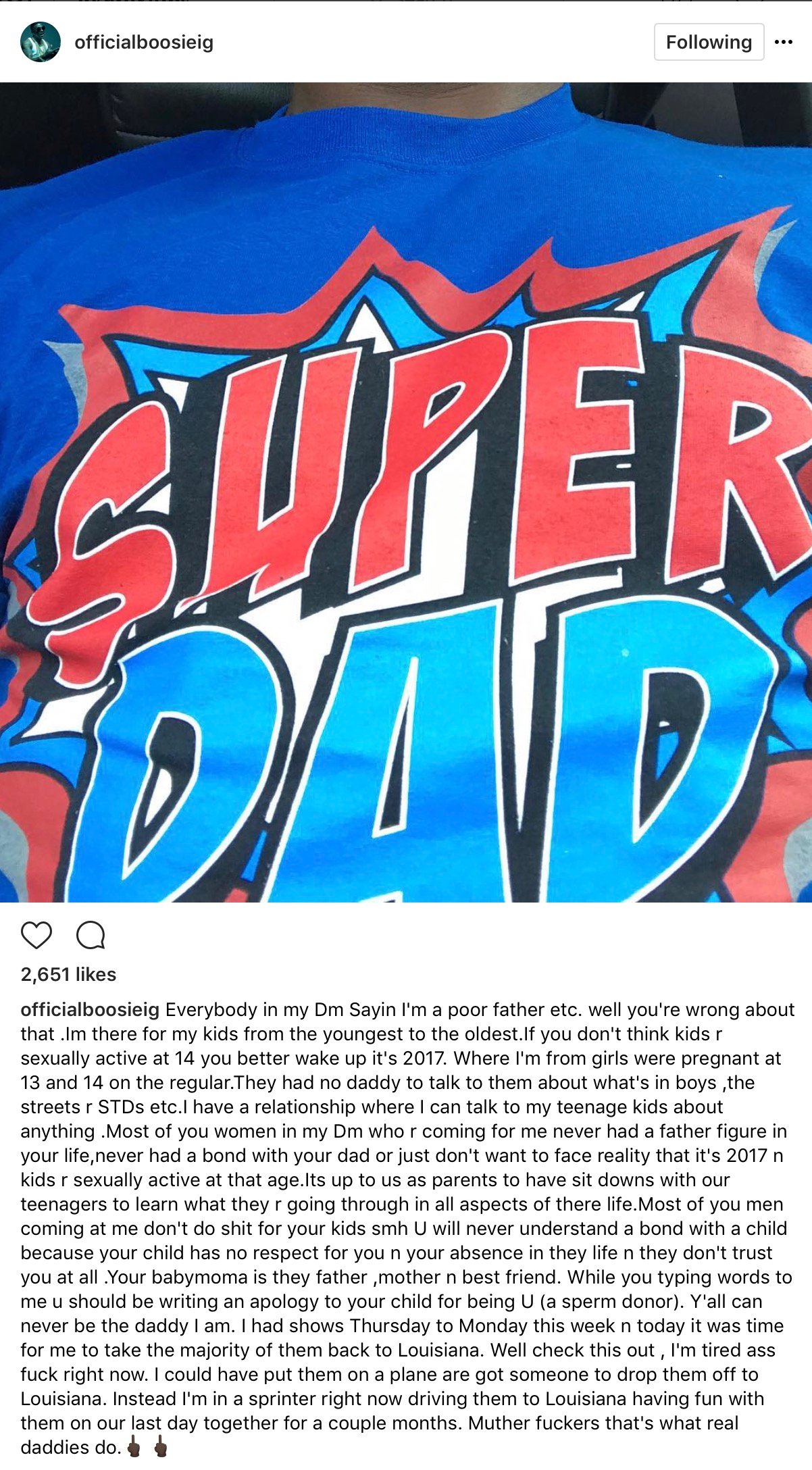 Yesterday, Badazz spoke out following backlash for making a sexual joke on his son’s 14th birthday.

“I was just clowning on the Instagram, really. I was just really clowning. I ain’t going to get him no head – if he wants to get some head from some girl, he’s 14-years-old.” (TMZ)

Hours prior, Boosie caught the Internet’s attention with his dicey comments. 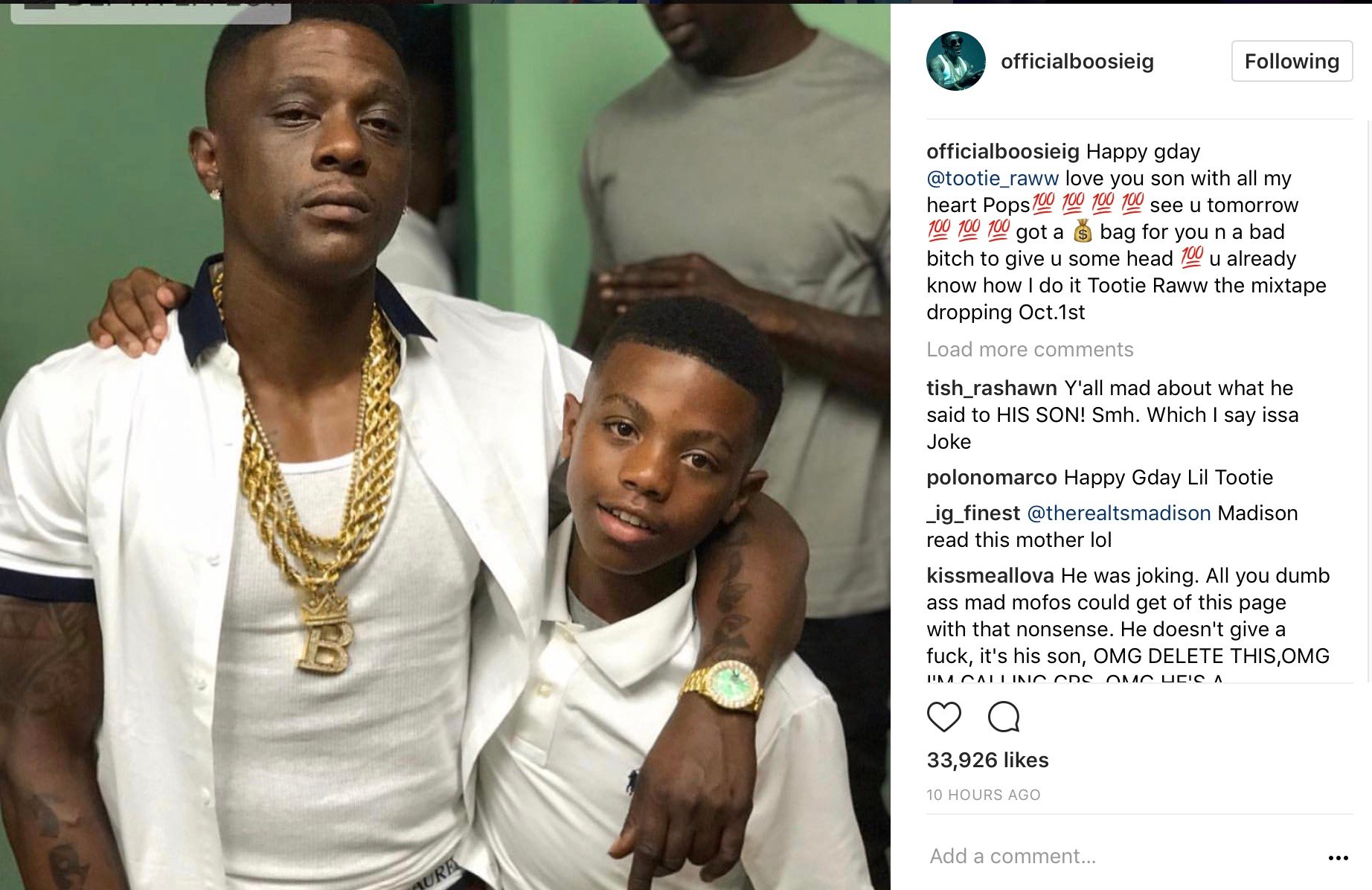