Game Pens Epic Open Letter: “13 & 1/2 Years Ago She Told Me She Was Pregnant, I Was Still Recovering From My Bullet Wounds”

West Coast rapper Game has penned possibly his best open letter – ever. The hip-hop veteran went to Instagram Friday (June 9) to reflect on his 13-year-old son and ex-girlfriend.

Game jumped on IG and remembered the day he had Harlem Taylor at a photoshoot for his 2005 album The Documentary. From the books to the hoop… 9th grade we will be ready !!!! @bonecollector6 wit him all summer 17 😱😱😱😱 #yellowtapehoops @hvrlemtaylor #doworkson

My son headed the 2017 Dean's List, got 4 academic awards today & remains at the top of the middle school honor roll this morning & il so proud !!!!!!!!! 8th grade graduation bout to be a breeeeeze lol…. my baby boy goin' up wit his honor roll gang……. Krazy that the baby from my 1st album cover is on his way to highschool…….. damn, time flying…… already talkin to me about a Bentley when he turn 16…. boyyyy if you don't sit yo barely being able to skate nose like me head ahhhhh down somewhere 😂😂😂😂😂😂 Congrats son, I'm sooooo proud of you 🙌🏾🙌🏾🙌🏾🙌🏾🙌🏾🙌🏾🙌🏾 #StraightAsFromKindergartenThroughMiddleSchool #KillEm I'll take my son @hvrlemtaylor & his cool smart clique 👉🏾@sebastian._.molina @xxvictornunoxx @kidquizz @brandxn.__ over me & my dumb ass homies at their age any day #educationiskey🔑 #ProudFather 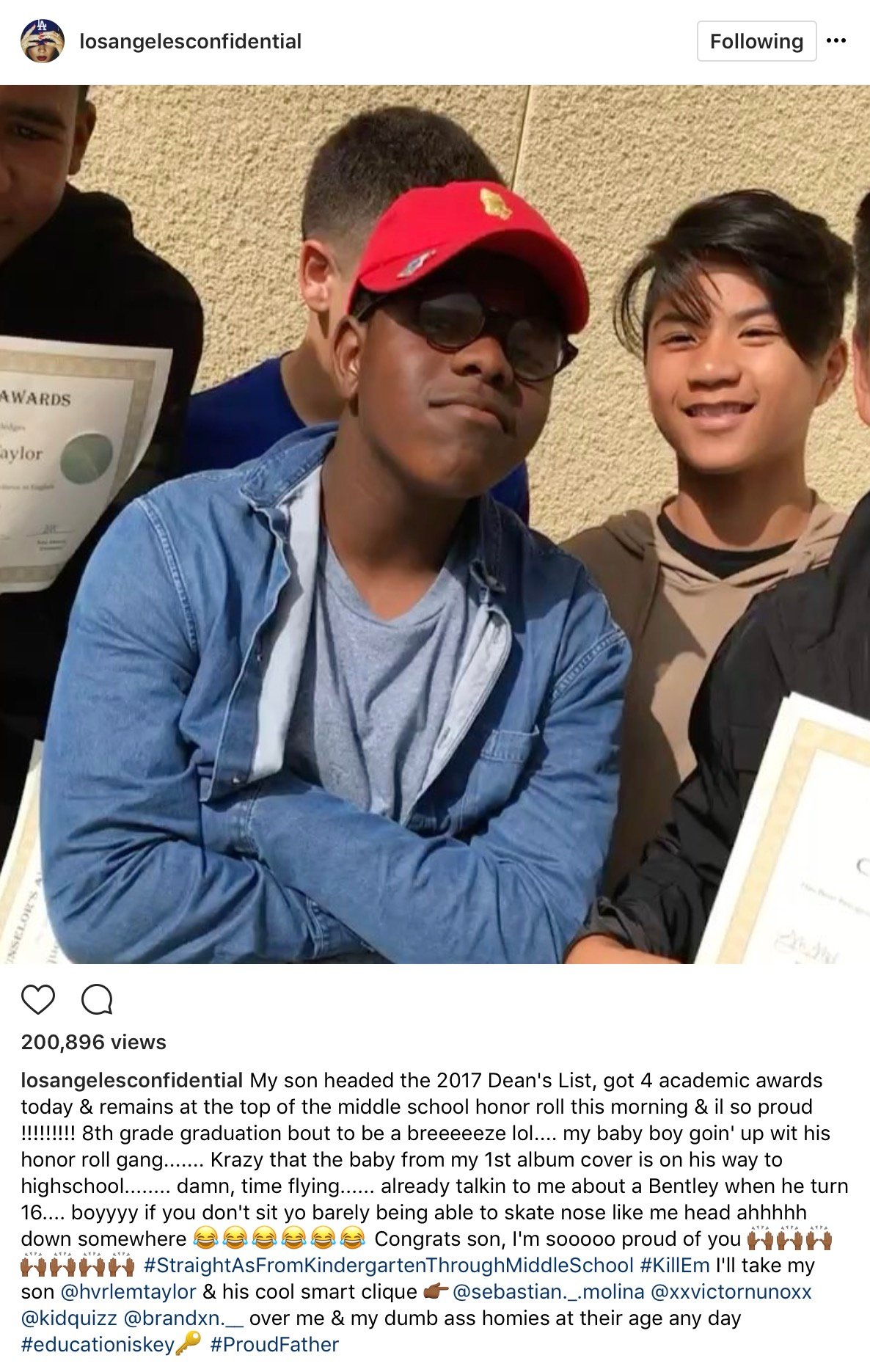 Recently, Game went to IG to show off a new recording studio and reveal what fans could expect from his upcoming Westside Story effort.

A few weeks ago, the hip-hop veteran linked up with Top Dawg Entertainment’s Kendrick Lamar. 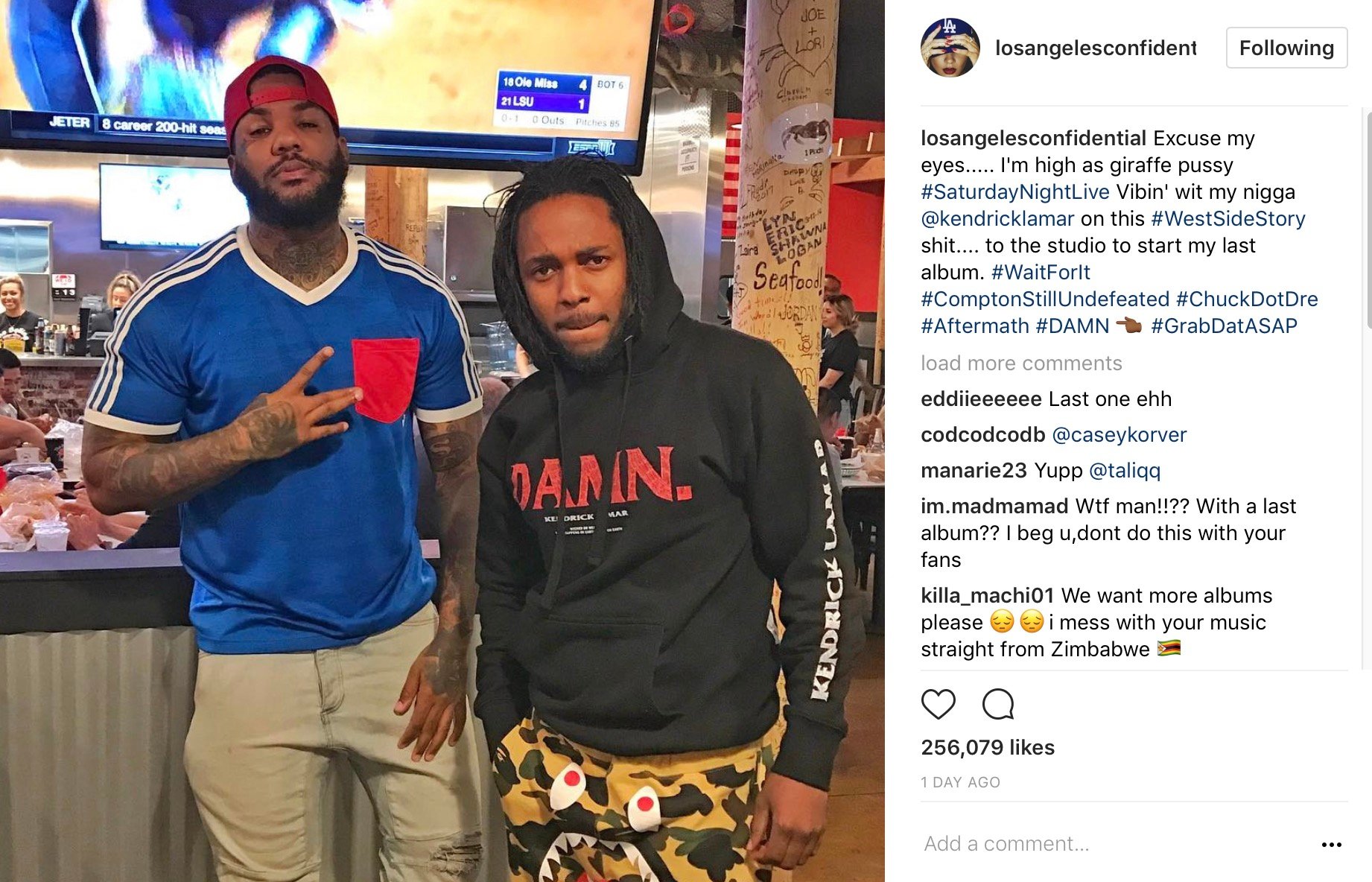