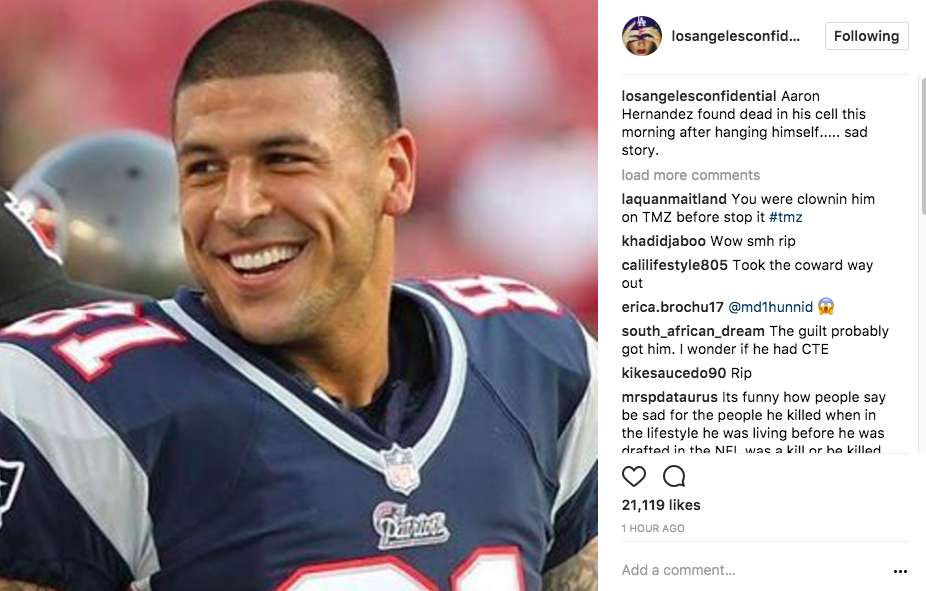 Former NFL star Aaron Hernandez, who was serving a life sentence for a murder conviction and just days ago was acquitted of a double murder, died after hanging himself in his prison cell early Wednesday, Massachusetts prisons officials said. Hernandez, 27, was found by guards in his cell at the Souza-Baranowski Correctional Center in Shirley just after 3 a.m., Department of Correction spokesman Christopher Fallon said in a statement. (ESPN)

Additional reporting claims Aaron took his life by hanging himself.

The 27-year-old former New England Patriots tight end hanged himself with a bed sheet attached to a window in his cell at the Souza Baranowski prison in Shirley, the Massachusetts Department of Correction said. His body was discovered at 3:05 a.m. “Lifesaving techniques were attempted on Mr. Hernandez, and he was transported to UMass Leominster, where he was pronounced dead at 4:07 a.m.,” the correction department’s statement reads. (CNN)