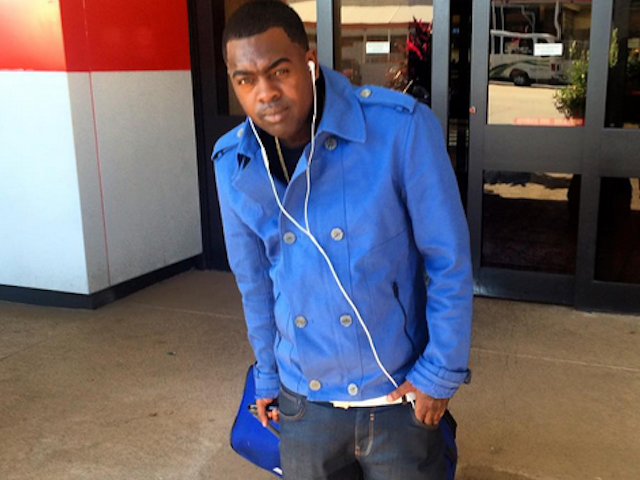 G-Unit’s Kidd Kidd Tells Lil Wayne To Watch His Mouth: “You Can’t Say No Bulls**t Like That” [Video]

In a new interview, Kidd Kidd scolded his fellow Louisiana pal for downplaying the significance of the police brutality awareness movement.

“Look, real talk, I don’t know what the f*ck that n*gga was on that day and that’s just being trill. I don’t know what the dude be on. I know Wayne … I know you know better than that. You can’t sit up here and say you don’t know nothing about Black Lives Matter and you don’t pay attention to this and pay attention to that. My n*gga, you an old hermit. You watch TV all day. I know you know what’s going on out here with us and our people. Don’t act like you don’t care. You probably don’t care. Don’t get it twisted, you probably don’t care about what’s going on with people but you can’t say no bullsh*t like that my n*gga.”

@liltunechi This is my son & daughter showing me this for the first time & asking me what you mean? I'm at a complete loss of words here. Wayne I've known you over a decade. Our daughters grew up together practically. Reginae' spent countless times at my house with Niq-Niq when you were in prison & you extended my daughter the same courtesy when I was in the same position. Our relationship outside of music is what makes me sensitive to your disposition. I KNOW you wired a bit different than most other responsible adults, but still nigga U TRIPPING!!!! I don't know what you goin thru,or what you are attempting to avoid but this shit is absolutely unacceptable!!!! You're disrespecting yourself,bringing shame on your family name & tarnishing your legacy. You have children (including mines prior to now) that have looked up to you. You have sons & a daughter that depend upon your leadership. Bro if you don't stand for something out here,all the money,jewelry,cars,mansions bandannas & hit records don't mean shit!!!! Our people are being oppressed!!! We are being hunted,captured & slaughtered out here daily!!! You have to get outta that bubble that you've been living in & get out here & educate yourself on what's going on around US!!! I'm always here to share whatever knowledge or understanding I may have to assist your growth & development,but u MUST STOP this buffoonery & coonin' you out here doin. You looking like somebody who has something to gain or lose by pretending like it's not as bad as BLM making it seem & you're not aware of an issue that needs to be addressed. That's what would be considered "Uncle Tom Shit"…. I know U,YOURE BETTER THAN THIS!!!!! I've been proud to call myself a fan & a friend of Lil Wayne ,but if that must end in order to stand up for those who can't do it for themselves…So be it. If you're not prepared for a question in an interview,say No Comment Bro. But stop embarrassing yourself & everyone out here who's been supporting you. There is no middle ground. Oppression knows no neutral party,either you're part of the oppressed,or you with the oppressor. There is no such thing as oppression not affecting you. It's #USorELSE out here

Entertainment personality Dr. Boyce Watkins had publicly ripped Wayne over his open apology for exploding during the “Nightline” interview.

“Hey what’s up, I’m Dr. Boyce Watkins. I’m here in Treport, Louisiana and I heard that Lil Wayne apologized for his disrespectful remarks about Black Lives Matter, about black people, about black women and you know, I would say it’s fine to apologize. But the thing is, he has to show that his apology is more than just a ploy for money or to protect his brand. The fact of the matter, brother, is you have a lot to apologize for. You really need to kind of apologize for the last 15 years. You’ve got a daughter and you’ve been calling a lot of other people’s daughters b*tches and h*es but in the interview you got mad because the interviewer said – asked you how you feel about your own daughter being cast as a b*tch and a h*e. Well, if you don’t like your own daughter being cast in that light, why are you putting my daughter in that light? Why are you putting other black men’s daughters in that light? Or just other men’s daughters and women’s daughters in that light? It’s wrong. I think you need to apologize a lot. I think about 8,000 apologies will do the trick.”

Lil Wayne apologized for his comments, but he also needs to apologize for this

Wayne tells TMZ … “When the reporter began asking me questions about my daughter being labeled a b*tch and a h*e, I got agitated. From there, there was no thought put into her questions and my responses.” Wayne told us, “Apologies to anyone who was offended.” (TMZ)