1.5k Views Comments Off on G-Unit’s 40 Glocc Explodes On Prostitution Reports: “I’VE BEEN LOCKED UP FOR SH*T WAY WORST THEN THIS”
Share
Advertisement

G-Unit affiliate 40 Glocc isn’t here to prove pimping ain’t easy or hard. The hip-hop veteran has come forward to speak out on headline-generating buzz over him getting arrested on a prostitution charge.

40 went to Instagram last night (July 17) to deny the prostitution charges and provide some clarity into what really went down. 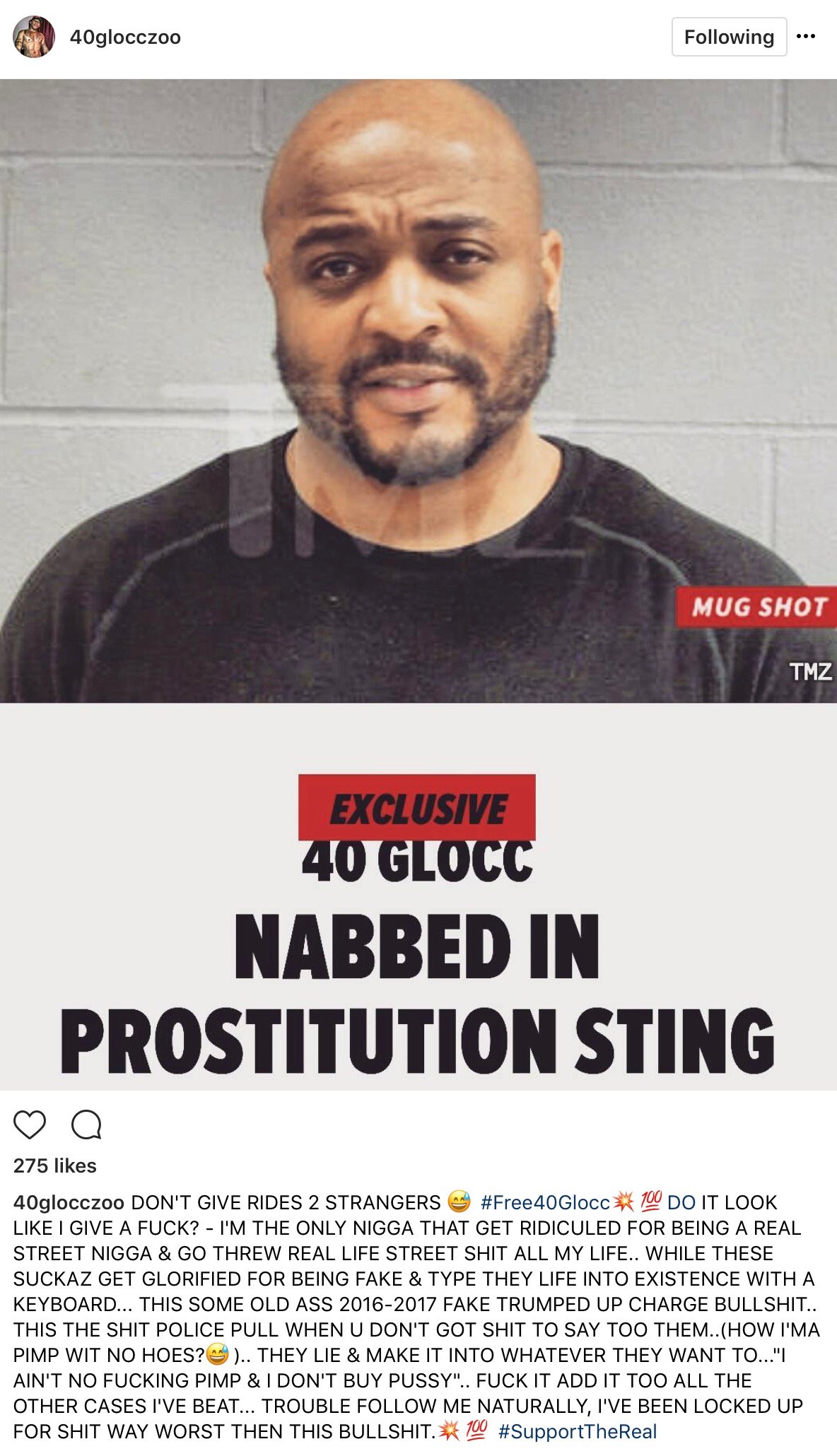 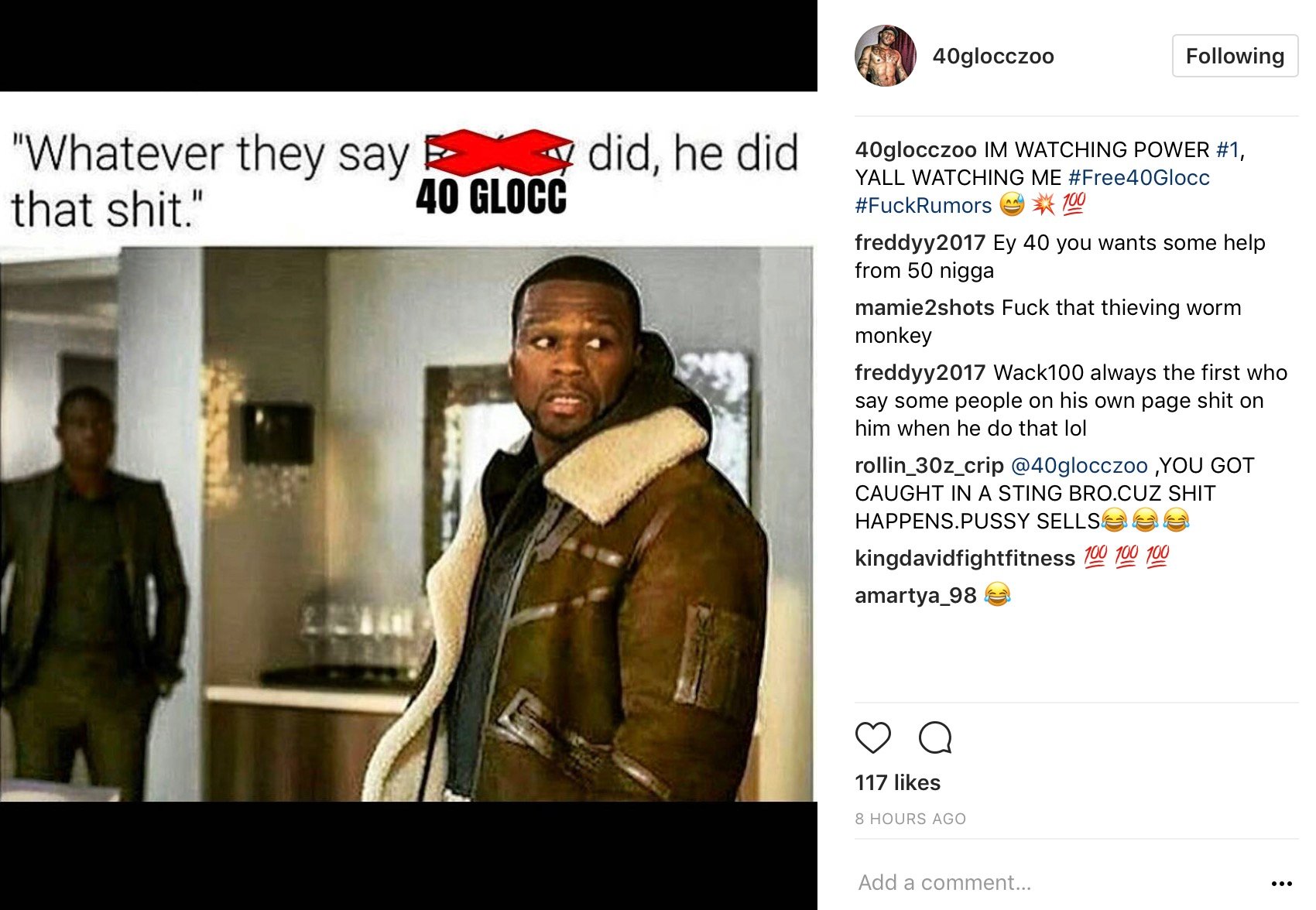 Hours prior, 40’s rap rival Wack 100 wasted no time and lit him up over the arrest coverage. 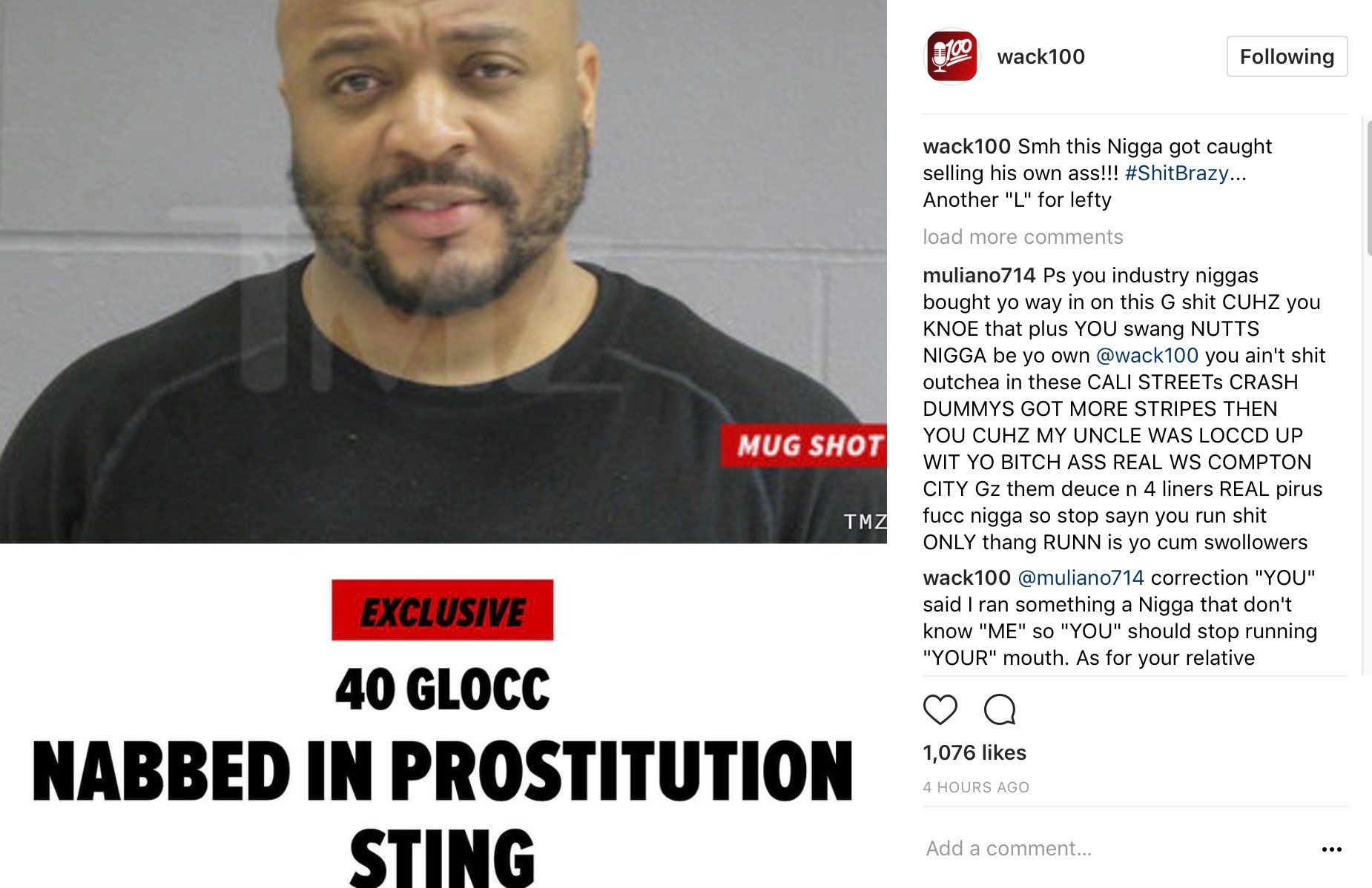 Earlier in the day, buzz developed over a February Glocc bust.

In docs, obtained by TMZ … on February 23, the 41-year-old drove a woman to an unknown location after an undercover cop contacted her through an ad posted on Backpage.com. The woman was arrested but not before cops noticed a Bluetooth headset around her neck with a live call on the phone. While processing the woman, cops noticed the car that dropped her off took off. Cops ultimately located the car and found Glocc with cuts on his hands from allegedly smashing multiple cell phones in his possession to avoid detection. Glocc was arrested. (TMZ)

Last month, the hip-hop artist reflected on nearly dying after getting shot multiple times at a funeral service. 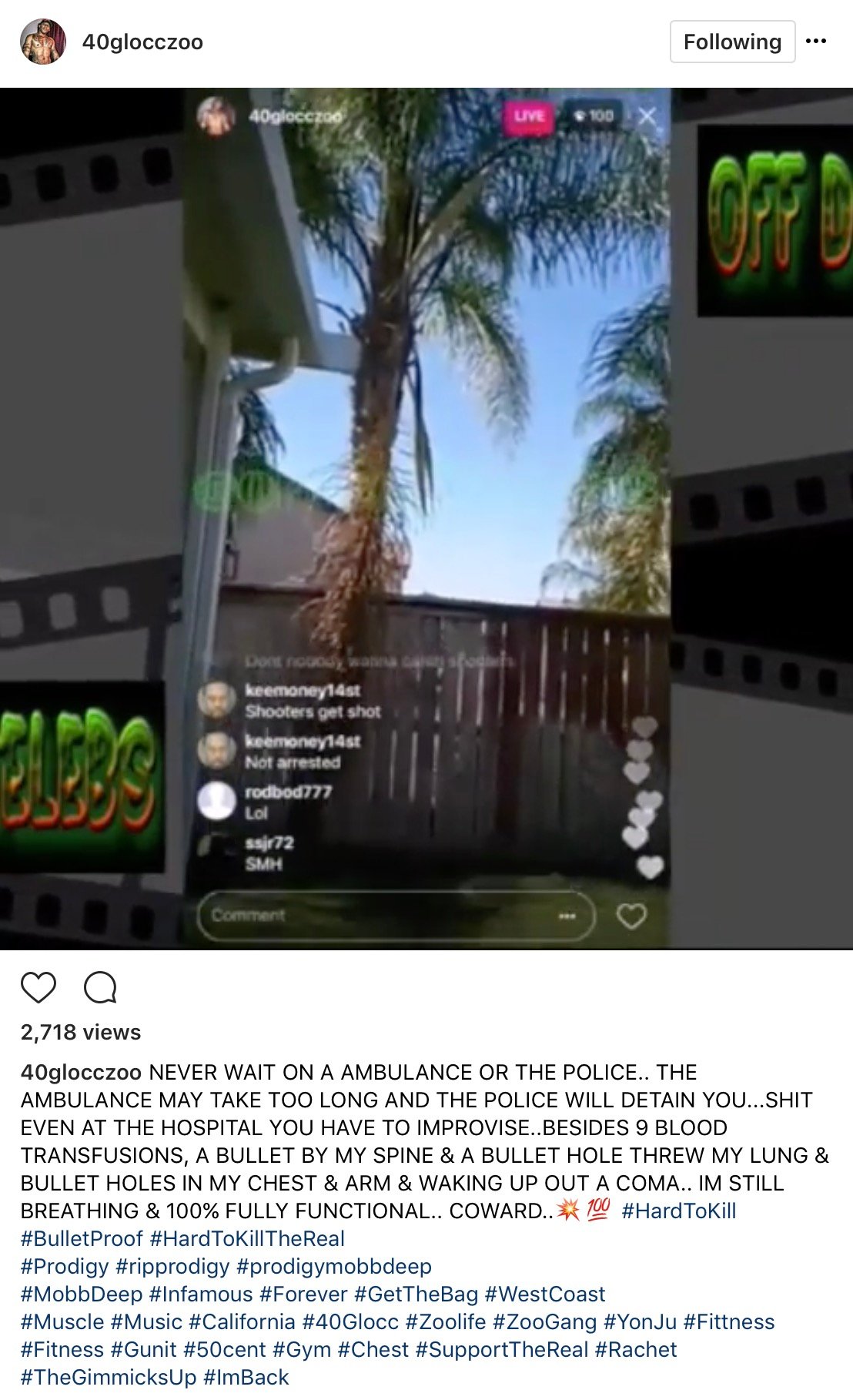 Comments Off on G-Unit’s 40 Glocc Explodes On Prostitution Reports: “I’VE BEEN LOCKED UP FOR SH*T WAY WORST THEN THIS”