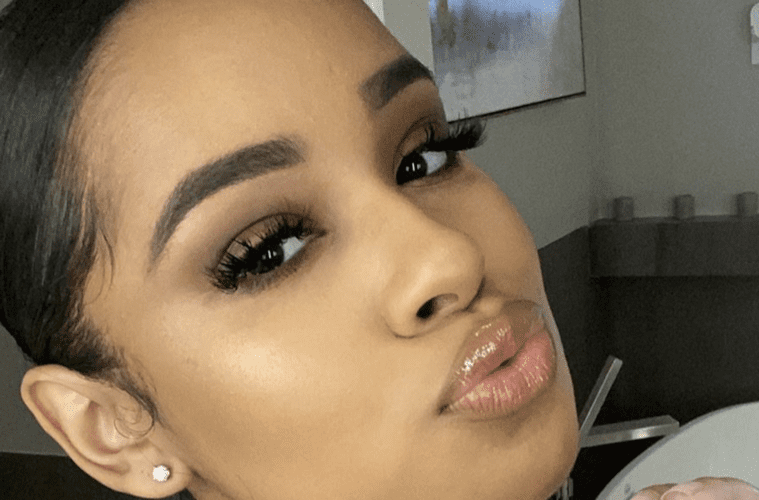 Chicago rapper G Herbo has a true one in his bae Taina Williams. The curvy model went online this week to show her support for his newly released PTSD deluxe album.

On Friday, Williams went to Instagram with a major plug. Taina Williams shared pics of herself rocking PTSD deluxe merchandise.

After mounted anticipation, G came through on his new album release Friday morning. The project now comes with 14 tracks and guest spots with Lil Durk and Lil Uzi Vert.

Normally, when artists release the deluxe versions of their albums, we can expect between one and three additional records to the original — but not G Herbo. He’s doing things completely different by dropping a full length project filled with all new music. Two weeks ago (May 12), he took to his Instagram to announce PTSD Deluxe and fans went belligerent.  With the continued quarantine intact and other catastrophes embedding themselves in these horrific times, G Herbo shines some light by delivering in a way that Chicago artists only know how — effectively. It would behoove you to get in tune with PTSD Deluxe as soon as possible. (REVOLT TV)

Recently, Herbo talked about the importance of his latest album. Specifically, he dished on dealing with real-life post-traumatic stress disorder for over a decade.

“I always made music based upon my life, and things I am going through. So PTSD just came from years and years of having post-traumatic stress disorder and not being able to deal with it, or even acknowledge the problem. I was clinically diagnosed after years and years of being in the streets and seeing my homies die and being paranoid, having to carry weapons, and having the survivor’s instinct. I have had [PTSD] for well over 10 years of my life.” (Rolling Stone)

Over the past few hours, Herbo has made sure to support his new album. He’s promoted the project across his social media pages.